These are a traditional Christmas time dessert from Provence France.  They are a vegan brioche so rather than butter there is olive oil used instead.  This recipe was posted by Melissa over on Breadtopia and I followed her excellent formula.  I did make some changes.  I did not have ground anise so instead used Chinese Five Spice.  Also instead of just orange, I used a combination of Meyer Lemon and a smaller amount of orange.  Pompe å L’Huile recipe 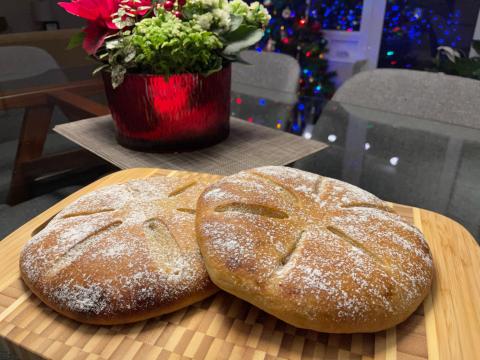 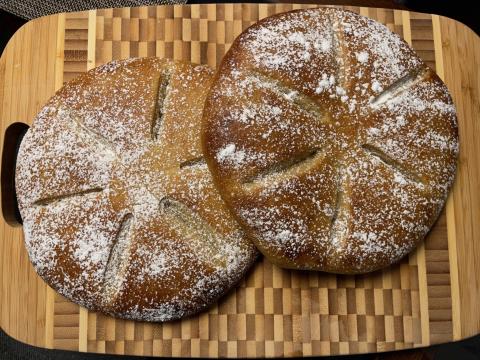 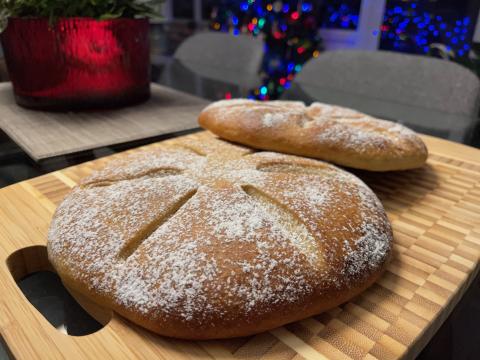