While the Wife is away, Dad and Kids eat Sourdough Pizza!!! HAHAHAHA

While the Wife is away, Dad and Kids eat Sourdough Pizza!!! HAHAHAHA

Took a break from baking bread for a few days to work on Christmas presents out in the shop and fail to fix an unruly toilet.

Got to bake pizza tonight. My favorite type of bake. My wife is out of town, so I got to take a departure from my 100% whole grain bakes. Tonight, we dine on 100% Central Milling Organic Unbleached All Purpose Flour. Bag says it is a mixture of wheat flour and malted barley flour.

Since I was baking for 5 kids and myself, I ended up baking 7 different pizzas (one small bonus pizza at the end because I didn’t weigh something right when dividing my dough). Having so many different pizzas to bake is nice because I get to experiment with bake times and other variables. I also get to see how the oven bloom changes throughout the bake.

Lessons to be Learned from this Bake:

Comparing what I did to Vito Iacopelli:

I had watched this youtube video on hydration levels a few weeks ago. Vito recommends 70% hydration in the video. I’d say my 70% dough behaved much like his 70% dough. Vito was much more assertive with his dough handling than me, and a big difference between his shaping and mine… Vito pie is thinner in the middle and has a thick ring around the edge. I went for even thickness throughout. I wonder though… maybe there is some benefit to that approach… basically you get the fast cooking thin crust in the middle where the toppings will be, and the cornicione can be big and blister on the edge. I don’t know… seems like you would end up with a lot of untopped cornicione, but maybe some people love that. 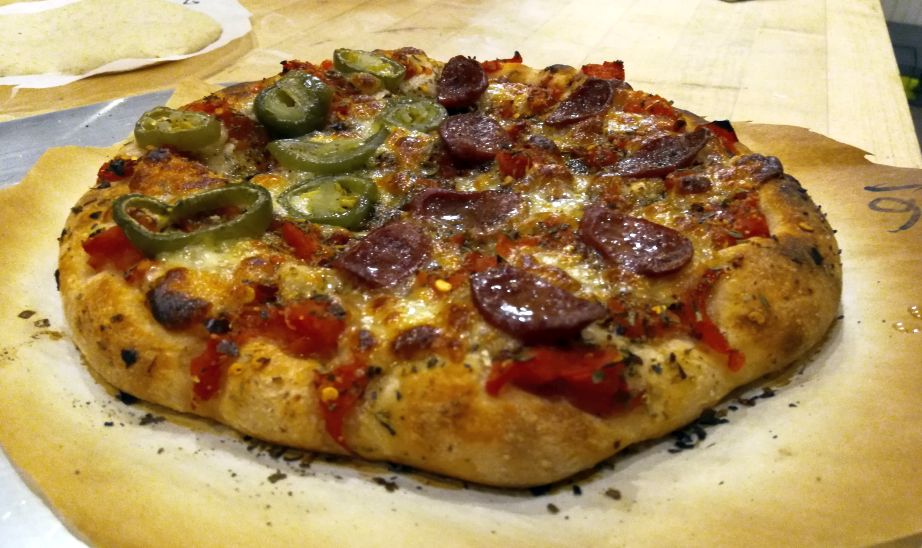 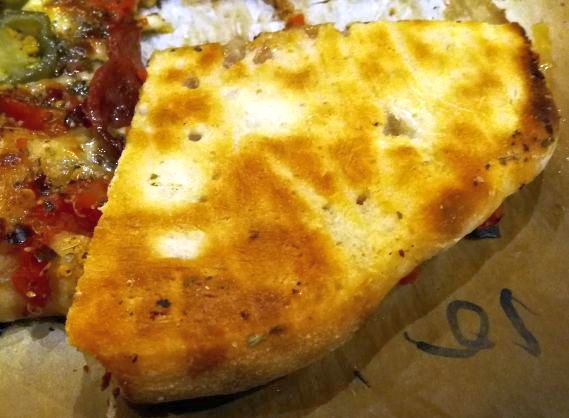 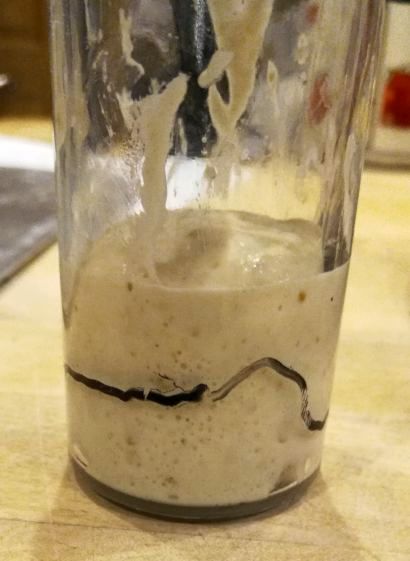 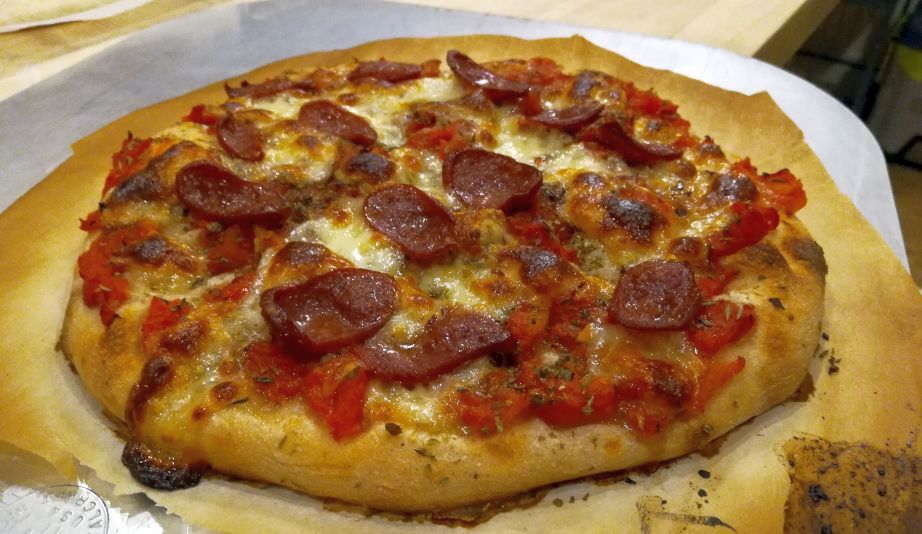 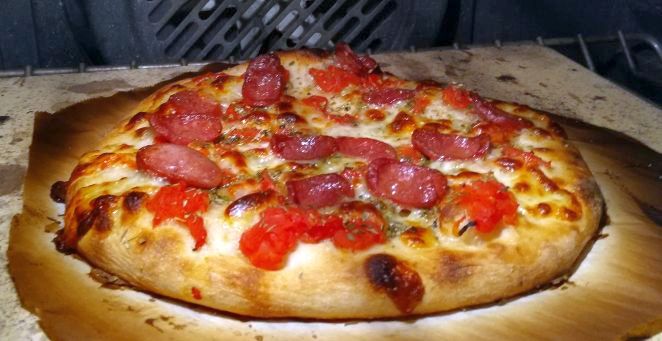 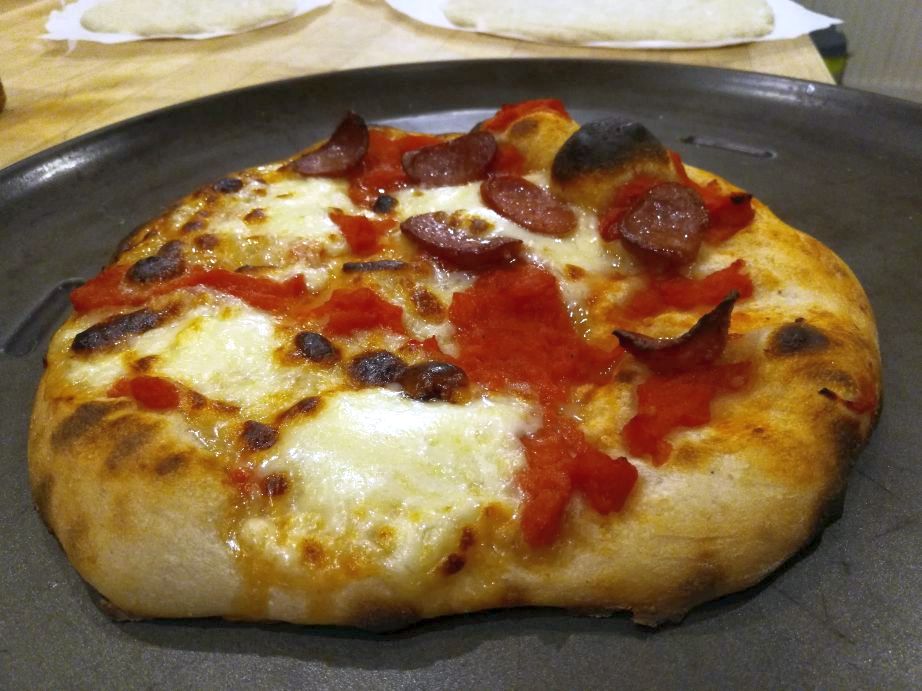 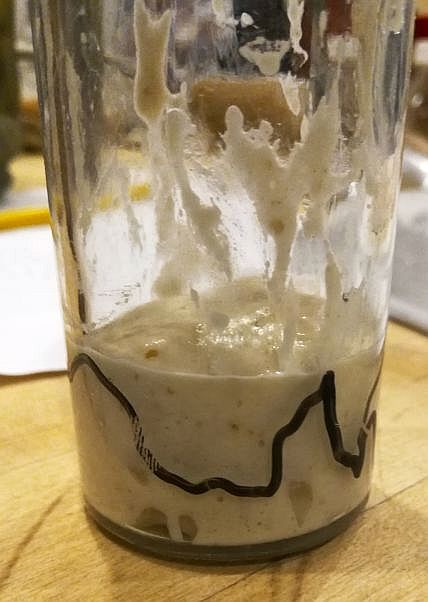 Aliquot when the first pizza went in at 7pm 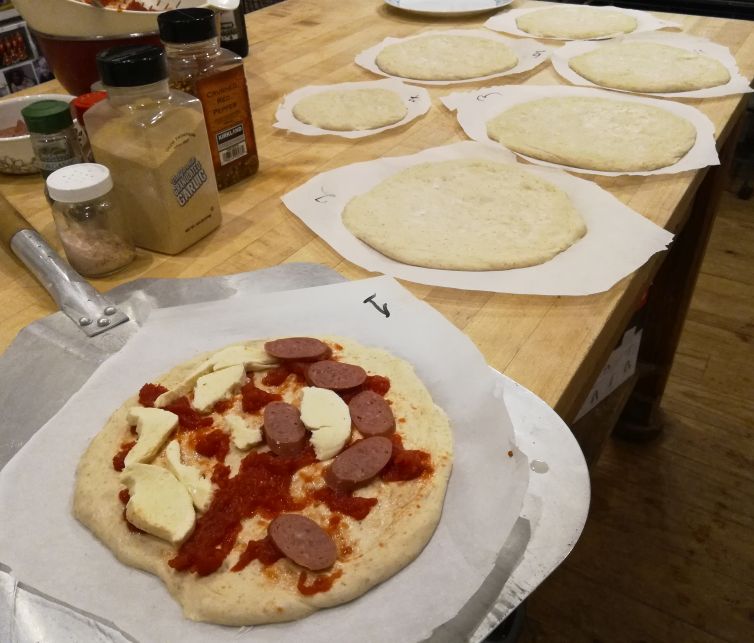 The pies after shaping and my son topping his.