Apple Pie Bombs are a fun and tasty way to get all the flavors of an apple pie without all the hassle of baking a homemade pie. Store-bought biscuit dough is used to hold in the apple pie filling and then air fried. For added flavor, the fried apple pie bombs are dipped in butter and rolled into an apple pie spice and sugar coating.

This recipe was inspired by Miss in the Kitchen’s Air Fryer Churro Apple Bombs recipe.

The ingredients in this recipe are pretty simple, and there are only six of them.

Apple Pie Spice: The apple pie spice is used in the coating to add even more apple spice flavor. If you don’t have any on hand, I have a homemade apple pie spice recipe here! You could get by with using a cinnamon and sugar coating if you can’t get ahold of any apple pie spice.

Biscuits: I used a can of store-bought biscuits for this recipe. It was easy and they air fried to a nice golden brown in the air fryer. You could also make these with pie crust dough.

Apple Pie Filling: I added a teaspoon of cinnamon to the store-bought apple pie filling. I thought it needed a bit more spice. Also, chop the apples into smaller pieces. However, if you are using homemade apple pie filling, you could get by without the added cinnamon. 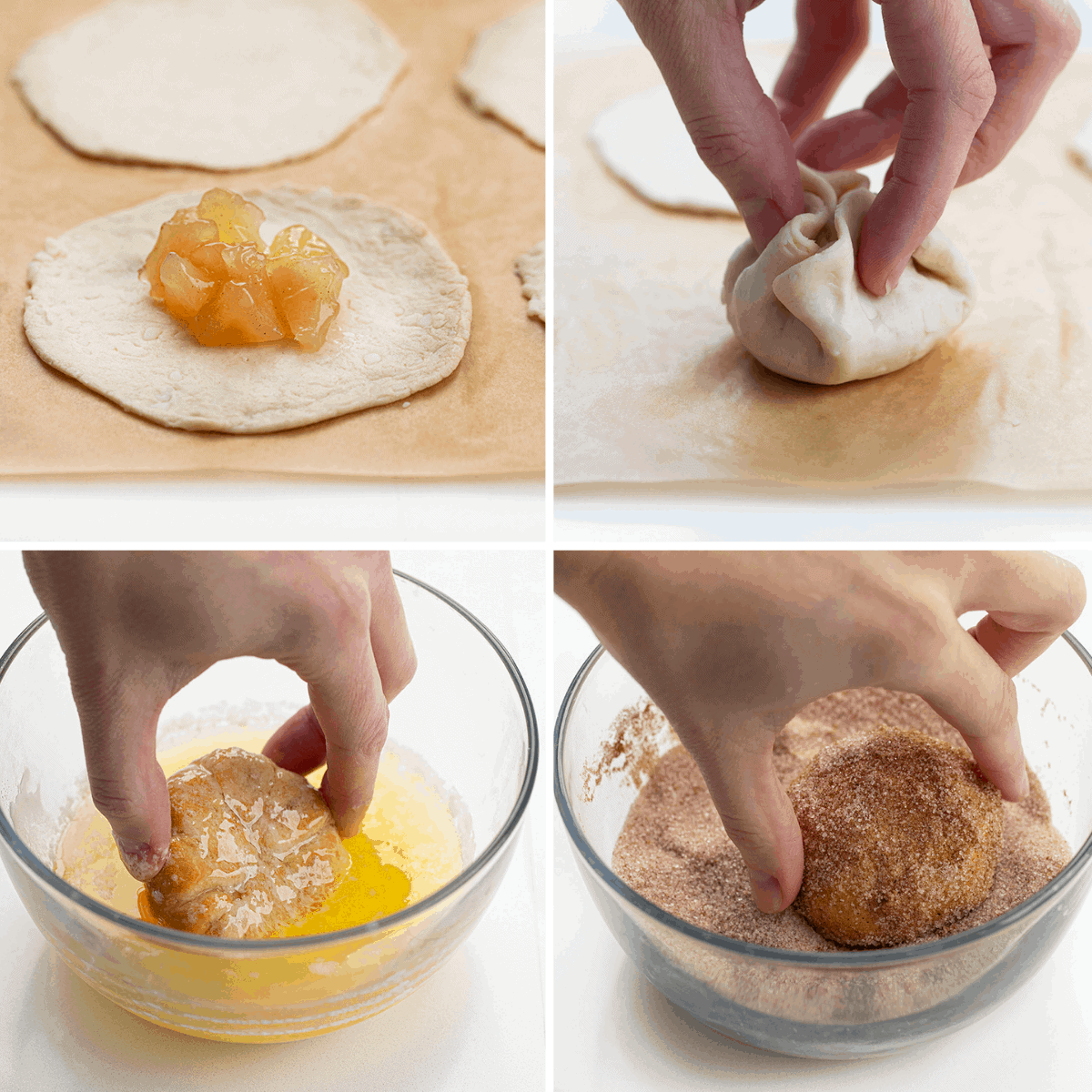 These are a sweet snack that is easy to make and will satisfy your sweet tooth! To make the apple pie bombs, mix the apple pie spice and sugar in a medium bowl, and set it aside. This mixture will be the sugary coating.

Next, remove the biscuits from the can and separate each biscuit into two layers. Flatten each layer out a little bit; you will have 16 circles to fill. Spoon about a tablespoon of the apple pie filling onto the center of each circle. Pinch it together with your fingers and roll it into a ball, making sure the filling is inside the dough.

When ready, work in batches to air fry each apple pie bomb. Once they have been fried, remove them from the air fryer. Dip each one into a bowl of melted butter and coat with the apple pie spice and sugar mixture. Serve immediately or let them come to room temperature before serving. Both ways will still satisfy that sugar craving! 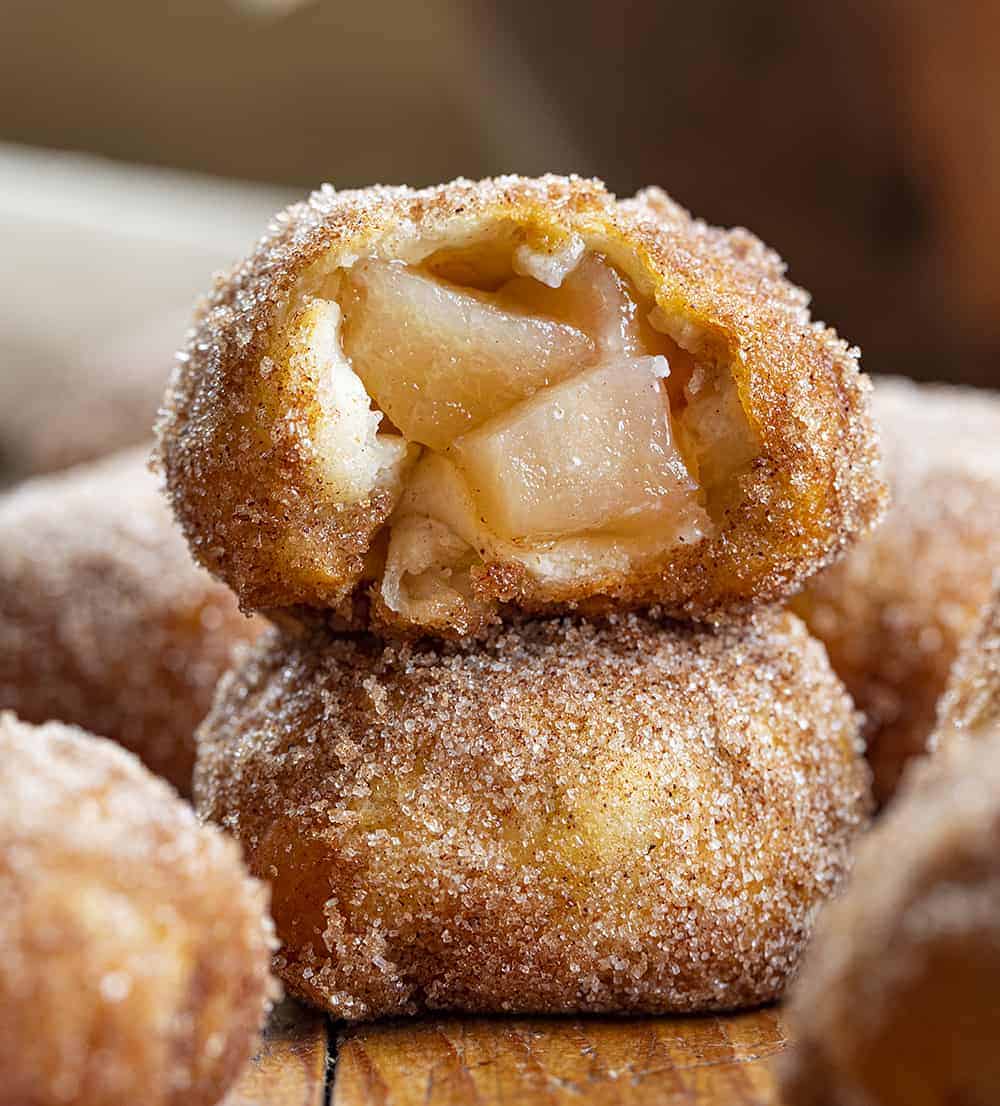 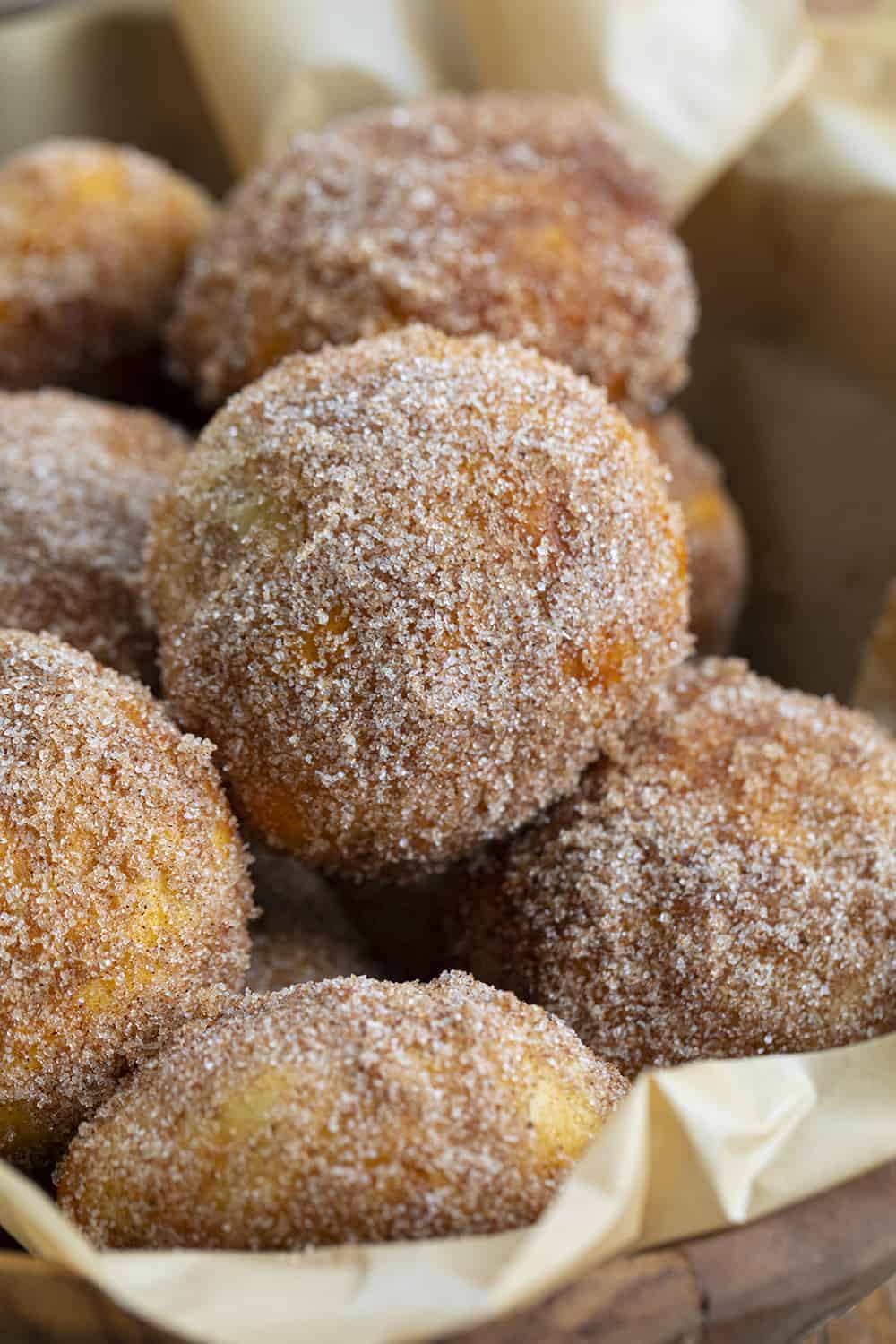 Calories: 154kcal
Tried this recipe?Let us know how it was!