Apple Butter Cheesecake is a no-bake cheesecake made with a graham cracker crust filled with a creamy cheesecake and apple butter swirl. Try my Caramel Apple Cheesecake for a baked cheesecake full of caramel apple flavor!

The star of this cheesecake is the homemade apple butter swirl that blends beautifully with the smooth and creamy filling. This is an easy and flavorful dessert to make, and there is no need to turn on the oven! 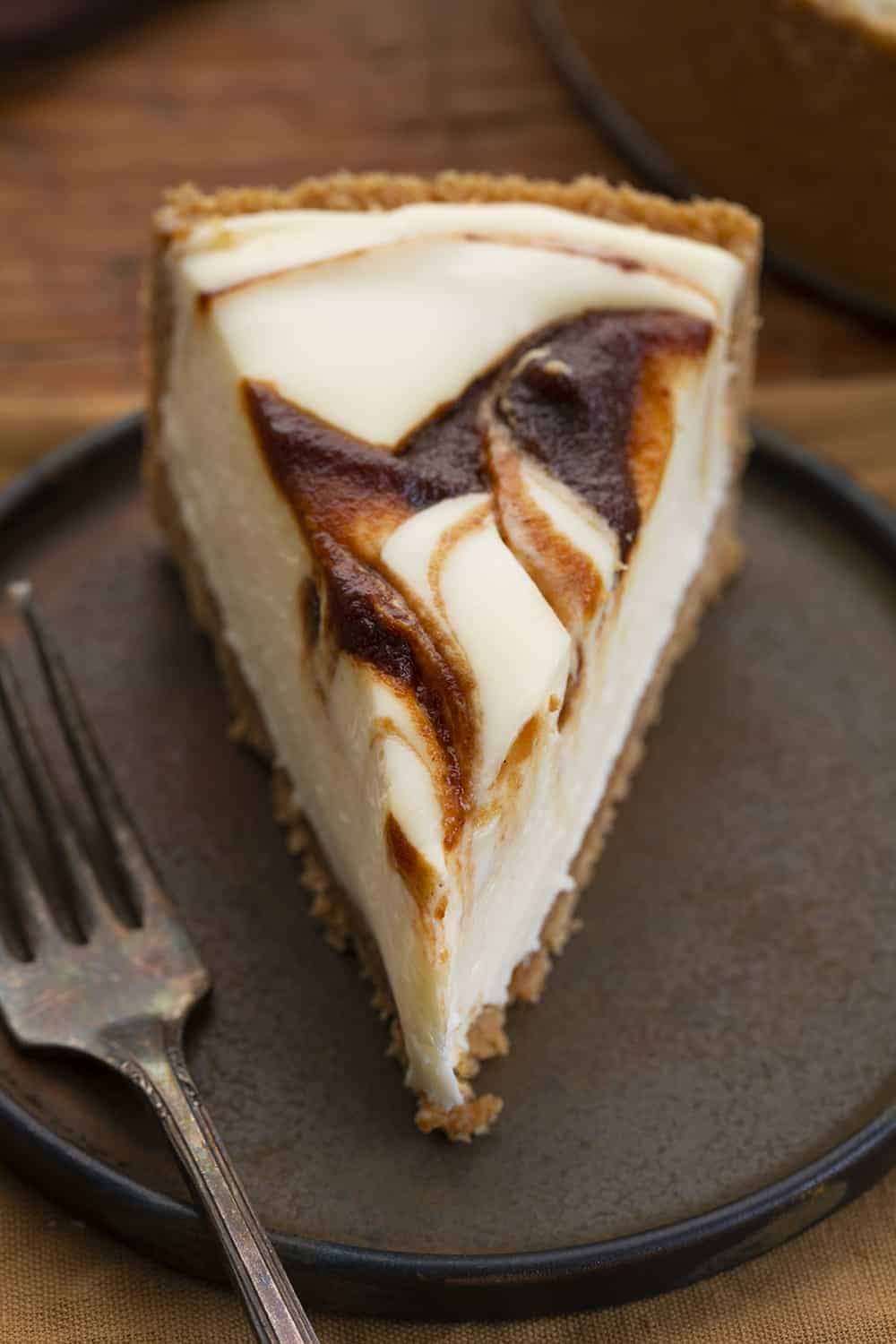 The filling for this no-bake cheesecake recipe is made with a special ingredient, heavy whipping cream. I have made several no-bake cheesecakes with the traditional sweetened condensed milk and always find that it tastes a bit different, or noticeable. 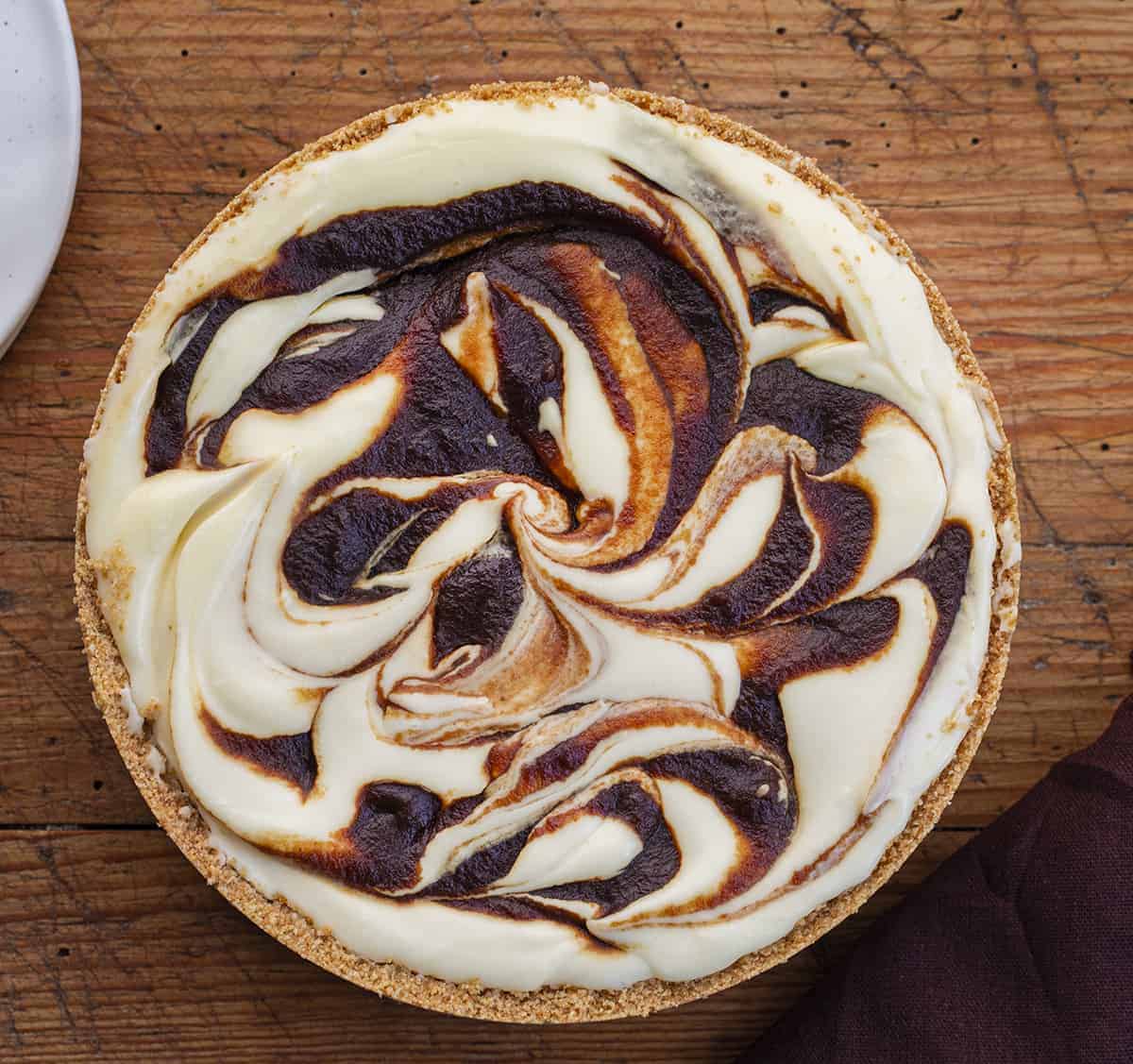 How to Make the Graham Cracker Crust

If you have to crush your own crackers, add them to a food processor and process until you have a fine crumb. You could also use a rolling pin to roll over the cookies that are in sealed plastic baggies to get them into fine crumbs. A hammer also works, but just gentle taps!

Combine the crushed crackers, cinnamon, and melted butter in a medium bowl until the mixture is combined. When mixing together the ingredients (with a fork), make sure every single graham cracker crumb is coated in butter. The butter acts as the binding agent. When you see recipes that have piles of graham crackers left on the plate, it is usually because they were not coated with butter. 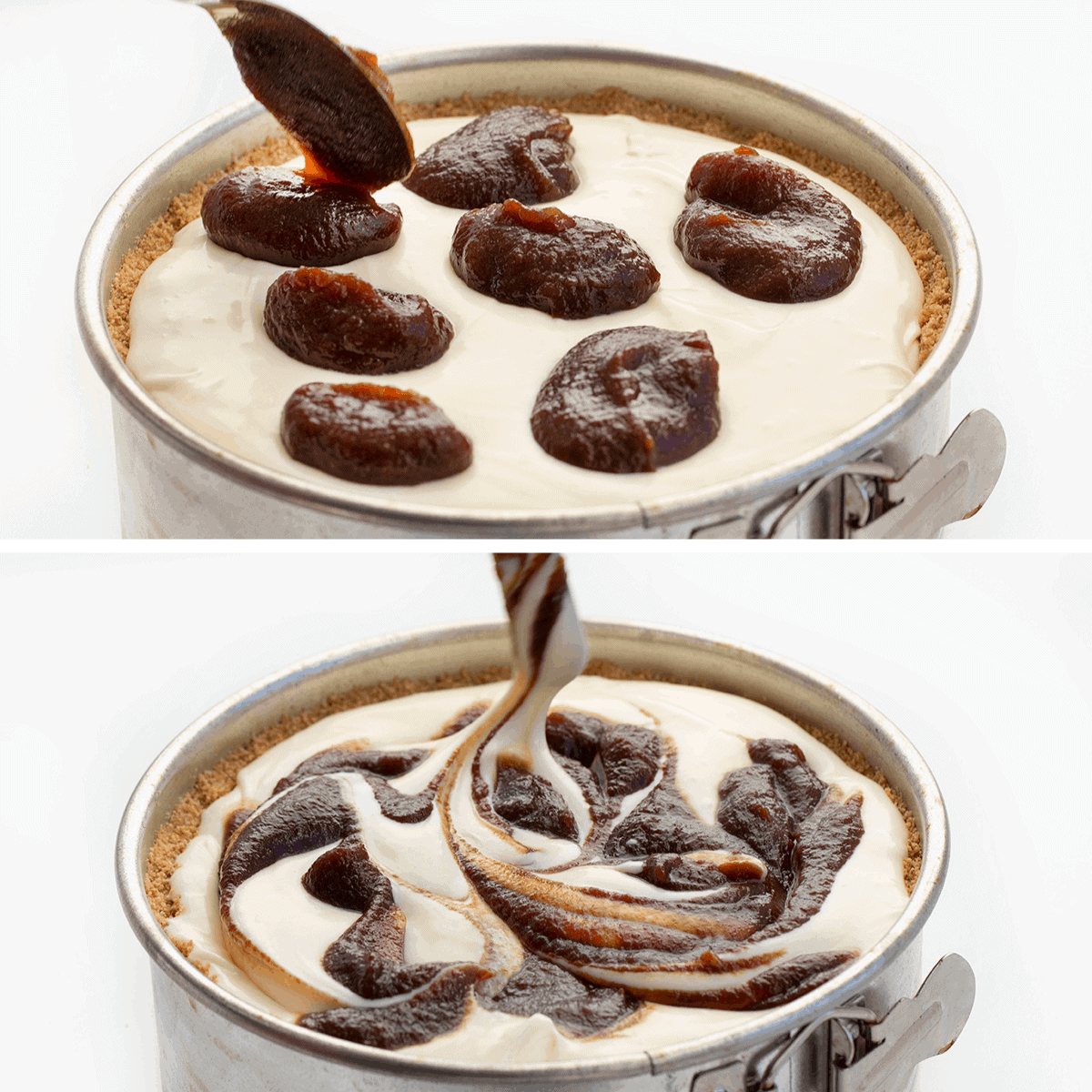 How to Make Apple Butter Cheesecake

After you have the graham cracker crust made press it into and up the sides of an 8-inch springform pan. Next, get the crust filled with the apple butter cheesecake!

To make the filling, first, beat the cream cheese and sugar with a hand-held mixer. It should be mixed until smooth and creamy. Next, stir in the heavy cream and fresh lemon juice. Spread the mixture into the crust and add dollops of apple butter on top. With a knife or offset spatula, swirl the apple butter into the cheesecake. Be careful not to scrape the crust as you are making the swirls.

Because we are using heavy whipping cream in this recipe it is essential that it chills in your refrigerator for at least 6 hours before serving. Overnight works best! Eat it as-is, or add a little homemade whipped topping to the top. 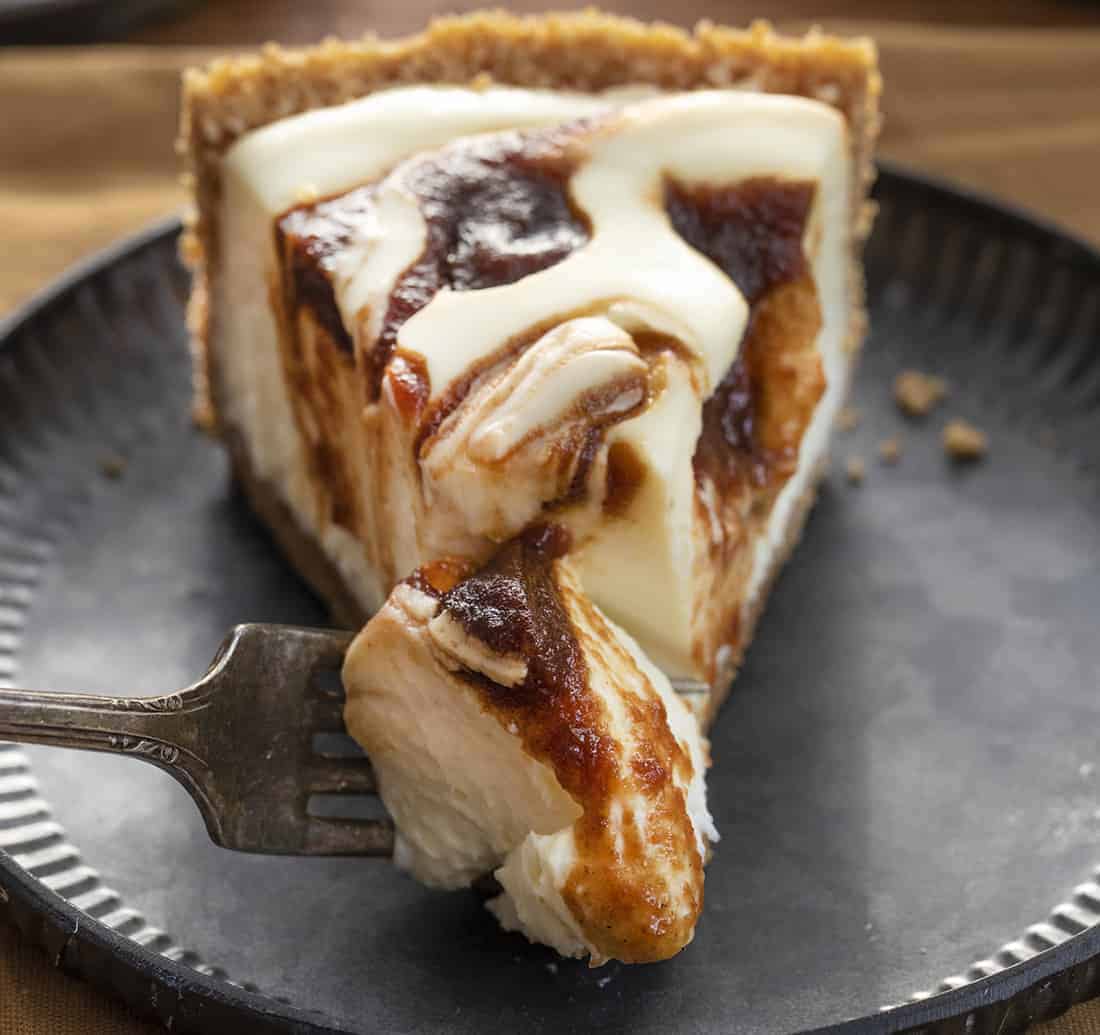 How to Store Cheesecake

Cheesecakes are rich and filling, so even though you may want to eat the entire cheesecake in one sitting, it’s not always (if ever) possible. So, how do you store it to eat when you are craving a bite later?

One easy way is to cover the cheesecake and store it in the refrigerator for a day or two. If you tightly wrap the cheesecake in plastic wrap or store it in an airtight container, it will last up to 3 days in the fridge. You can also freeze a cheesecake.

To freeze a cheesecake:

Calories: 427kcal
Tried this recipe?Let us know how it was!