Preparing to make a traditional panettone can sometimes be daunting, especially when I don’t have MANY ingredients!  A panettone recipe from Chef Alphonso Pepe calls for several citrus fruit paste. It is discouraging that I have to pause to prepare these ingredients every time before I can make his panettone.  I like spontaneous baking, and that’s why I love                             Use an automatic citrus peeler to peel both citrus fruits. 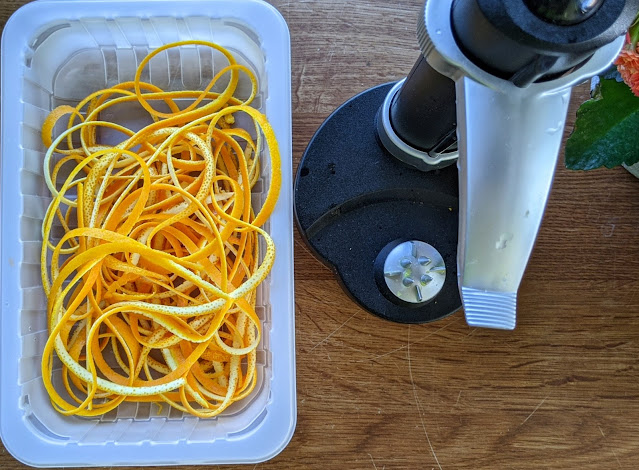 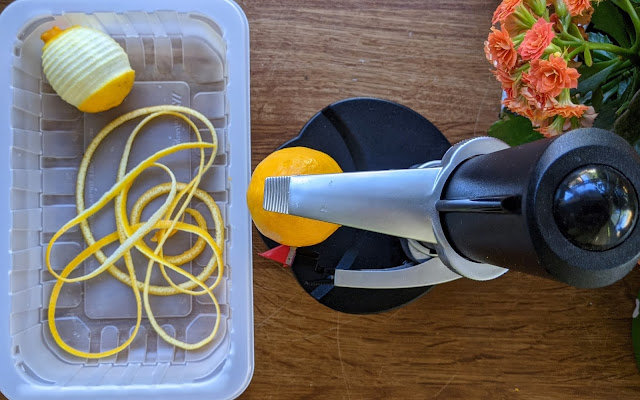 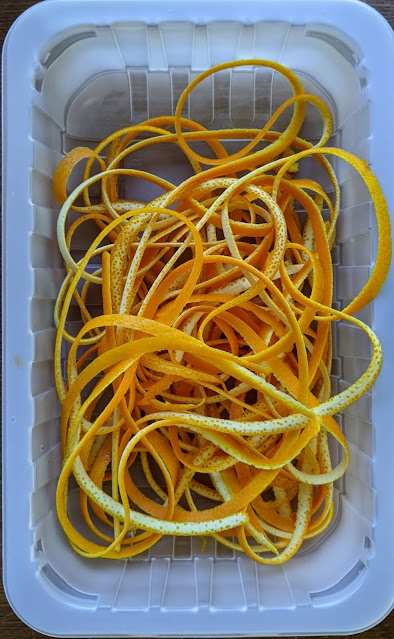 Roughly cut the citrus strands with scissors, then pulse them in a food processor. 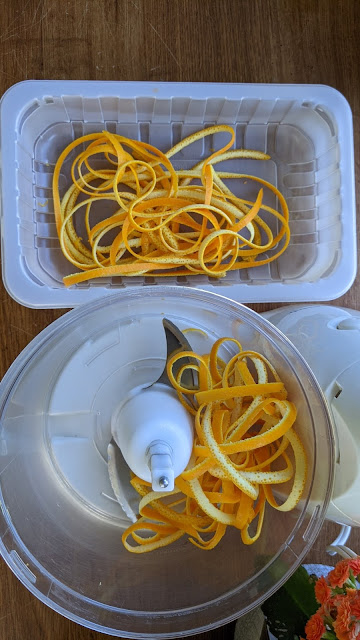 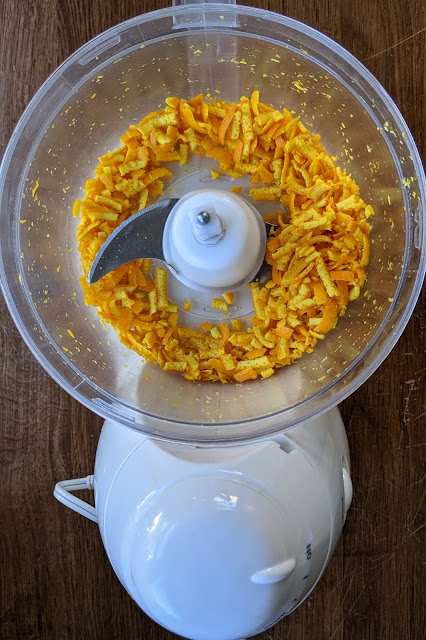 Use an electric juicer to juice the citrus. 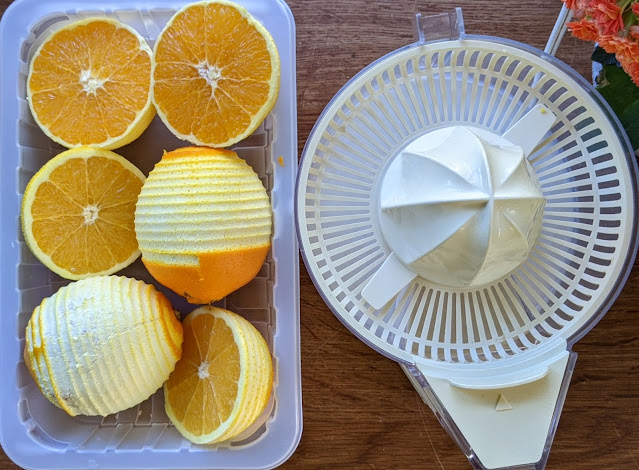 If you decide to also use the pith, process it at this stage to get rid of its bitterness. Then make sure to pulse the pith as well. 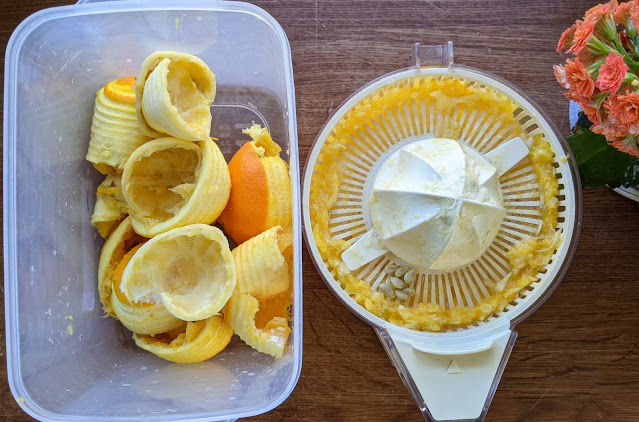 Use a pair of scissors to snip the extra pulp if you are not going to use the pith. 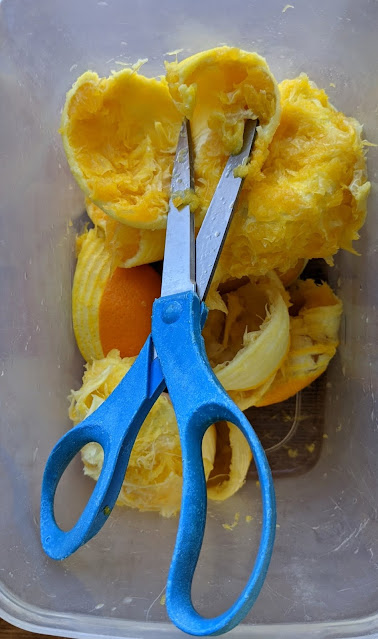 All three ingredients to make marmalade: 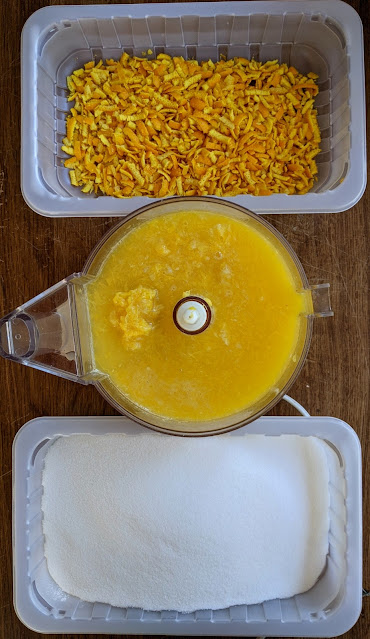 Dump them into the Instant Pot 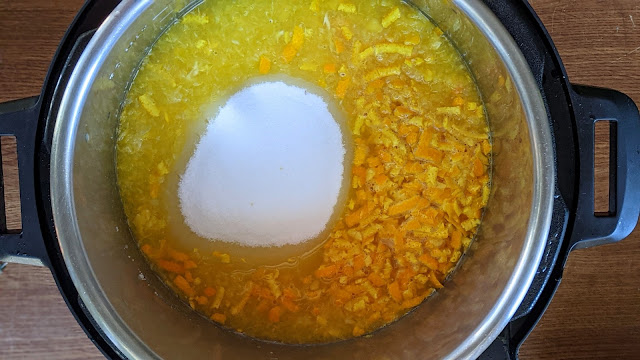 High-pressure cook for 5 minutes if you do not use the pith, and if you do, add a few minutes. Once depressurized, “saute” to boil the mixture until it reaches 220F. 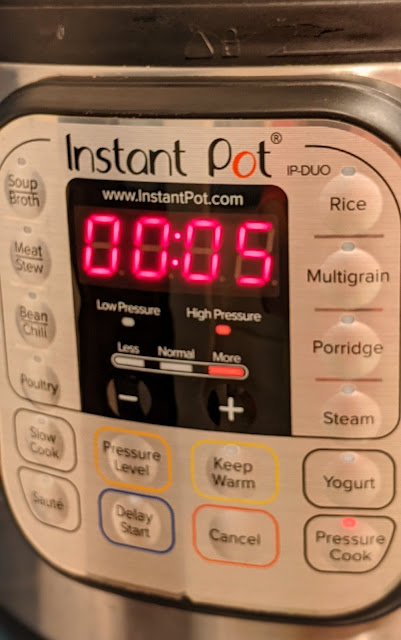 Load the marmalade in canning jars and process them using your preferred canning method. I found that ~900g of citrus at a 1:1 ratio of sugar yield ~ 5x250ml jars, which fit perfectly in my Instant Pot strainer. 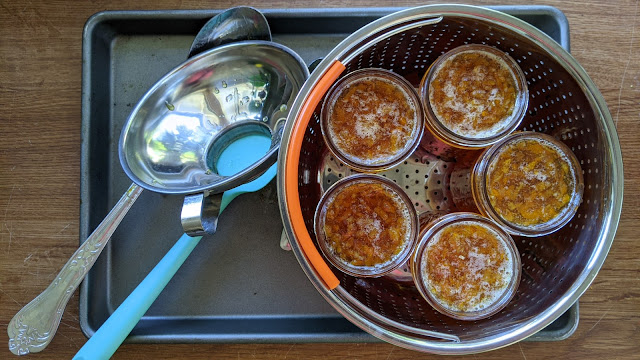 This is the orange marmalade that I made yesterday using the peel/zest part only. Without the pith, there were not enough peels to evenly distribute throughout the marmalade. It’s also harder to gel.  I had to increase the sugar to a final ratio of 1:2 for it to set, which made it syrupy. To avoid this, next time I may have to increase the peels to compensate for the weight of the pith not used, or I may have to resort to using some pith. 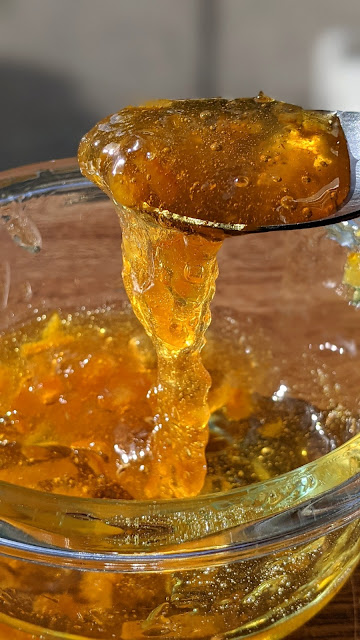 This is the mandarin marmalade that I made with whole fruit. So far, I’ve found that mandarin is the perfect citrus that yields the least bitter marmalade without extra pith processing. 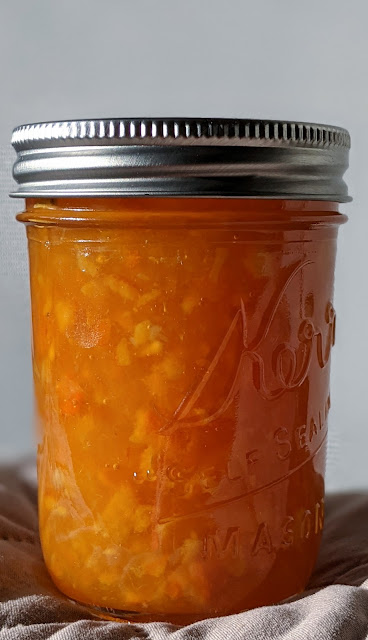 Vibrant color with the perfect taste and texture. 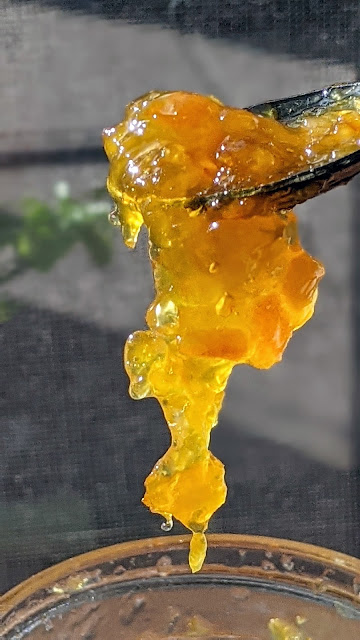 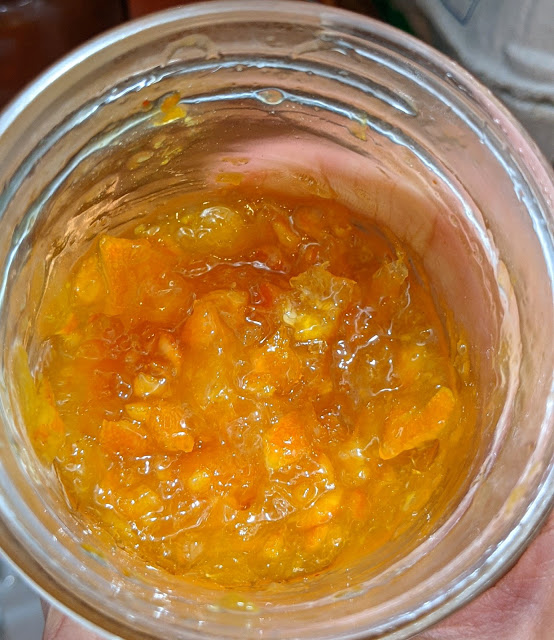