Based on my last bake which I felt didn’t have enough water, I wanted to see what would happen if I greatly increased the hydration for this bake.  If you do not include the soaker water the hydration is 70%, but with the soaker water it is a crazy sounding 109% hydration.  There was some spreading of the dough as it baked which I don’t like so I suspect the ideal hydration might be 5% less or just what the original recipe calls for.  The original recipe is Hamelman’s Five Grain which is super popular here, but I wanted to play around with hydration and used a 100% hydration levain instead of his > 100% hydration.

This is my third time attempting a decorative leaf score on my bread and I think I’m starting to get the hang of it.  Had I achieved a better oven spring on this loaf I think the leaves would have stood up more from the loaf.  As well, between the end of steam baking and end of baking I lost some of the contrast between scored and unscored areas losing definition of the leaves.  Although I brushed off excess rice flour it is obvious that I didn’t brush enough of it off and when handling the bread to get it out of the dutch oven much of the loose rice flour shifted into the scores.  It’s too bad because the leaf scores actually looked decent this time.  Something to work on to improve next time along with adjusting the hydration.

1.    Liquid Levain   — Make the final build 8-9 hours before the final mix and let stand in a covered container at about 74°F. Mix Levain and Soaker at the same time.

2.    Soaker   — Pour the boiling water over the grain blend and salt, mix thoroughly, and cover with plastic to prevent evaporation. Make the soaker at the same time as the final build of the levain and let stand at room temperature. If grains that don’t require a hot soaker are used (such as rye chops in lieu of the cracked rye listed here), a cold soaker will absorb less water, and therefore it’s likely that slightly less water will be needed in the final dough.

3.    Mixing   — Add all ingredients to the mixing bowl. In a spiral mixer, mix on first speed for 3 minutes, adjusting the hydration as necessary. Mix on second speed for 3 to 3 1/2 minutes. The dough should have a moderate gluten development. Desire dough temperature 76°F.

6.    Sharped and placed in banneton.

7.    Final Fermentation   — After shaping leave on the counter at room temperature for 1 hour aliquot jar reached 75-80% rise, then place in fridge at 3ºC for 24 hour cold retard. 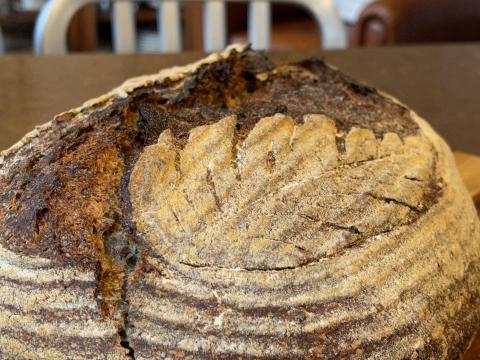 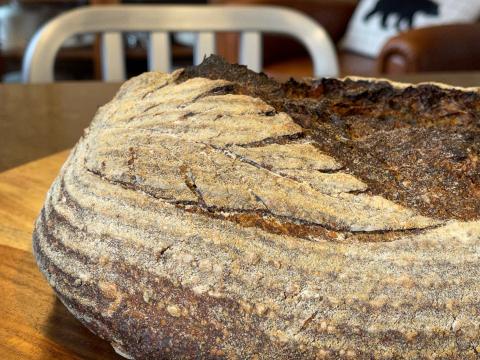 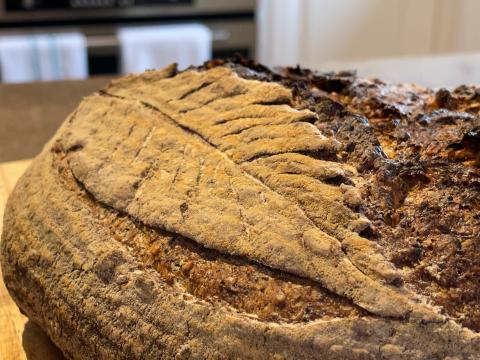 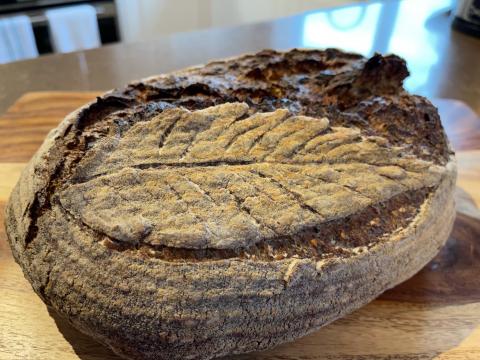 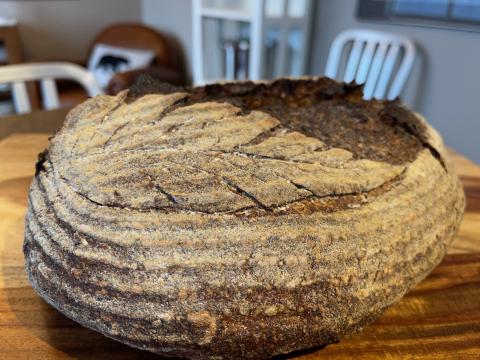