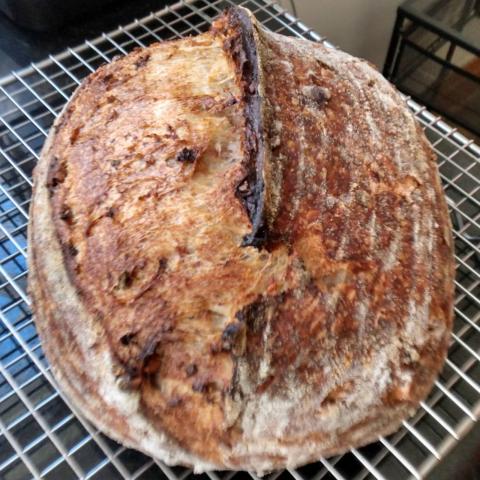 I have been making a lot of simple loaves, experimenting with new flours but not really trying to work anything into my bread. Then the other day I felt like making a porridge bread. I loosely based it on Tartine 3’s rye porridge recipe, but cut down on the toasted walnuts, omitted the walnut oil, upped the hydration and used a 7 grain porridge mix I got from an Amish store a while back. I’ve lost the label but I think it was rye, hard red wheat, soft white wheat, spelt, oats, triticale, and maybe some buckwheat, I can’t really remember. Anyway 7 is a big number in this context and so adds an air of competence and sophistication when thrown in the title like that, and it’s damn tasty to boot. Now my home leaks air like nuts, so this time of the winter my kitchen gets down to about 57-65 F. I actually quite like this for bread baking, as it gives me the performance of a large retarding box at cellar temperature without having to actually get one. I got a nice long cool bulk in on this loaf, about 8 1/2 hours, before retarding it further in the fridge for a 14 hour final proof- a triple whammy to my bread, as my starter was cool and sluggish to begin with. I really did not know what to expect, but I’m happy to say this is one of my snazziest bakes thus far. The bread didn’t have the degree of oven spring I usually expect, but that’s par for the course for a bread with so many inclusions, and with more whole wheat in the flour mix than the Tartine recipe called for. The crumb was absolutely gorgeous, and the smell was heavenly. The crust was crisp, but not chewy, and held up despite the high moisture content of the bread. I think I’ll be back on the porridge bread train for a while now, its just great. 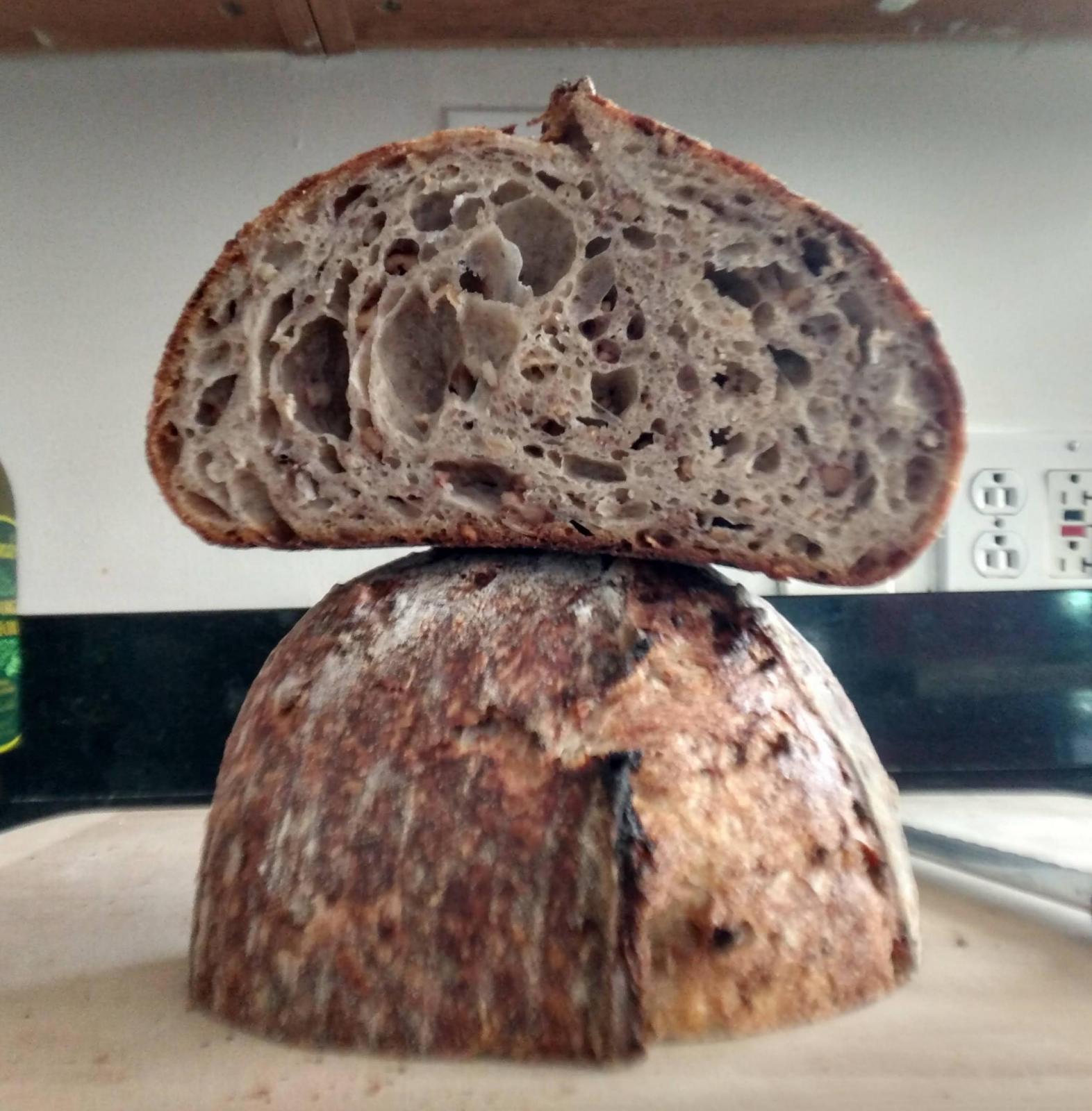 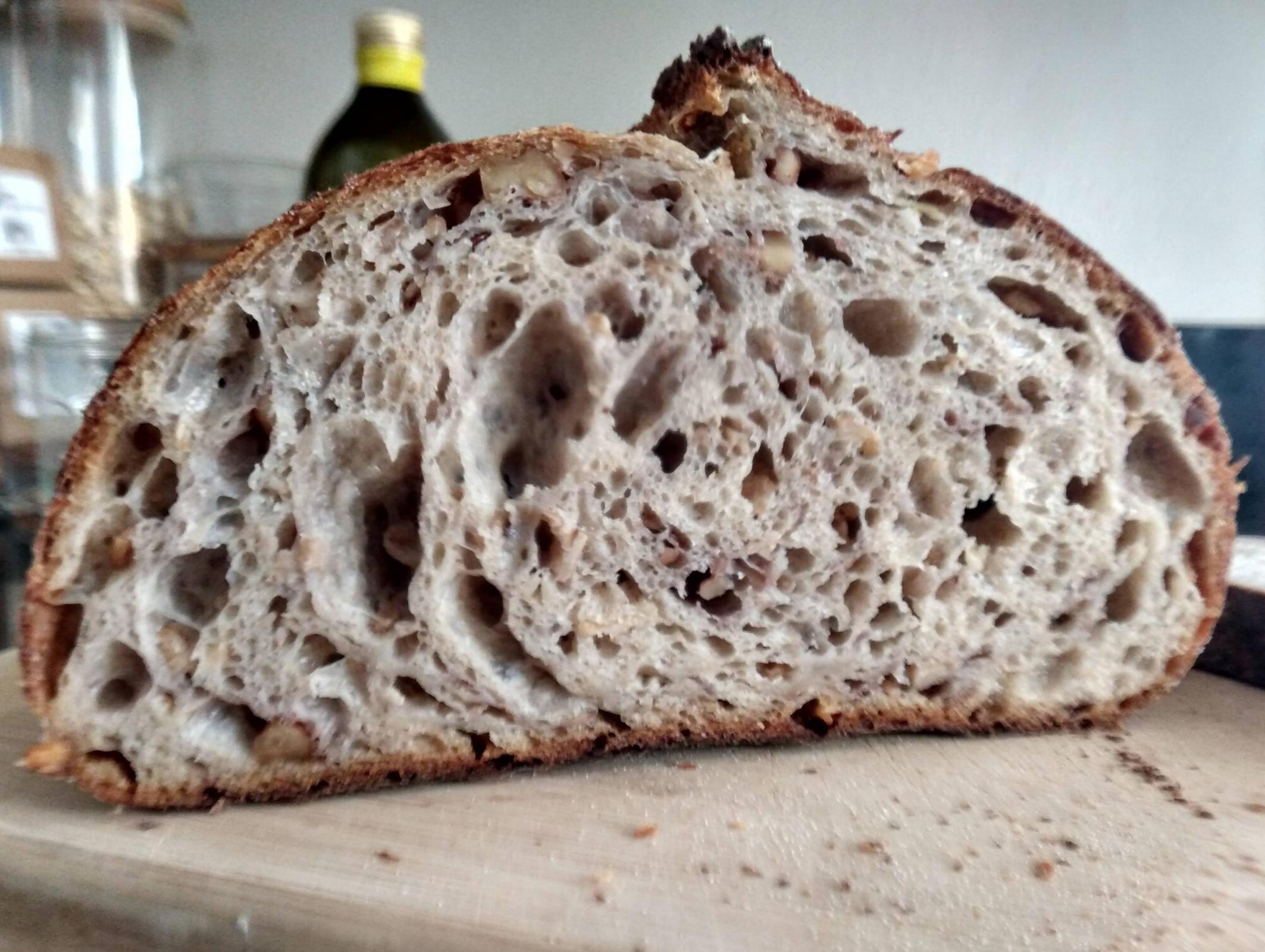 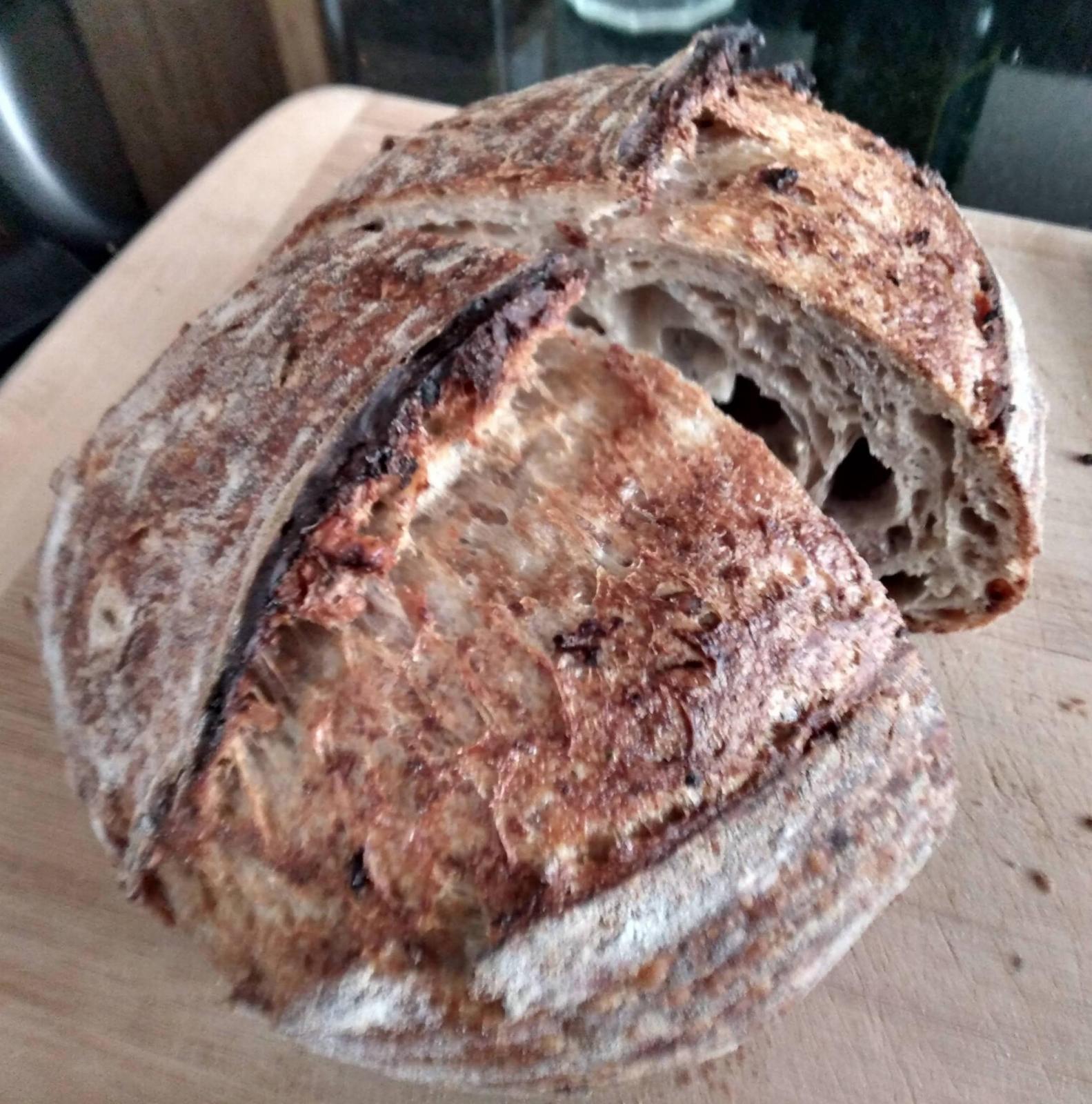