Honestly I don’t know what’s the real taste of this as we don’t have ‘Cheesecake Factory’ here in Sydney but decided too just give it a try..

My sister from L.A. Suggested that I make these Brown Bread from @cheesecakefactory that she said was terrific but instead of using commercial yeast I’ve converted a recipe I got online(kitchen trials) to Sourdough which I think turned out okay.

Taste has a strong coffee/chocolate flavour with a bit of sweetness.. Fermentation was okay got worried that it may not rise but it did.

May need to make this again but using fresh yeast. Was too sour the next day!

In a mixer or by hand start mixing flour+water+starter rest for an hour(will be tough to mix) then add the rest of the ingredients and start kneading until dough develops gluten.

I left to ferment for 8 hours then shape like a baguette then sprinkled with rolled oats and proof for 2 hours. 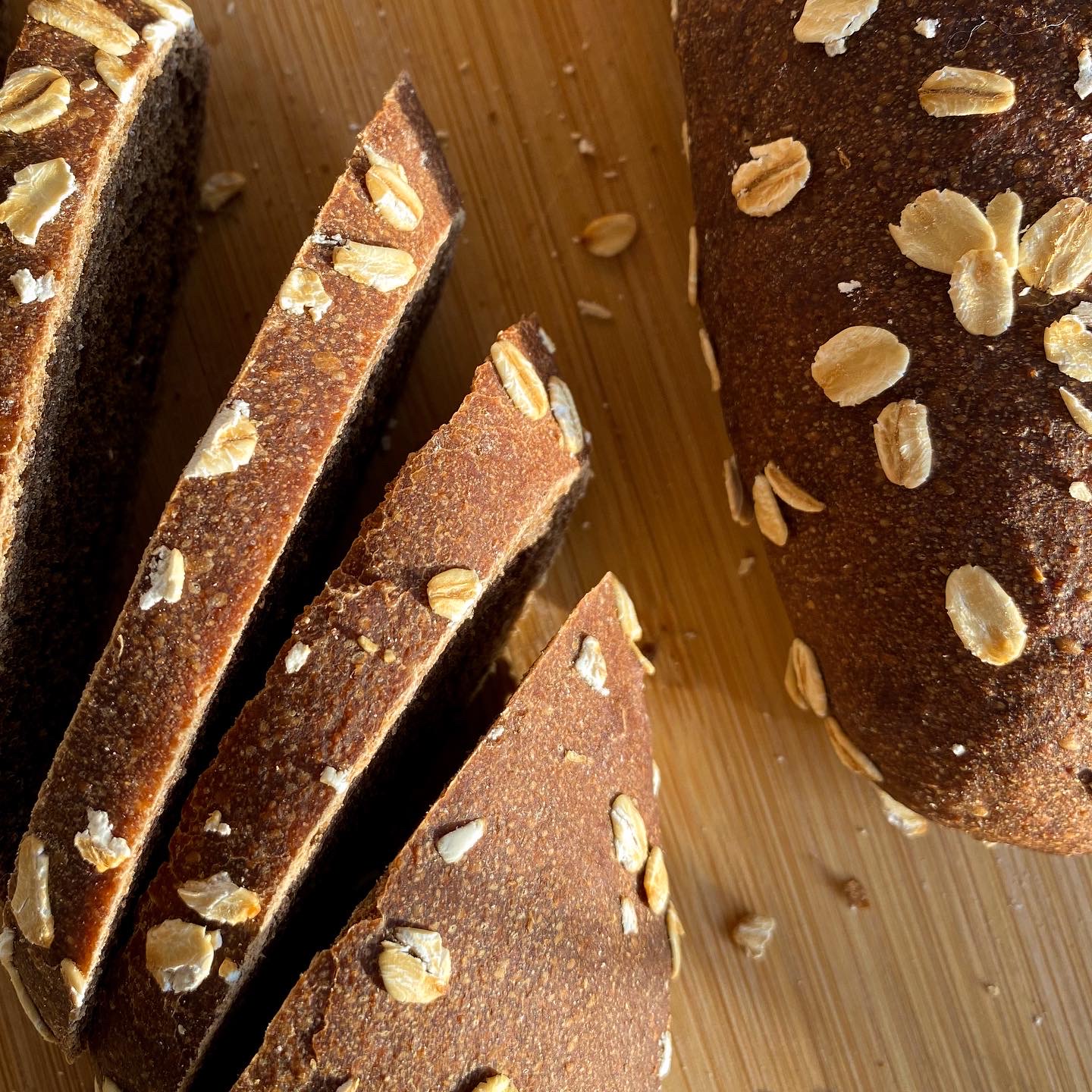