Recently, I’ve been trying to learn to bake whole wheat bread. So far the results have been discouraging. It’s hard to judge the degree of fermentation and whole wheat dough just seems to literally fall apart at some point in the bulk.

I few days ago I happened to pull Daniel Leader’s Local Breads from my bookshelf and came across a recipe that contained a little bit of bread flour in addition to whole wheat flour, which I figured would be easier to handle. 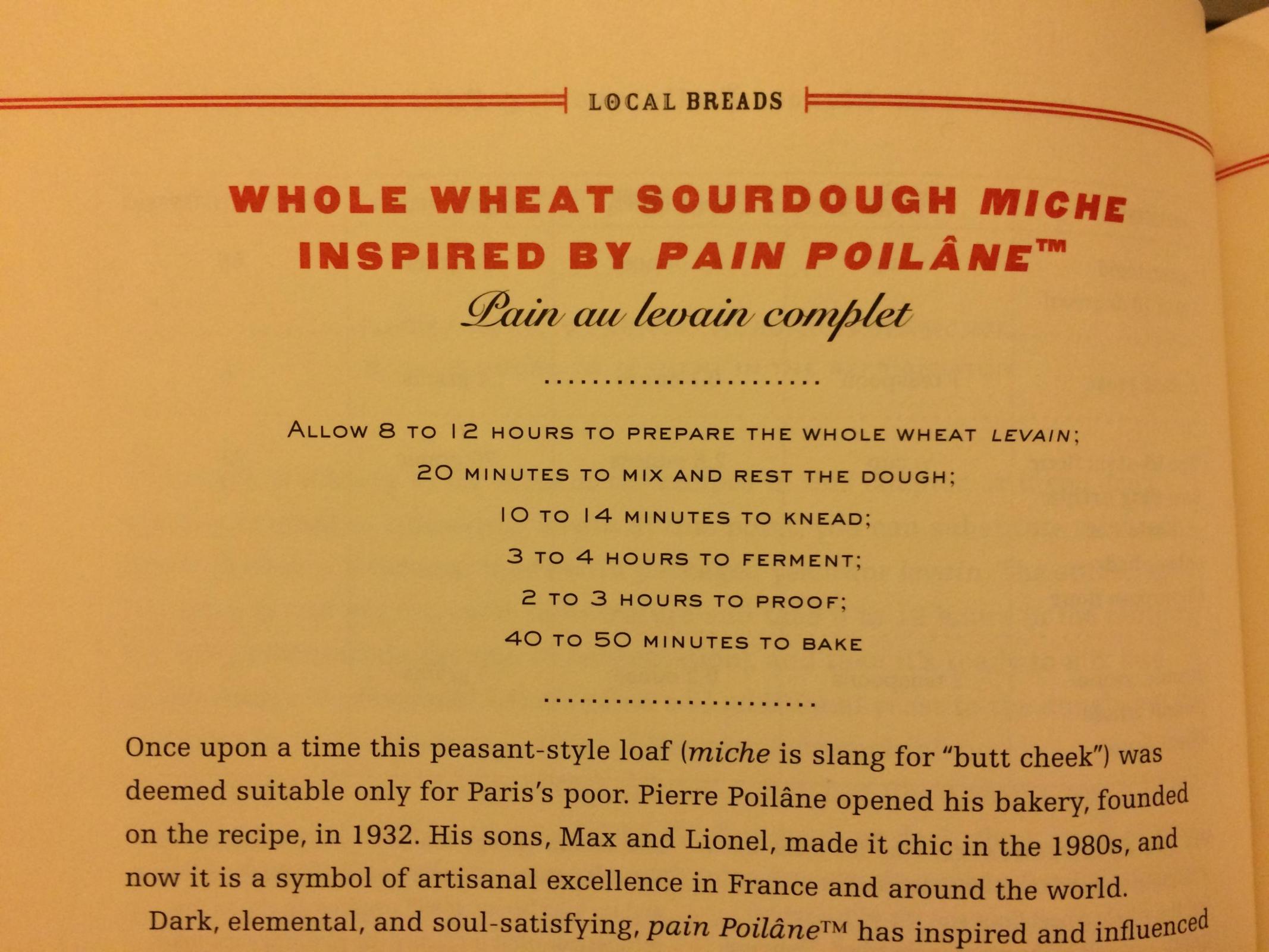 This is basically a 75% hydration dough containing about 83% whole wheat flour and 17% bread flour. 20% of flour is prefermented. Leader’s recipe uses a 75% hydration whole wheat levain created from a 55% hydration starter. I personally don’t like sour wheat breads and to minimize sourness I used a stiff leaven (not sure if it actually matters though).

Even though both flours contained only 11% protein, the dough felt a lot less fragile than whole wheat dough. It’s also a lot easier to judge the degree of proof with this dough, although I think it did overproof a bit. 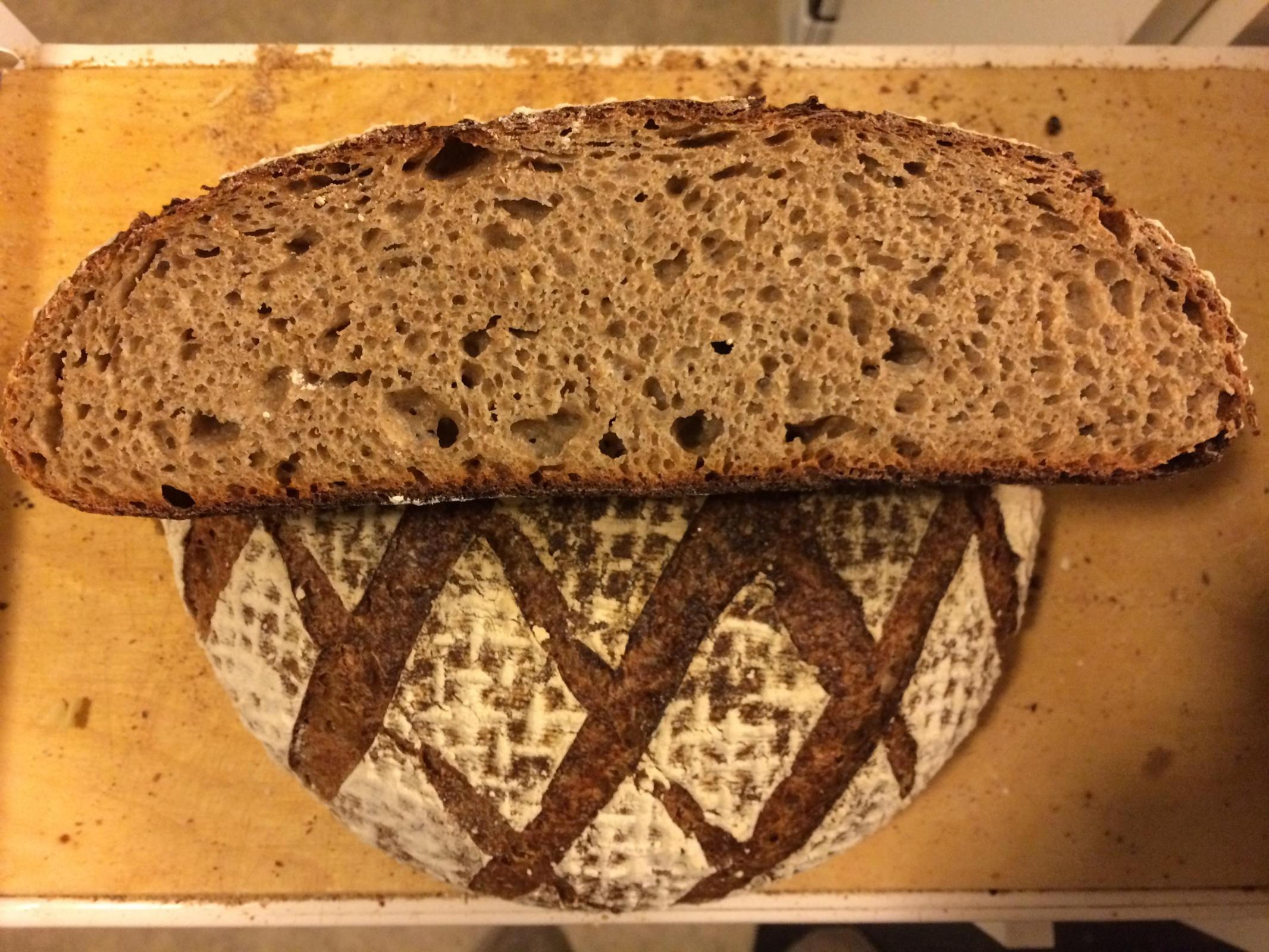 The crumb is moist and a bit sour, but not overwhelmingly so. The crust is thicker fairly thick and a bit burned on the bottom, which seems to compliment the taste of whole wheat flour.

As a variation, Leader suggests adding toasted walnuts to the dough. Sounds like a good thing to try next.