I had a theme going for this Valentine’s Day weekend of sour cherries.  Of course I needed a dessert so what better than sour cherry raspberry pie.  I decided after reading through a pie cookbook that I would try to bake it differently.  I blind baked the crust and then baked cut outs that I then painted some with red gel food colour.  I also cooked the filling on the stovetop and then assembled the whole thing placing the red cut outs in a heart pattern for Valentine’s Day.

The all butter pastry was a new recipe for me, one written by Kate McDermott in her book Art of Pie.  I’m still trying to find pie crust nirvana.  Although I was quite happy with Stella Parks Recipe, it was at times less tender than I would prefer.  So I’m still trying other recipes to see if I can find one I prefer.  This one certainly has the lamination and layers of buttery pastry that I like.

Since these pie pastry recipes are American, I had to combine my 10% protein all purpose with my 13.3% protein flours to get it around 11-12% protein.  I didn’t use any baking powder or vodka or vinegar for that matter to tenderize the crust.

All the leftover bits of dough after trimming the edges of the pie crust were layered and chilled.  Later I rolled them out, sprinkled sugar and cinnamon on them, then rolled it up like a log and chilled again.  I later sliced them and baked them from frozen for about 30 mins and make half palmiers.  If they are any representation of the pie crust, then I think the pie crust is a success especially given the extra handling that these scraps of dough had.  Definitely don’t throw your scraps of pastry dough away. 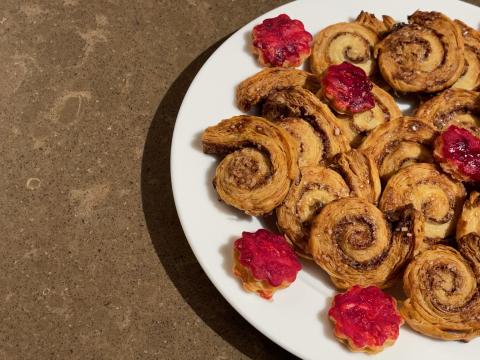 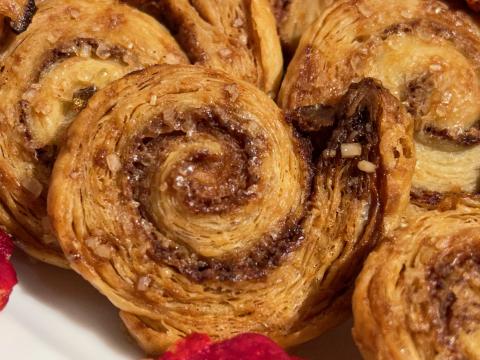 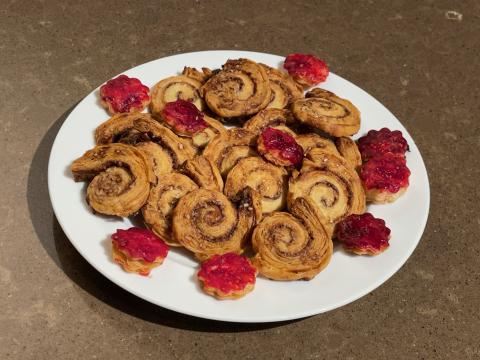 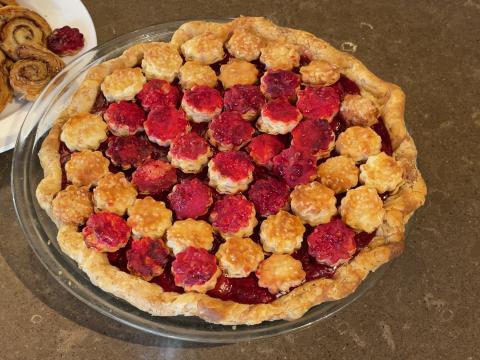 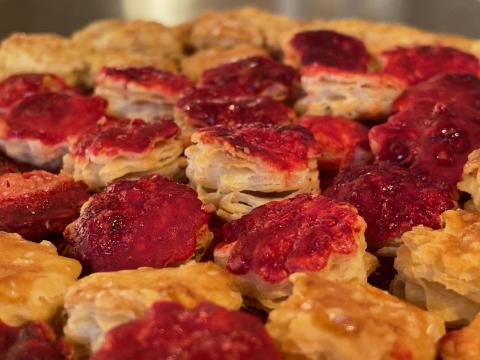