I’ve been tweaking this recipe a little each bake and narrowing it down to a method that works for me.  Have tried it as sourdough, but I like it better with raisin yeast water.  The toasted buckwheat really comes through, and I’ve slowly reduced the amount so it doesn’t overpower everything else.  Have tried it as both a hearth loaf and a pan loaf, but it’s really working better for me as a pan so far.  It’s hard to keep good strength with the non gluten flours and the inclusions, so the hearth loaves tend to flatten more than rise.  Today, I tried Dan’s loaf pan method and it worked great!

I do a two part levain build using the RYW from my refrigerator.  Normally I do nothing but RYW, but I ran out for this bake (have some fermenting), so I topped it off with regular water and added 0.5g ADY during final mix.

This bread is 70% WW, 20% spelt, 5% toasted buckwheat, and 5% oat flour with a barley, oat and buckwheat soaker.  It has a hearty flavor that I really enjoy as toast with my oatmeal in the morning and it makes delicious French toast.  Something about the combination of the toasted buckwheat in the bread and the cinnamon in the egg mixture…

Will post a crumb shot later tonight.  Will probably slice this one for dinner and see how it does as a turkey and cheddar panini. 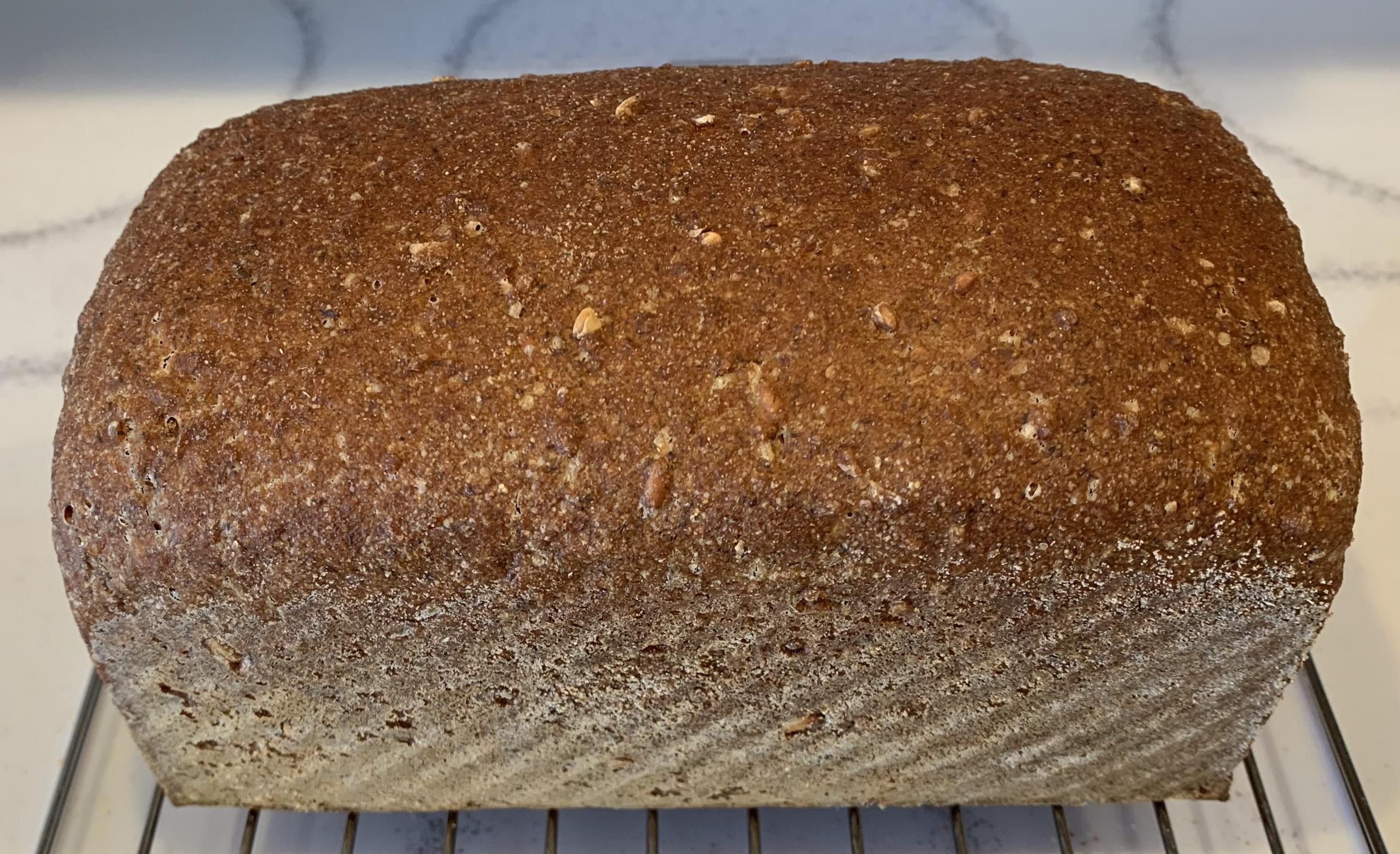 EDIT:  Crumb photo added.  Didn’t get this one cooked all the way.  I hit 210 deg for final internal temp, but it’s just a little on the moist side.  I’m hoping it cures a little bit over the next day or two.  Texture and flavor are good though, and it made a great sandwich for dinner! 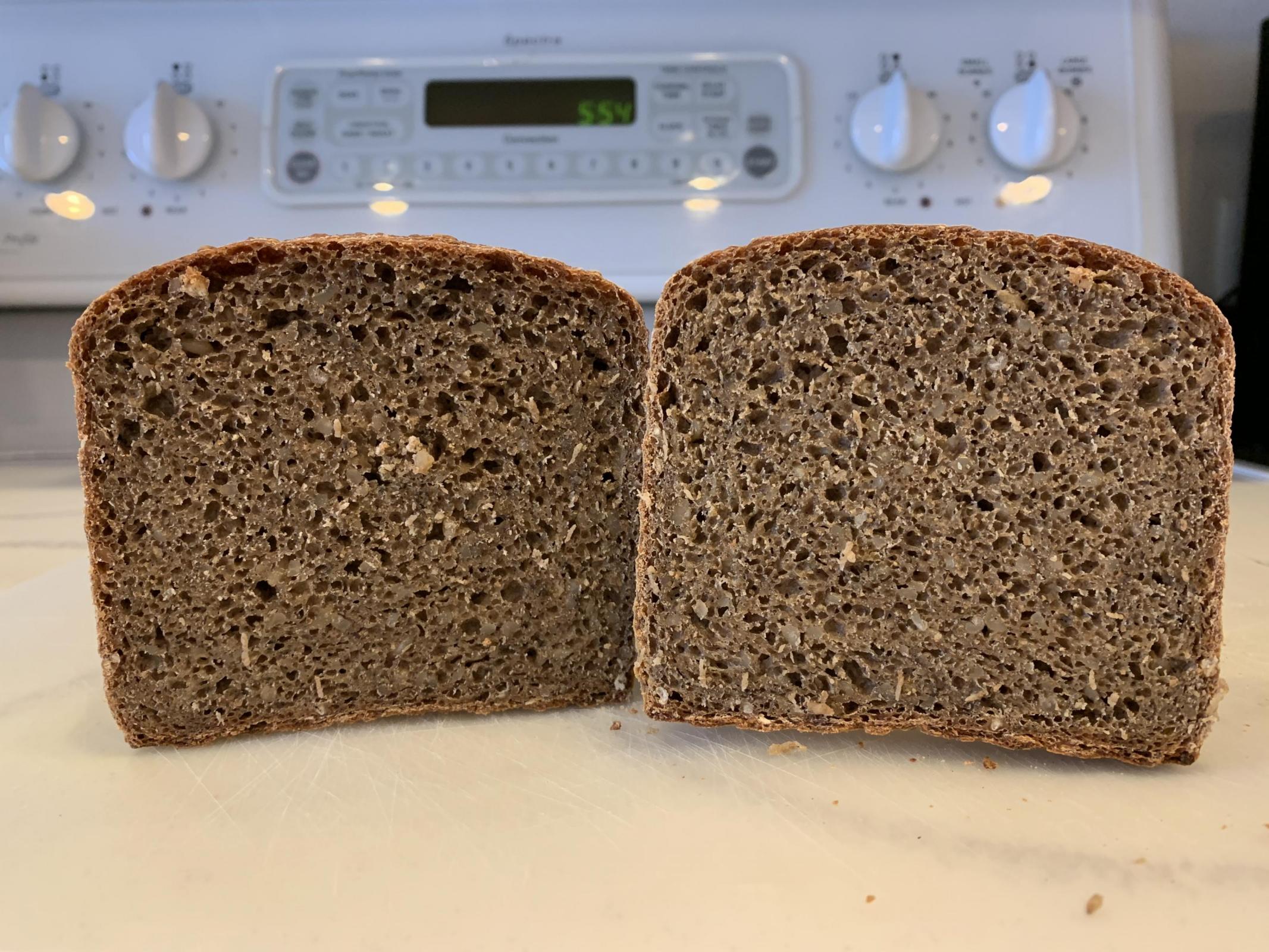