Air Fryer Cinnamon Roll is one large roll made with strips of pizza dough covered in brown sugar and cinnamon, cooked in an air fryer, and topped with a sweet glaze. Try my Air Fryer Apple Pie Bombs for another sweet treat made in an air fryer.

Air Fryers are not just for chicken nuggets and french fries (although they are wonderful for enjoying fried foods with fewer calories and mess). This cinnamon roll is made with pizza dough and just a few ingredients with an easy-to-make sweet glaze to top it off. It’s a quick way to enjoy a cinnamon roll if you don’t have the time to make them from scratch. 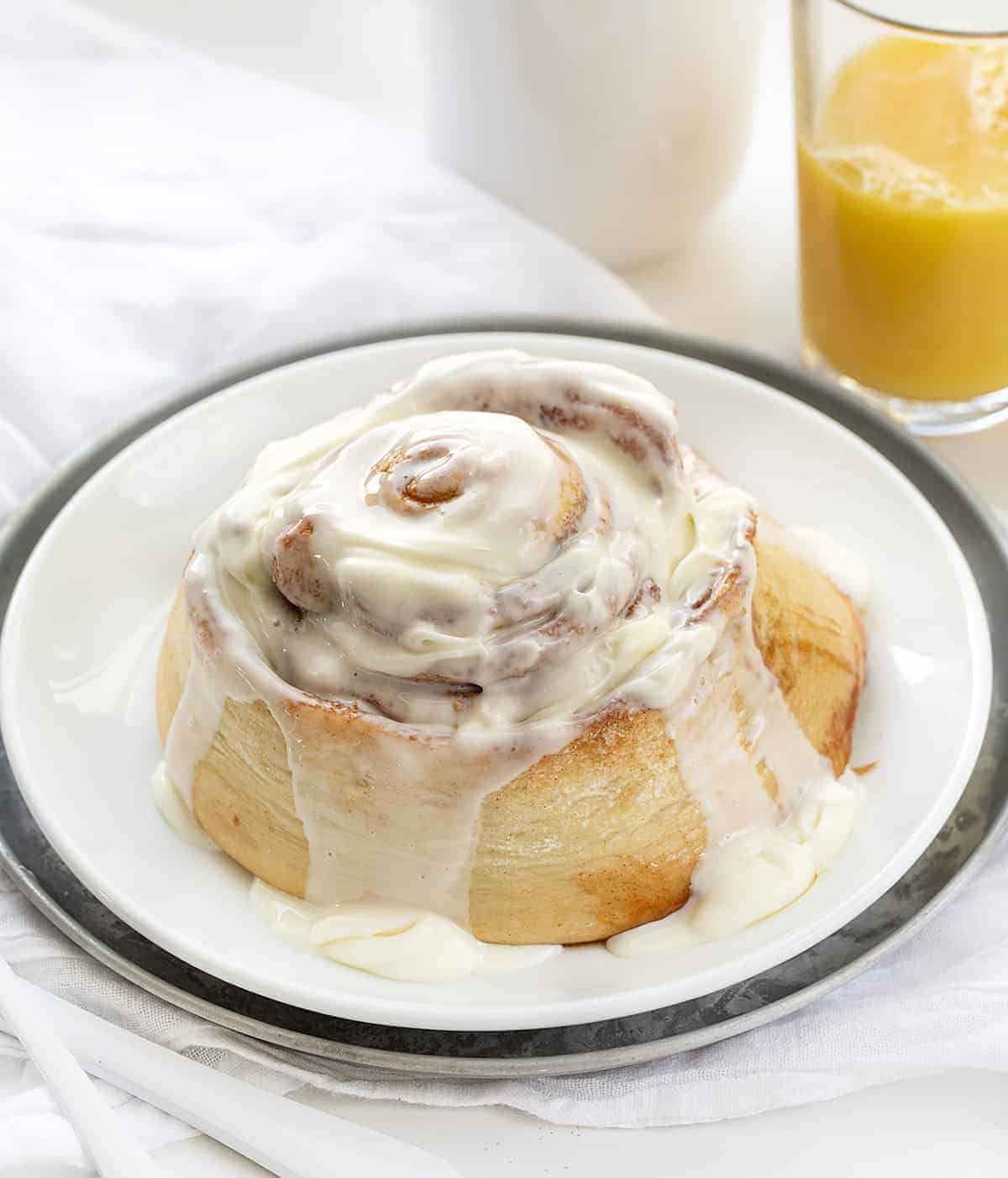 Pizza Dough: There is no need to make the dough from scratch for this treat. Simply buy a tube of pizza dough to use.

Butter: Melt the butter and let it cool as you prepare the sugar and cinnamon mixture.

Confectioners’ Sugar: Use this for the glaze; it is simply mixed with the heavy cream. 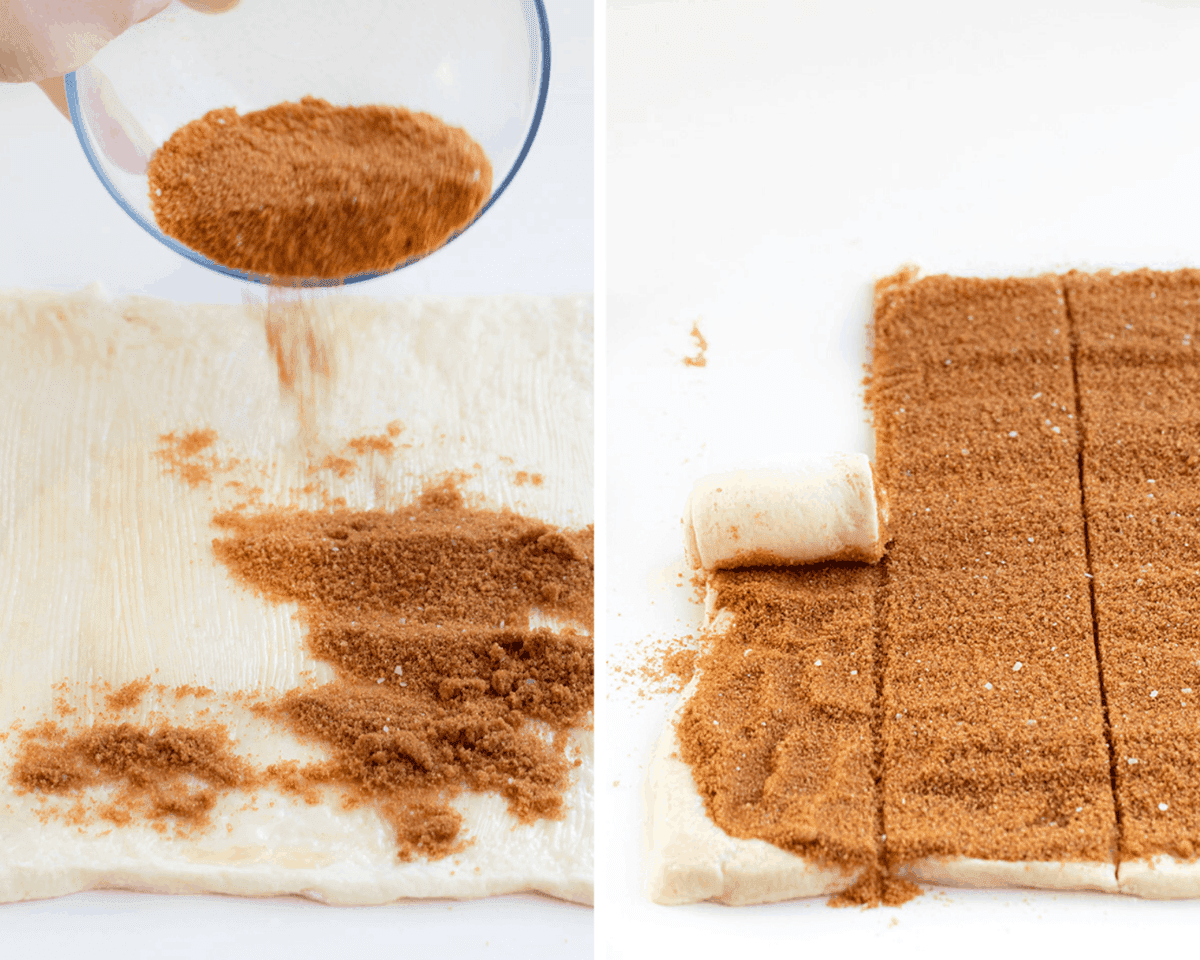 This recipe makes one large cinnamon roll that you can share or enjoy all to yourself! It only takes a few minutes to put together, and there is no wait time for dough rising or even making homemade dough. To get started, roll out the pizza dough on a lightly floured work surface to a rectangle that is about 12×8 inches.

Next, in a small bowl, whisk together the brown sugar, cinnamon, and salt. With a pastry brush (or even the back of a spoon), spread the melted butter all over the rolled-out dough. Be sure to get all the way to the edges with the butter. Then, sprinkle the brown sugar and cinnamon mixture over the dough, covering the entire surface. 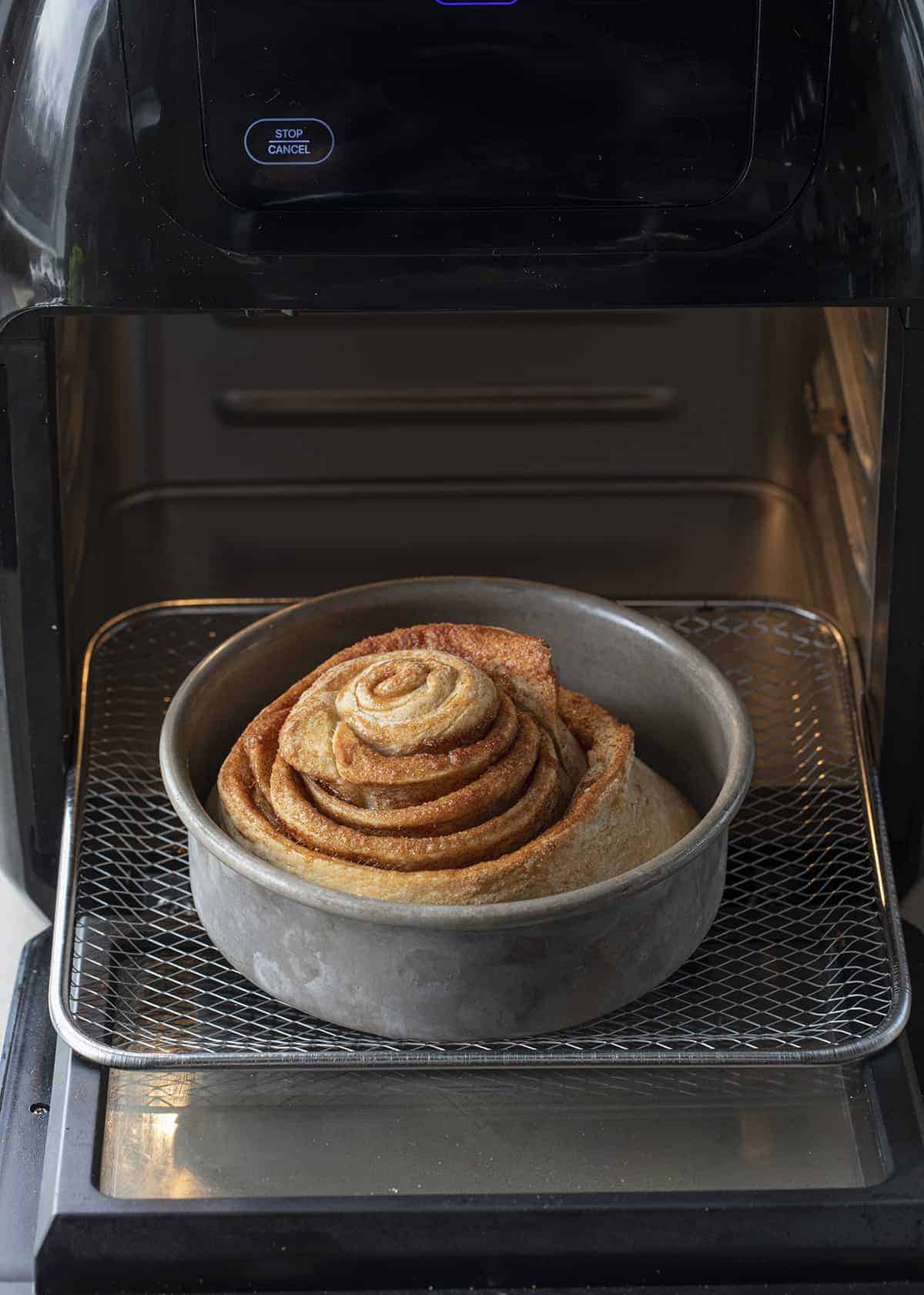 Once the dough has been rolled out and covered with cinnamon and sugar, it’s time to get this large roll folded and cooked in the air fryer. 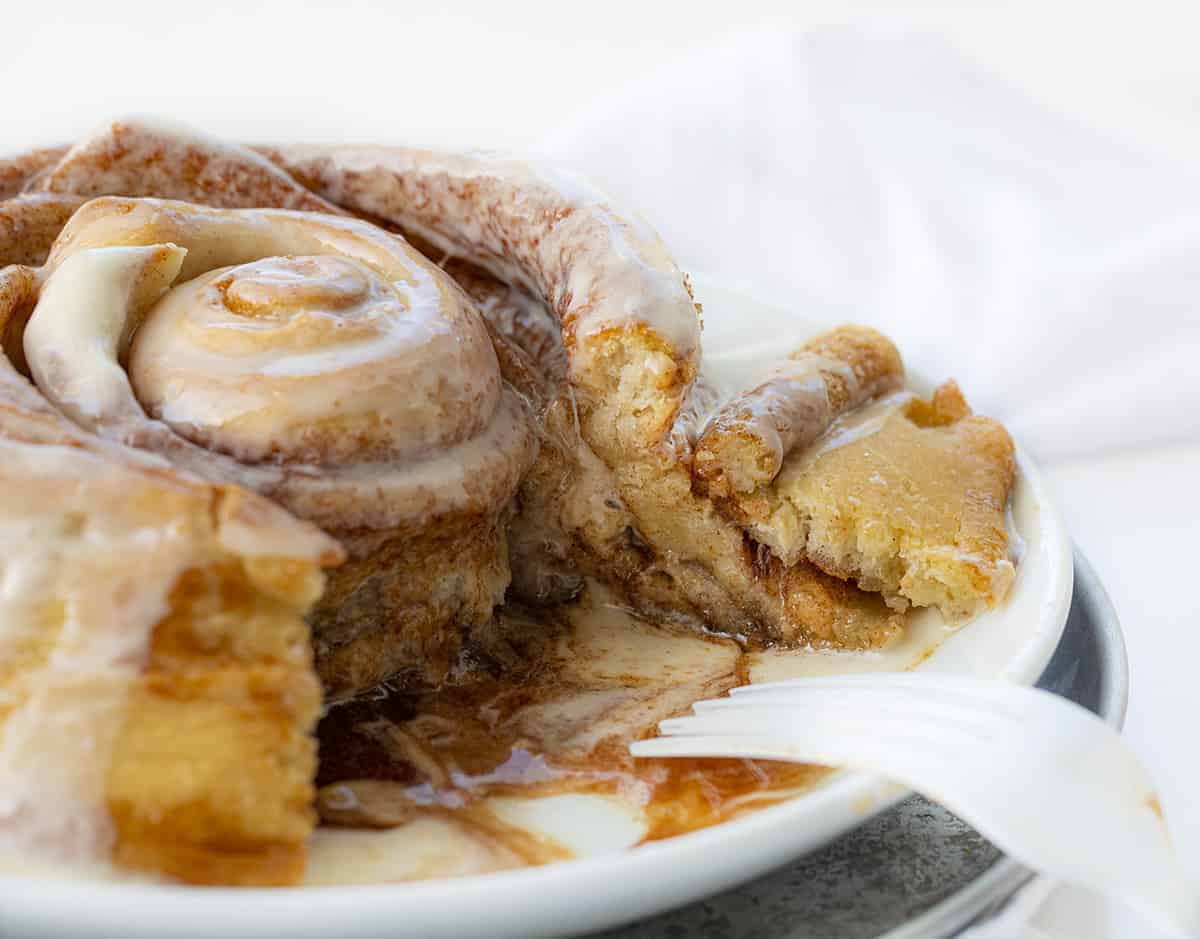 Cinnamon Roll in a Mug

Calories: 721kcal
Tried this recipe?Let us know how it was!