This one-pot Vegan Green Chile Enchilada Soup is vegan Mexican comfort food at its best! A hearty stew loaded with soy curls, corn and rice, then topped with all your favorite toppings for tons of flavor!

This green chile enchilada soup recipe has everything you love about green enchiladas – the smoky heat of the green chiles, the Mexican spices, the creaminess and obviously the cheese.

As this is a chicken-less enchilada soup, we add some soy curls in lieu of chicken as our protein. Otherwise, we rely on staple Mexican ingredients, such as rice, corn! I love the comforting creaminess the white beans add to this stew. Nutritional yeast adds the cheesy taste, but we also add some shredded cheese on top to finish this off.

The secret to the creaminess of this vegan enchilada soup is a quick cashew cream which adds a nice richness to the soup and thickens it along with the rice. However, for those of you who are allergic, I listed a nut-free version in the tips section. 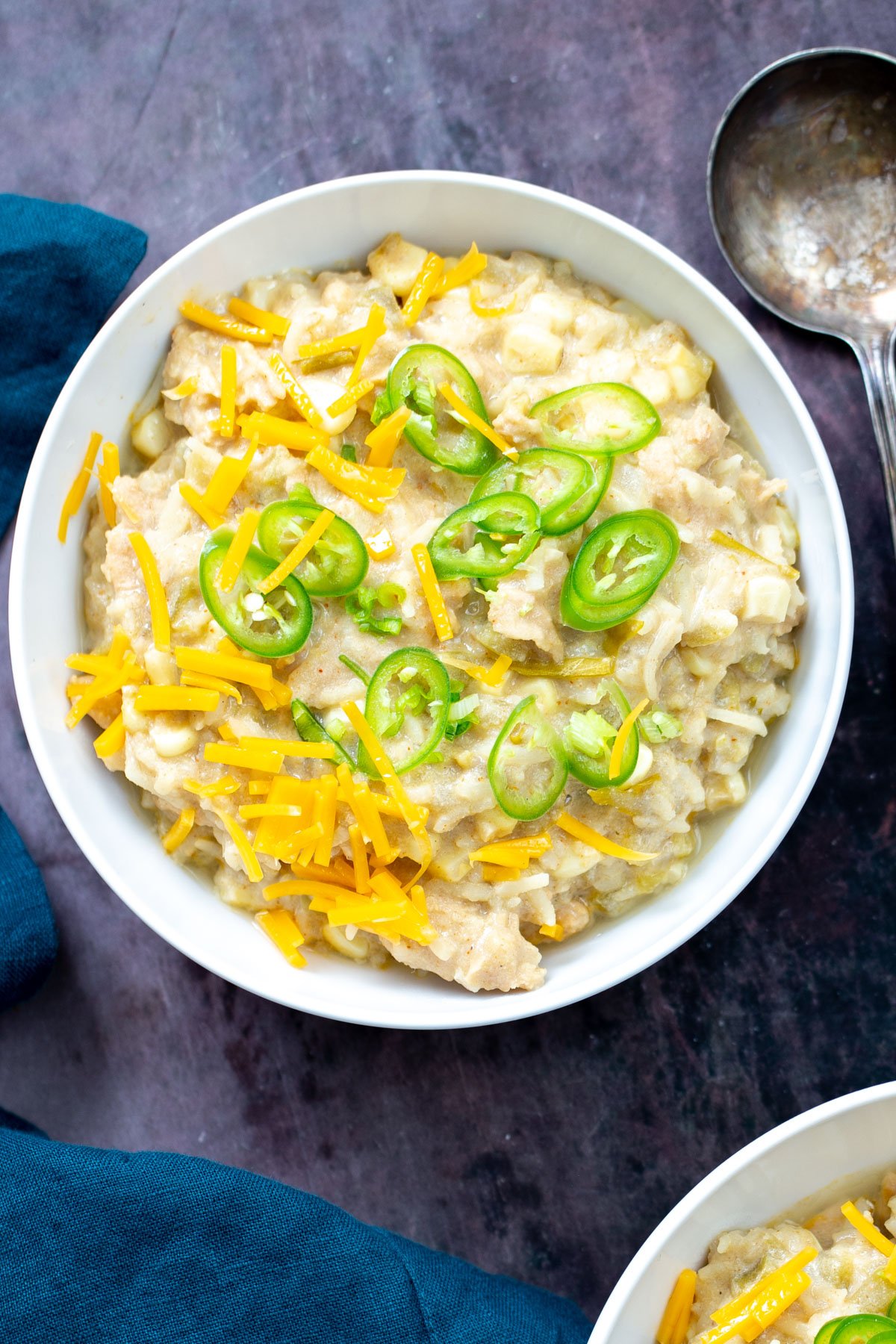 I like finishing this Vegan Mexican soup off with some shredded cheese and some thinly sliced green chiles. Other great additions would be a fresh squeeze of lime, some sliced avocado, more vegan cheese shreds, and how about crushed tortilla chips? It will be hard to just have one bowl of this delicious vegan soup. 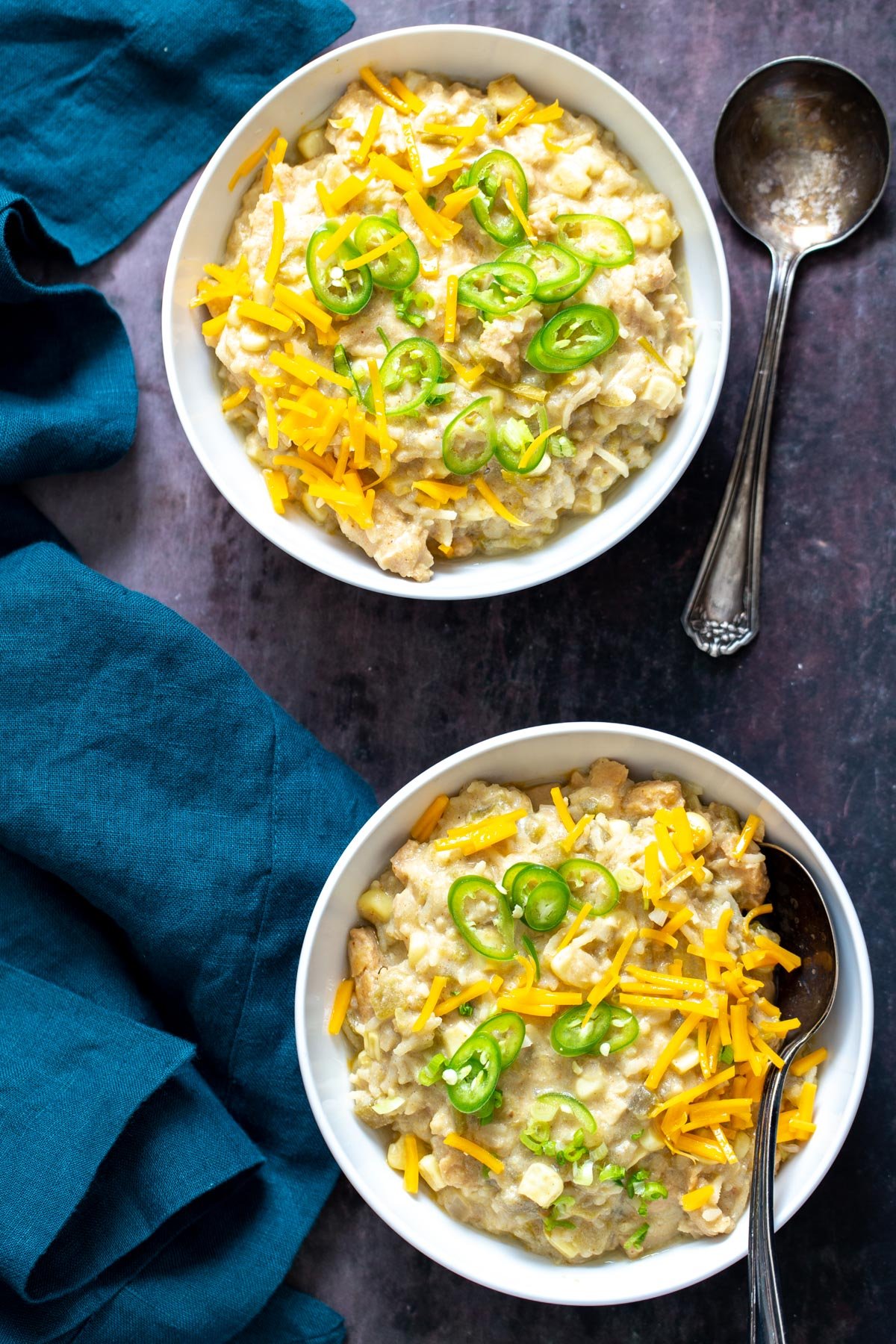