After filing for its initial public offering (IPO) in February, Swedish vegan oat-milk brand Oatly has filed with the United States Securities and Exchange Commission (SEC) to go public. The company will trade on The Nasdaq Stock Market under the ticker “OTLY.” Though further information, such as its price, go-public date, and share number are still unknown, the SEC requires that companies that filed confidentially make the filing public in no less than 15 days, so the Oatly IPO could be sometime after May 4.

Last July, oat-milk brand raised a $200 million investment from a group of investors led by equity giant Blackstone Group, along with media mogul Oprah Winfrey, vegan actress Natalie Portman, former Starbucks CEO Howard Schulz, and Roc Nation (an entertainment agency founded by rapper Jay-Z). While the brand has wide availability in many parts of Europe, Oatly’s popularity in the US began in coffee shops throughout New York City around 2017. Since then, the brand has expanded to the retail sector with partnerships such as Target and landed on the menu of Dunkin’ and Starbucks across the country. Worldwide, Oatly products are currently available in 60,000 retail locations and more than 30,000 coffee shops. 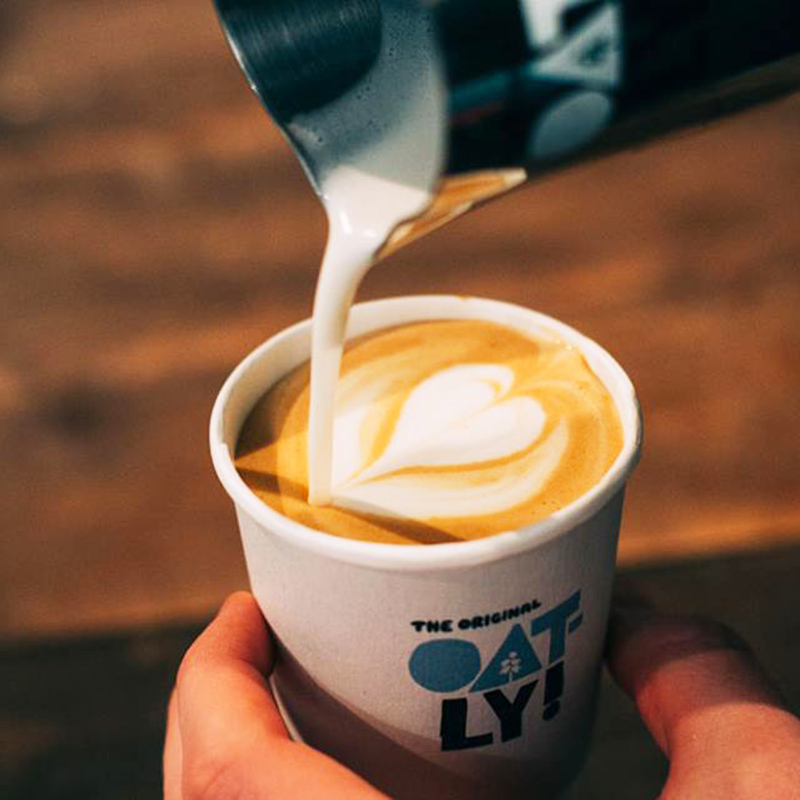 Oatly will soon become the latest vegan brand to hit the stock market after Beyond Meat’s successful IPO, which saw its stock prices spike up to 163 percent on its first day of trading in May 2019. In Canada, the Very Good Food Company (VGF)—parent company of Canadian vegan brand The Very Good Butchers (VGB)—saw an 800 percent increase in its stock value after its first few days of trading on the Canadian Securities Exchange (CSE) in June 2020. And more recently, Globally Local Technologies Inc.—parent company of vegan fast-food chain Globally Local—began trading on Toronto Stock Exchange’s (TSE) Venture Exchange under the symbol GBLY, making it the first publicly traded vegan fast-food chain in the world.

The Ratatouille with Grilled Cottage Cheese steak was one such recipe that makes a wholesome weeknight dinner. The ratatouille is packed with goodness of fresh vegetables and when combined with the cottage cheese provides the protein that is needed in the diet. This recipe also makes a great dish that you can make for parties. […]

VEGAN LABELING – WHAT CAN BE CALLED MILK OR MEAT?

By Emilio Gironda, VRG’s Volunteer Coordinator The availability of food made and marketed expressly for vegans in the last few years has skyrocketed. The fact that one can pull up to a Burger King and order a plant-based burger with fries would have been unthinkable 20 years ago. But easy availability has its downside – […]

PEANUT BUTTER CHOCOLATE SHEET CAKE Our most popular recipe from the LAST WEEKEND POTLUCK was this Peanut Butter Chocolate Sheet Cake from Grandma Honey’s House. Our other featured recipes include: Pizza Braid by Dance Around the Kitchen, Blackberry Cheese Danish from Quiche My Grits and Mary is sharing her recipe for 3-Ingredient Crock Pot Chicken… […]