These Easy Skillet Brownies are gooey, fudgy, and so decadent! Made with cocoa powder, melted chocolate, and chocolate chips, these fudgy brownies are definitely for chocolate lovers only! Serve warm, with a few giant scoops of vanilla ice cream on top!

Brownies are my love language. But sometimes I just don’t have the patience to bake a batch and let them cool for a couple of hours. Sometimes I want brownies and I want them NOW!

So what’s a girl to do? Bust out your skillet and bake skillet brownies, that’s what!!!

See, skillet brownies bake up in 30 minutes and are meant to be eaten right away! You don’t even need to slice them. Just plop a couple of scoops of vanilla ice cream on top, grab a spoon, and dig in! 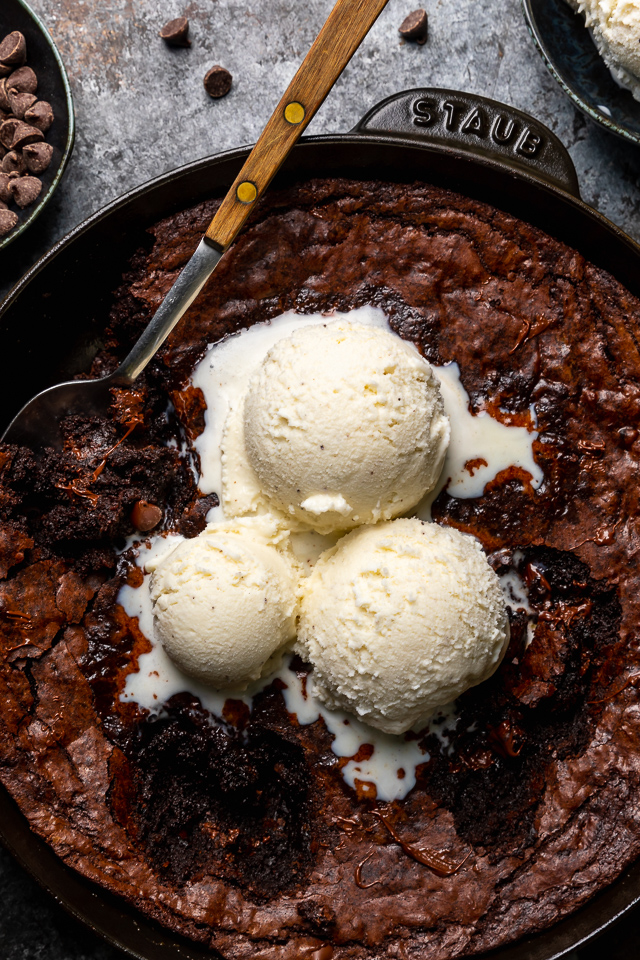 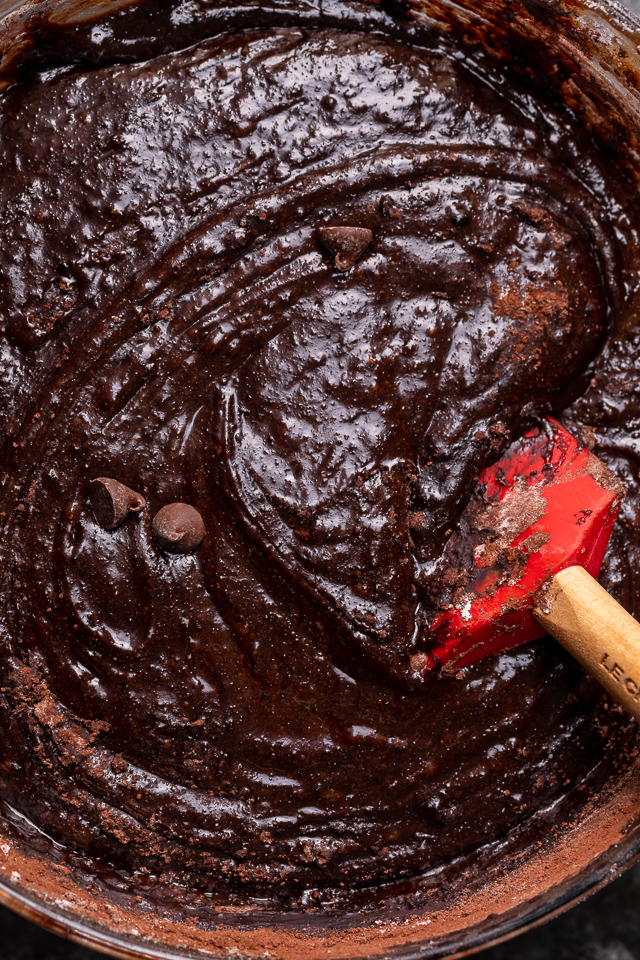 The best cast iron skillet for this recipe is the one you have! But if you’re in the market for a new one, I definitely have a few favorites: 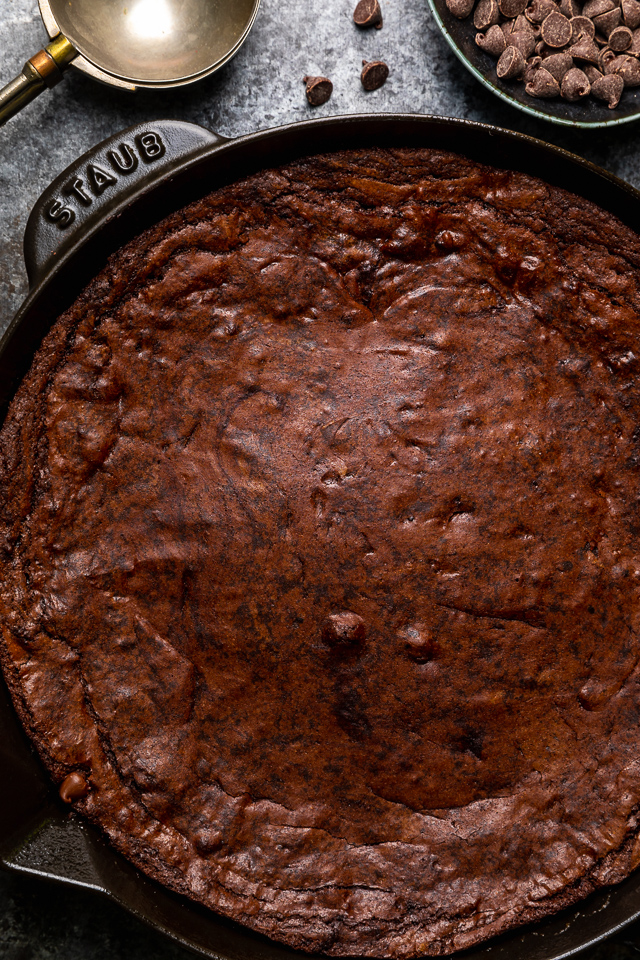 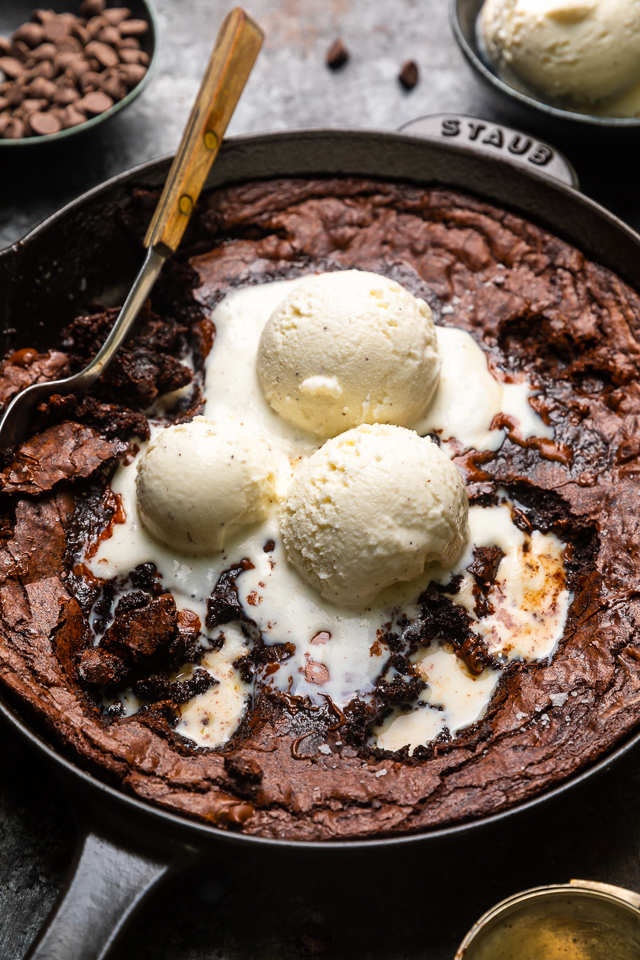 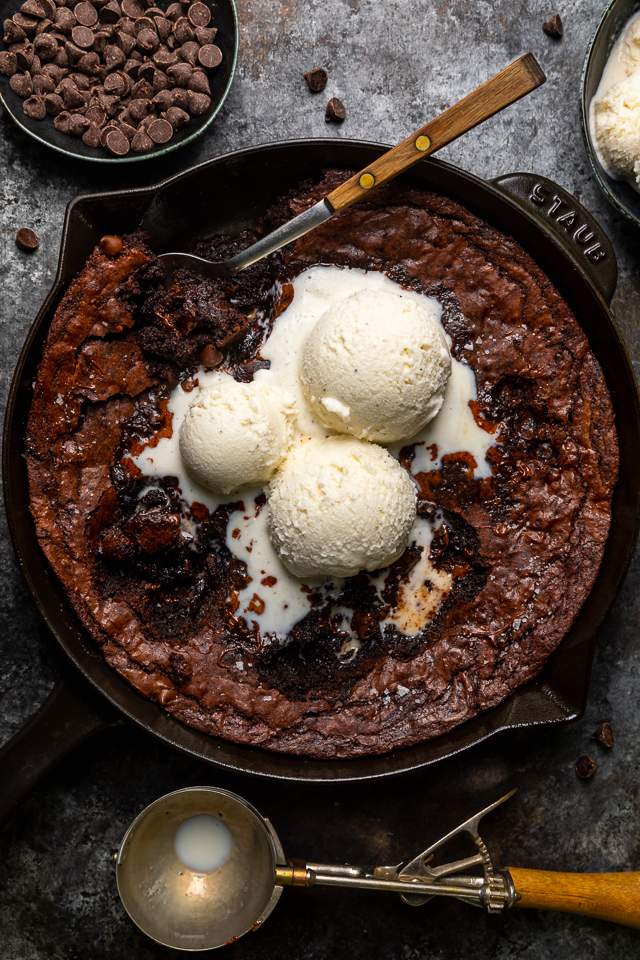 I love serving this straight from the oven, with ice cream, a sprinkle of sea salt, and a 1/2 cup or so of extra chocolate chips pressed on top. Hey… I never said these were low in saturated fat or sugar lol! But they’re 100% worth every bite!

These brownies will firm up and become less gooey as they sit, so if gooey is super important to you, serve right away! Or under bake a bit!!! 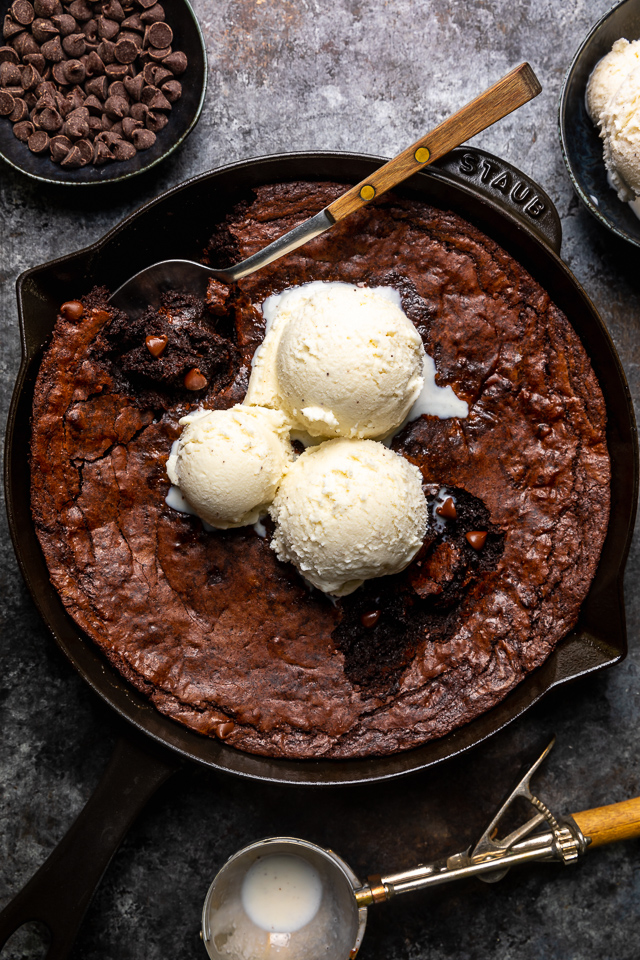 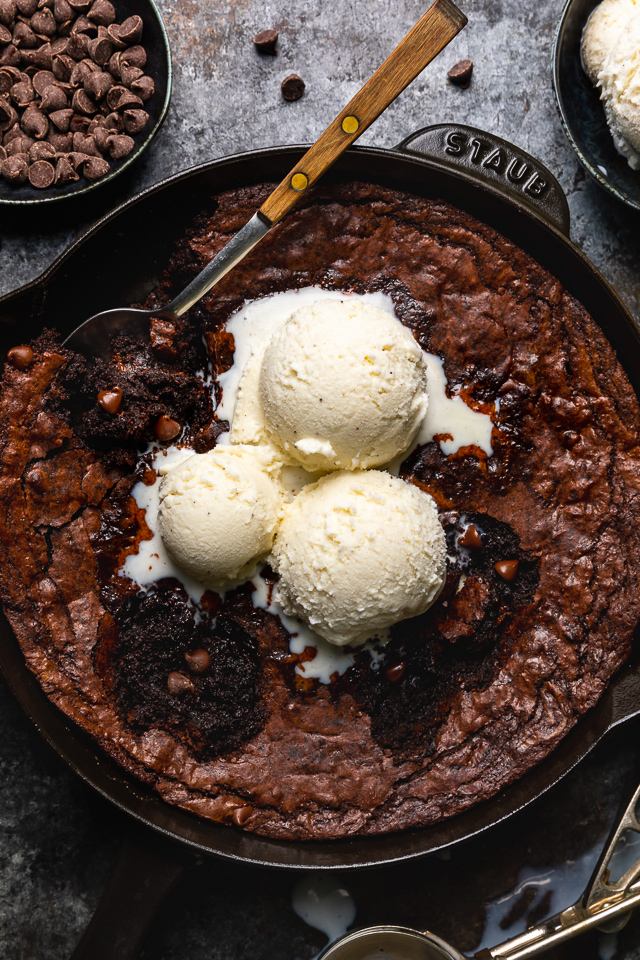 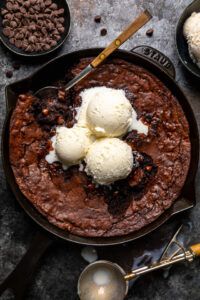 These Easy Skillet Brownies are gooey, fudgy, and so decadent! Made with cocoa powder, melted chocolate, and chocolate chips, these fudgy brownies are definitely for chocolate lovers only! Serve warm, with a few giant scoops of vanilla ice cream on top!