Ever tried buckwheat pancakes? Sure, they aren’t the prettiest pancakes around, but they make up for their humble appearance with wonderful flavor and texture. Buckwheat, a gluten-free relative of rhubarb, has a delicate, almost nutty flavor all its own.

Thanks to the buckwheat flour, these pancakes are naturally gluten free! These pancakes possess a light and airy consistency that quietly surrenders to the pressure of a fork and soaks up maple syrup like a sponge. I just love them. 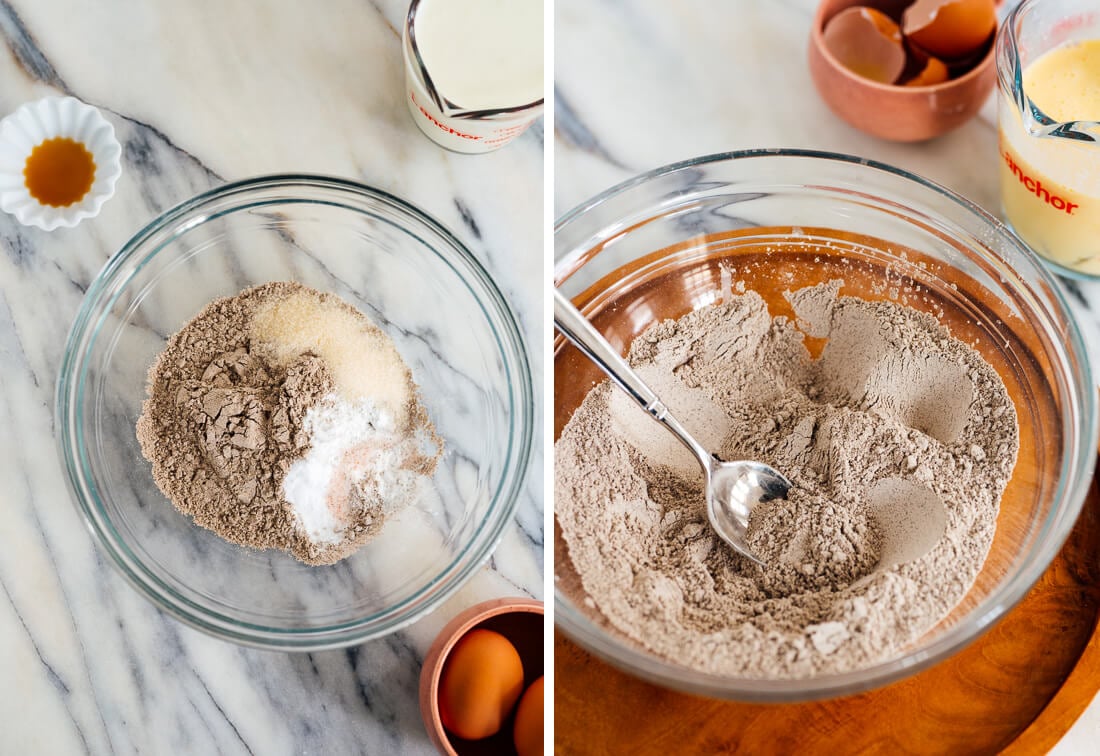 This recipe was originally adapted from a fun cookbook called Pancakes, by fellow food blogger Adrianna Adarme of A Cozy Kitchen. I visit Adrianna’s blog any time I need some creative recipe inspiration or a laugh, which is often.

It’s been eight years, so I’m revisiting this recipe to update the photos. I also tweaked the recipe a bit to work even better with 100 percent buckwheat flour. I added another egg and a smidge more flour. Hope you’ll give them a try soon!