Blueberry French Toast takes your french toast to a fruity level by adding a blueberry sauce made with fresh blueberries to the batter. If you are craving regular french toast, be sure to check out my Best French Toast Recipe next! 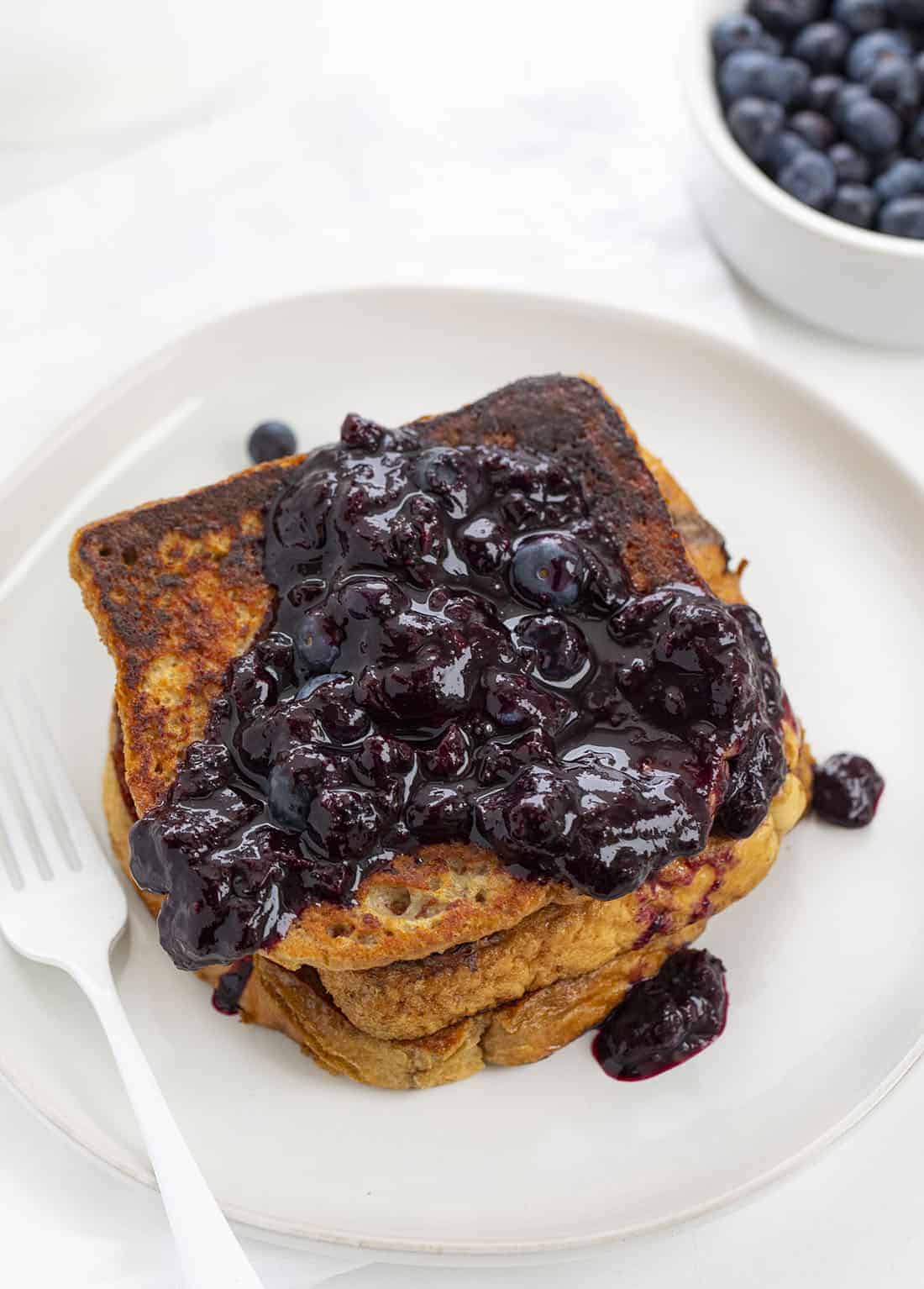 Blueberries: As I stated above, summertime is peak blueberry season. So, use fresh blueberries if you can. You could also get by using frozen blueberries.Bread: I chose to use Texas Toast in this recipe. I also like brioche bread for french toast. I would stay away from white bread because it is too flimsy. For best results, slightly stale bread works best at absorbing the egg batter.

Vanilla and Cinnamon: Adding these two ingredients to the batter in blueberry french toast does amp up the flavor!

The first thing to make for this Blueberry French Toast Recipe is the blueberry sauce. To make the sauce, first, add the blueberries and water to a saucepan. Heat over medium heat until boiling. Once boiling, gently mash the blueberries with the back of a spoon or a potato masher.

Continue boiling for 10-15 minutes. The blueberries should start to break down, forming a sauce. After they have boiled down, you should have about a cup of sauce. This sauce will be used in both the batter and as a topping to the french toast. Let it cool a bit before adding it to the batter. 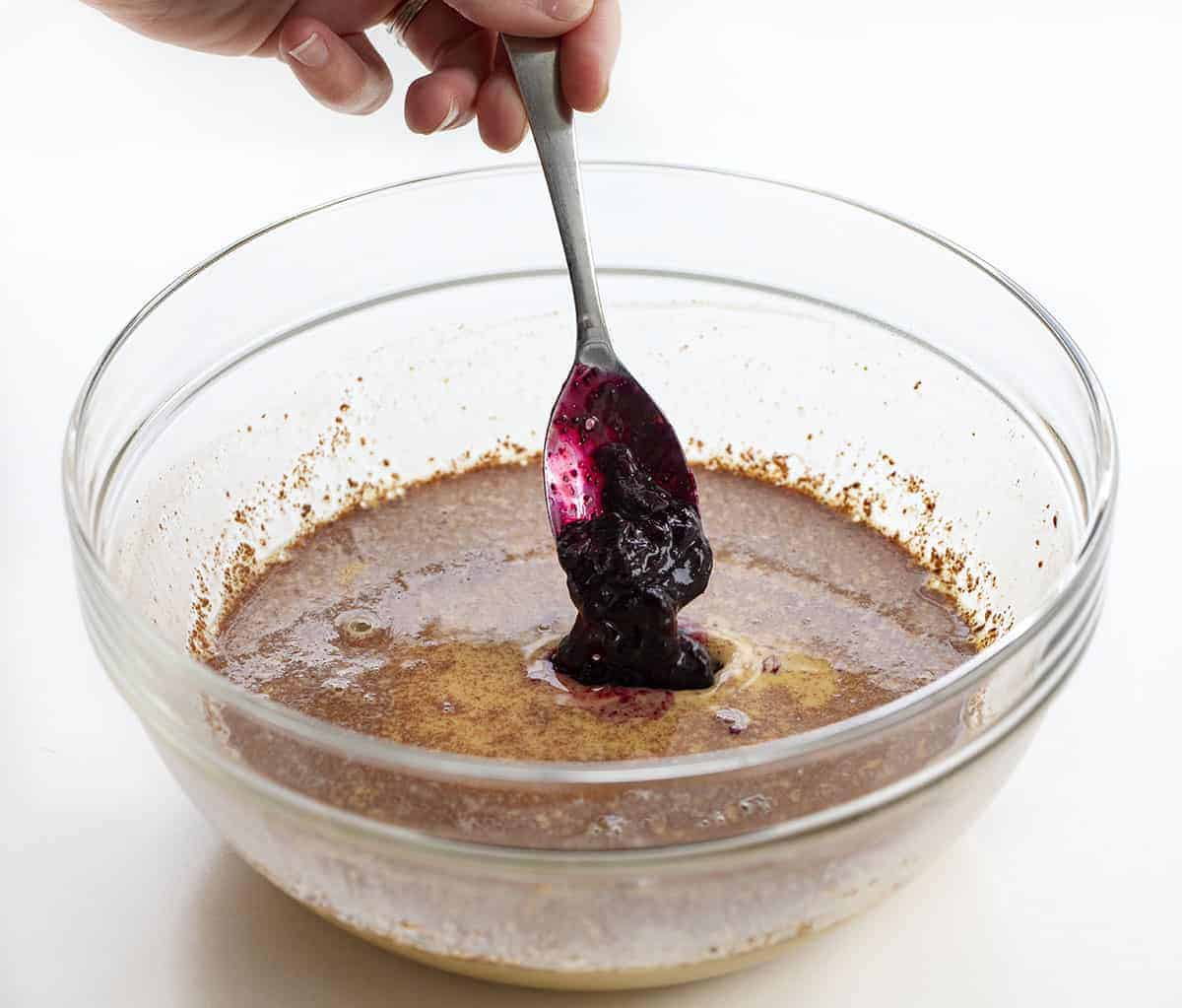 How to Make Blueberry French Toast

When ready, make the batter in a large, wide-bottom bowl. Use a wire whisk to beat the eggs, milk, sugar, vanilla, salt, and cinnamon until smooth. You can add as much or as little cinnamon as to your taste. Next, pour in half the blueberry sauce, which is about 1/2 cup. Reserve the rest of the sauce for a topping.

With the batter made, heat a skillet over medium heat. You can also use a griddle set at 375°F, but I prefer the skillet to give the french toast some added texture and dark crust. I even have an air fryer french toast sticks recipe you may want to try sometime.

Dip the bread into the batter, making sure not to soak it. Place the bread in the heated skillet and cook for 2-4 minutes per side, or until golden brown. Serve topped with butter, maple syrup, and the reserved blueberry sauce. And, if you have some more fresh blueberries, add a few of those on top, too! 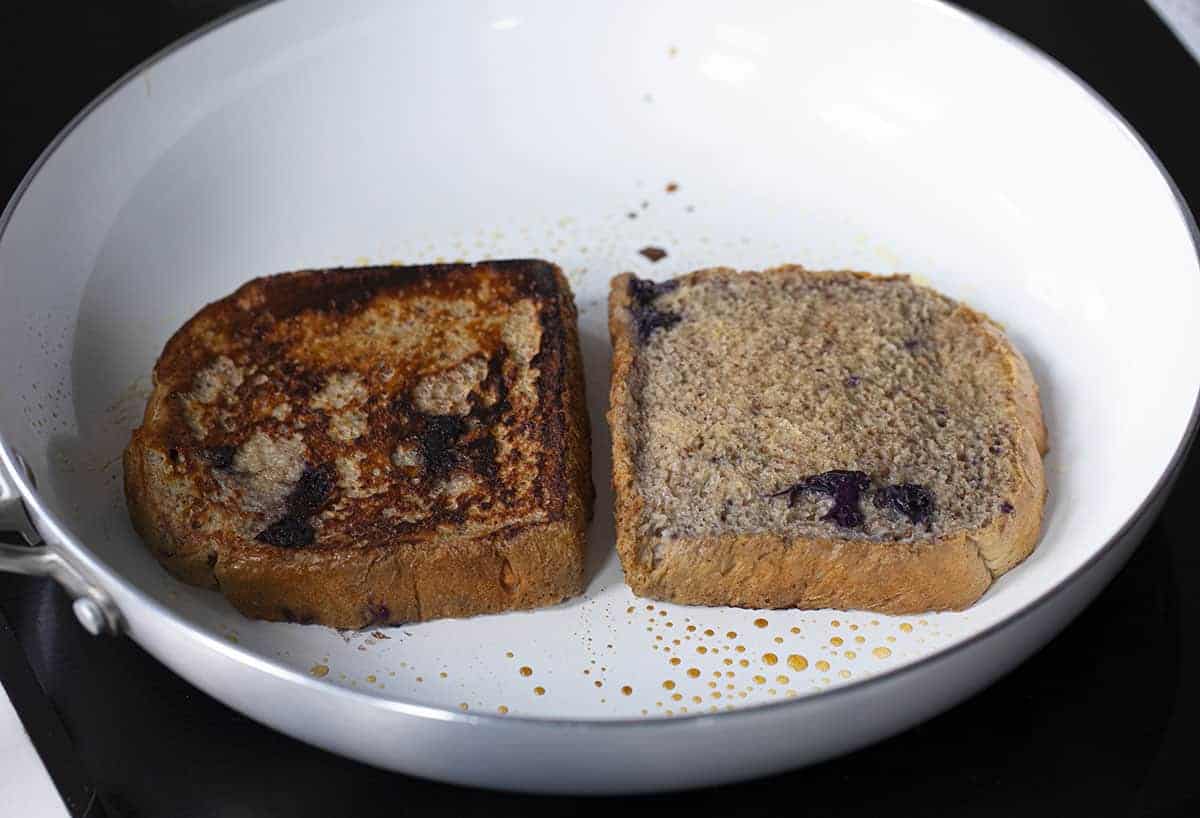 Yes, a piece of soggy french toast still tastes good, but the texture is definitely not that appealing. Here are a few reasons your french toast may be soggy:

Keeping these things in mind will have you making a perfect slice of French toast every time! 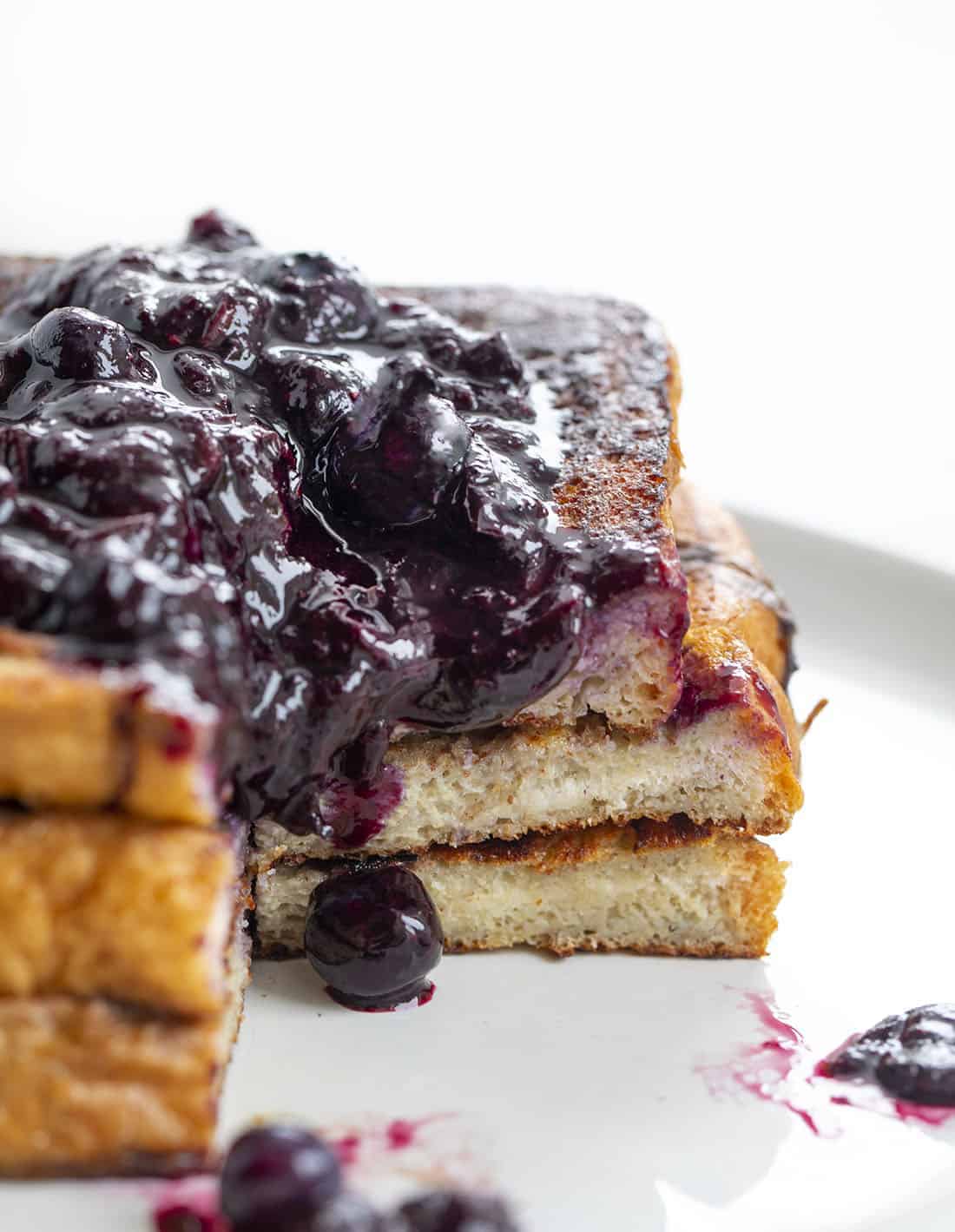 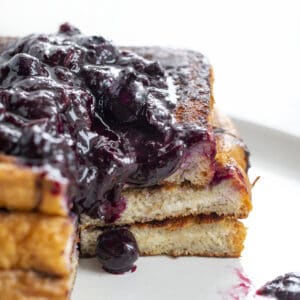