I’ve been meaning to bake this combination for some time now and glad I finally did.  Toasting the walnuts is always a great way to enhance the walnut flavour but in this loaf I also added toasted walnut oil.

A refrigerated saltolyse was used given the higher summer temperatures.  The levain was built overnight and kept in the coolest room in the house on the floor.

Bulk lasted about 5 hours.  Shaping was done around 35–40% rise at a pH of 4.16.  Further bench rest was allowed until the pH reached 4.0 and the dough then had a final cold proof at 3ºC overnight and then baked as usual in a dutch oven overnight.

The crumb is a bit tight I’m sure partially because of the weight of the inclusions and perhaps also because of the microbe inhibiting effects of the brandy?  I’ve never been able to get anything like a relatively open crumb with fruit and nut breads, I think I’d have to reduce the amount of fruit and nut that I add to the bread.  However, I love the density of inclusions in these types of bread and this was a lovely eating bread.  The blueberries are delicious and still have some tenderness to them, while the toasted walnut flavour is definitely enhanced by the addition of the oil.  I think that the crust is a bit thinner and crispier which I believe is because of the walnut oil.  I’ll need to compare to future bakes to know for sure. 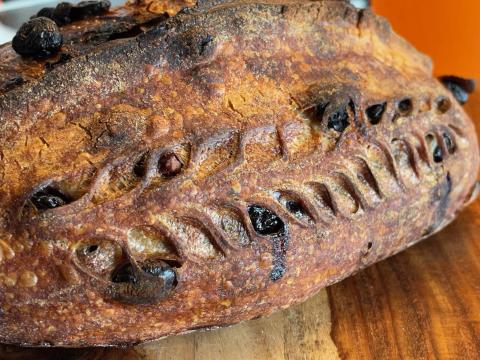 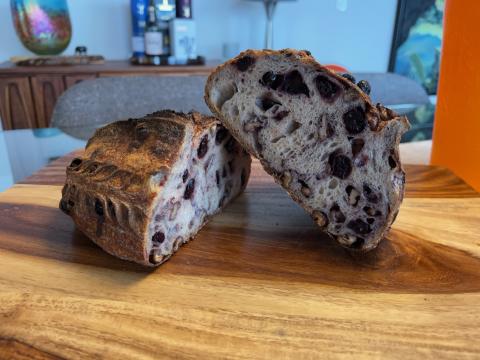 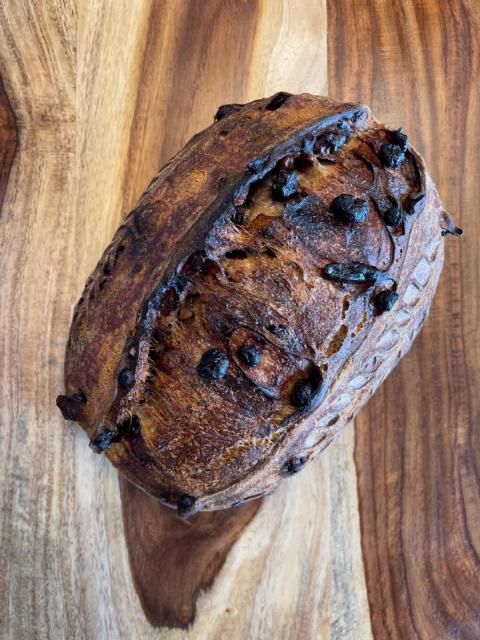 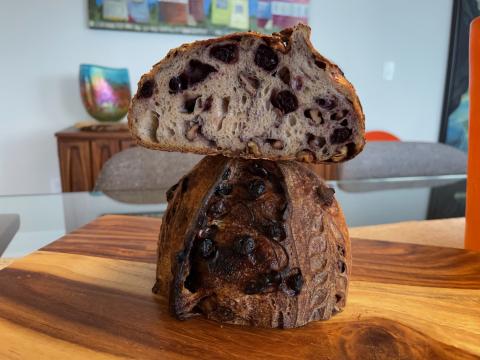