This recipe from Cedar Mountain was perfect for the new batch of grain berries that I received from Daybreak Mills. It took a bit of work when you consider caramelizing the onions, milling and sifting the bran out of the flour and toasting the seeds, but the one thing I didn’t count on, was how sticky the rye made the dough. Coil folds started off nicely but as the dough warmed up, it became super sticky. I took it out of the warm spot near the end of bulk hoping to make it a bit more manageable. And I preshaped it right after the last coil fold. That part went okay but the dough felt kind of heavy. I might be baking bricks in the morning. 🤦🏼‍♀️

A few days before:

Well, surprisingly, there was some decent oven spring! The house smells incredible of toasted seeds and onions! 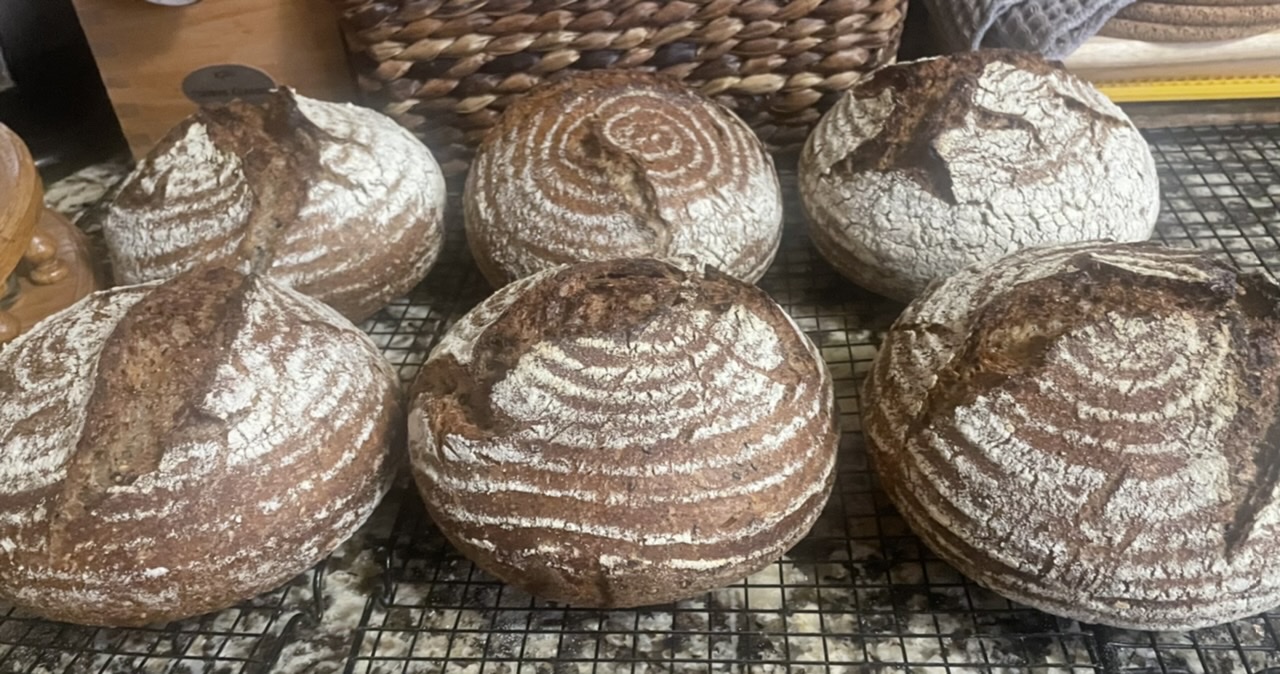