Creamed spinach can go right or wrong, and this creamed spinach recipe is just right. The creaminess comes from cream cheese rather than heavy cream, which offers some delectable tanginess. Fresh baby spinach cooks down in mere minutes, no chopping required, so this recipe is ready in roughly twenty minutes.

Creamed spinach will never be the prettiest menu item on your Thanksgiving table, but the verdant color of freshly cooked spinach will liven up otherwise beige plates. The more greens the better, I say. 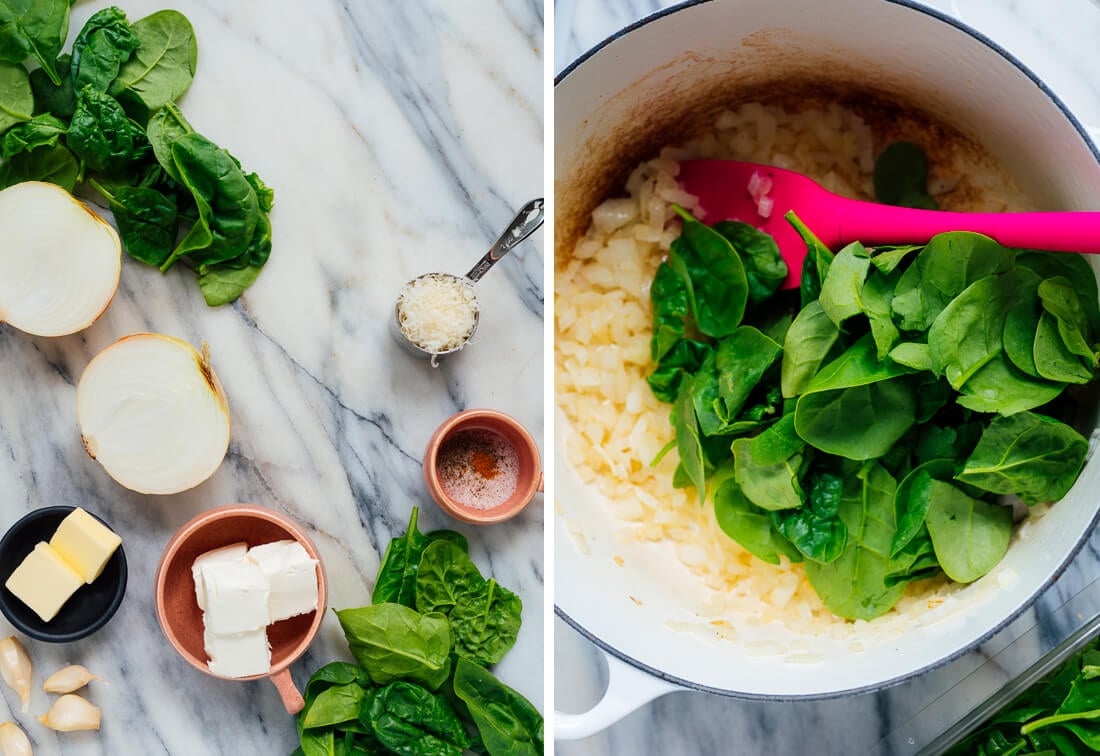 I didn’t grow up with creamed spinach at our Thanksgiving suppers. I’ve found it on steakhouse menus while searching for vegetarian options. The name “creamed spinach” doesn’t sound terribly enticing, does it?

I wasn’t sold on the general concept until I realized that it’s almost like spinach dip in side dish form. Creamed spinach earned my full attention in that moment.

After some trial and error, I’m sharing this recipe because I think it’s worthy of your attention, too. It’s delicious, creamy, comforting and just so nice!