This is a Halloween candy corn themed coconut chocolate babka, as suggested by my husband. No candy corn was used in this recipe (I’m not a fan). I couldn’t resist giving this a try. I think he may have been in the mood for some chocolatey goodness, and he kept nudging me along with ideas.

I followed Maurizio’s recipe again. Once the dough was almost mixed to where it needed to be, I split it into 2 randomly sized balls. Then I started adding food coloring to the dough…. The only other colored bread recipe I found had suggestions for how much to add, and it was wayyy more than I intended for the orange color. The yellow came out a little less intense, but still more than expected. I lost count adding it 1-2 drops at a time, but I think it was about 10-12 drops. Apparently the color intensifies after a couple of minutes. Lesson learned….

Crumb shot tomorrow, after we get to a family gathering. The kids will be all sugared up before they even go Trick or Treating. 😆 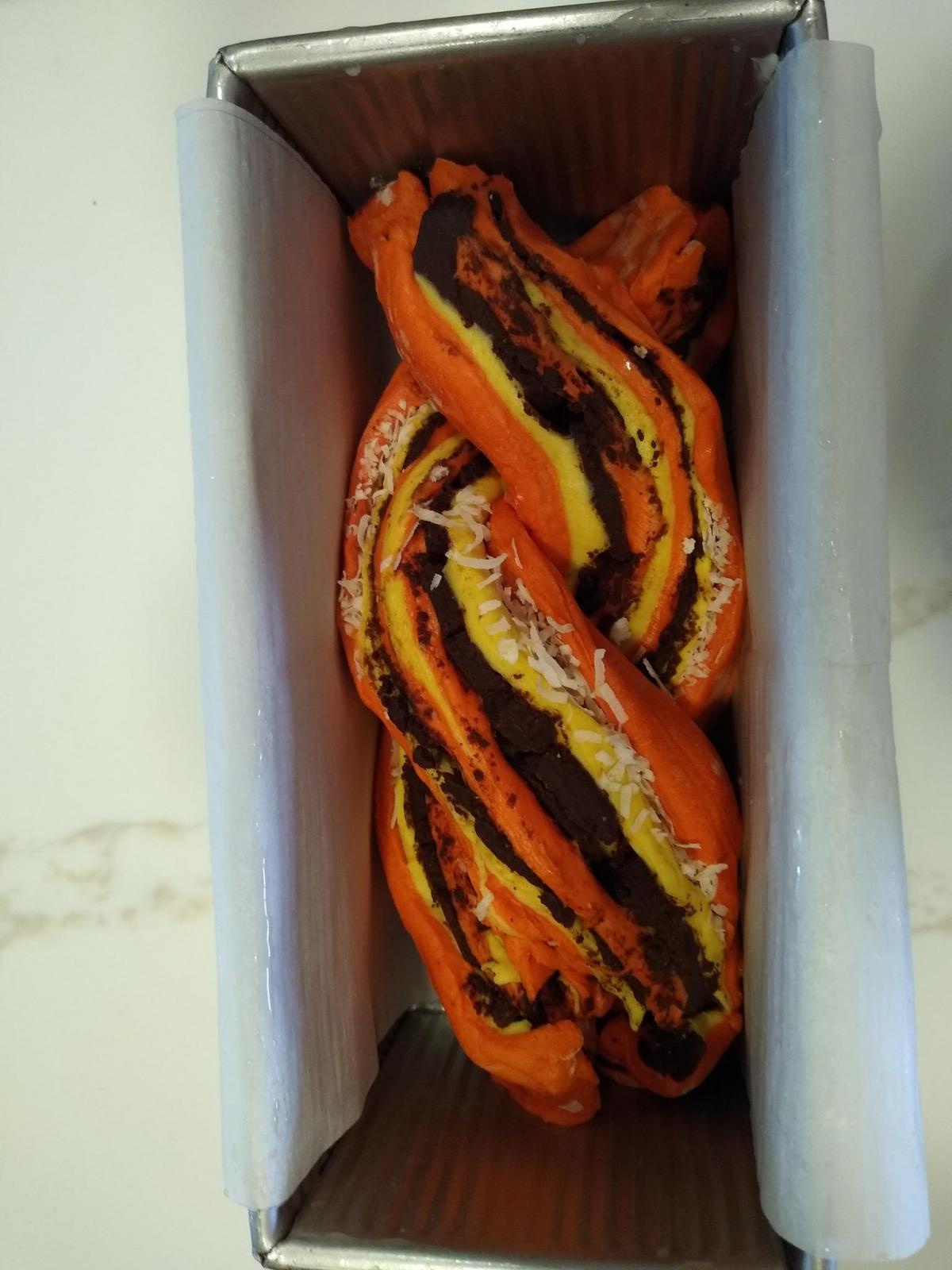 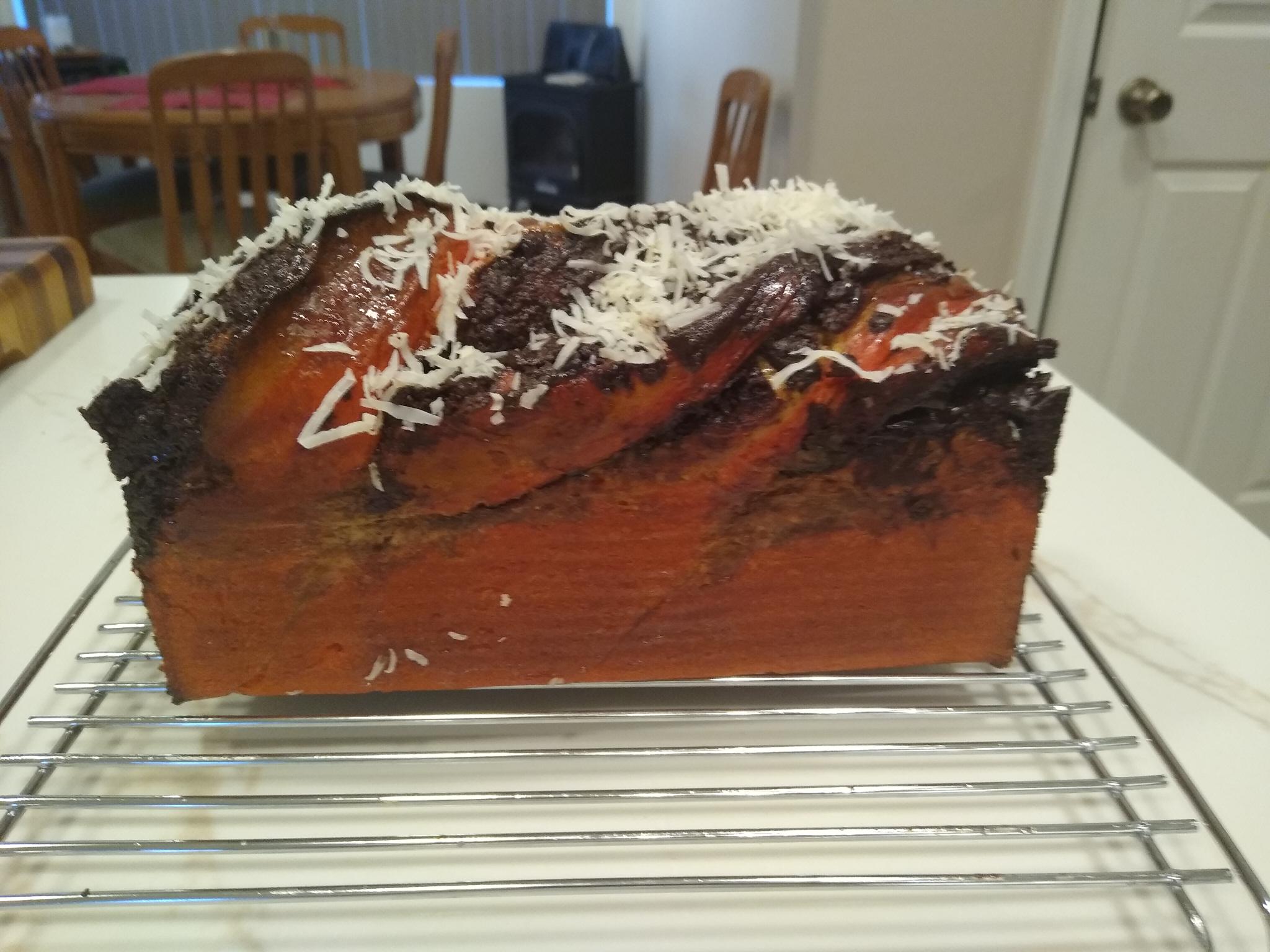 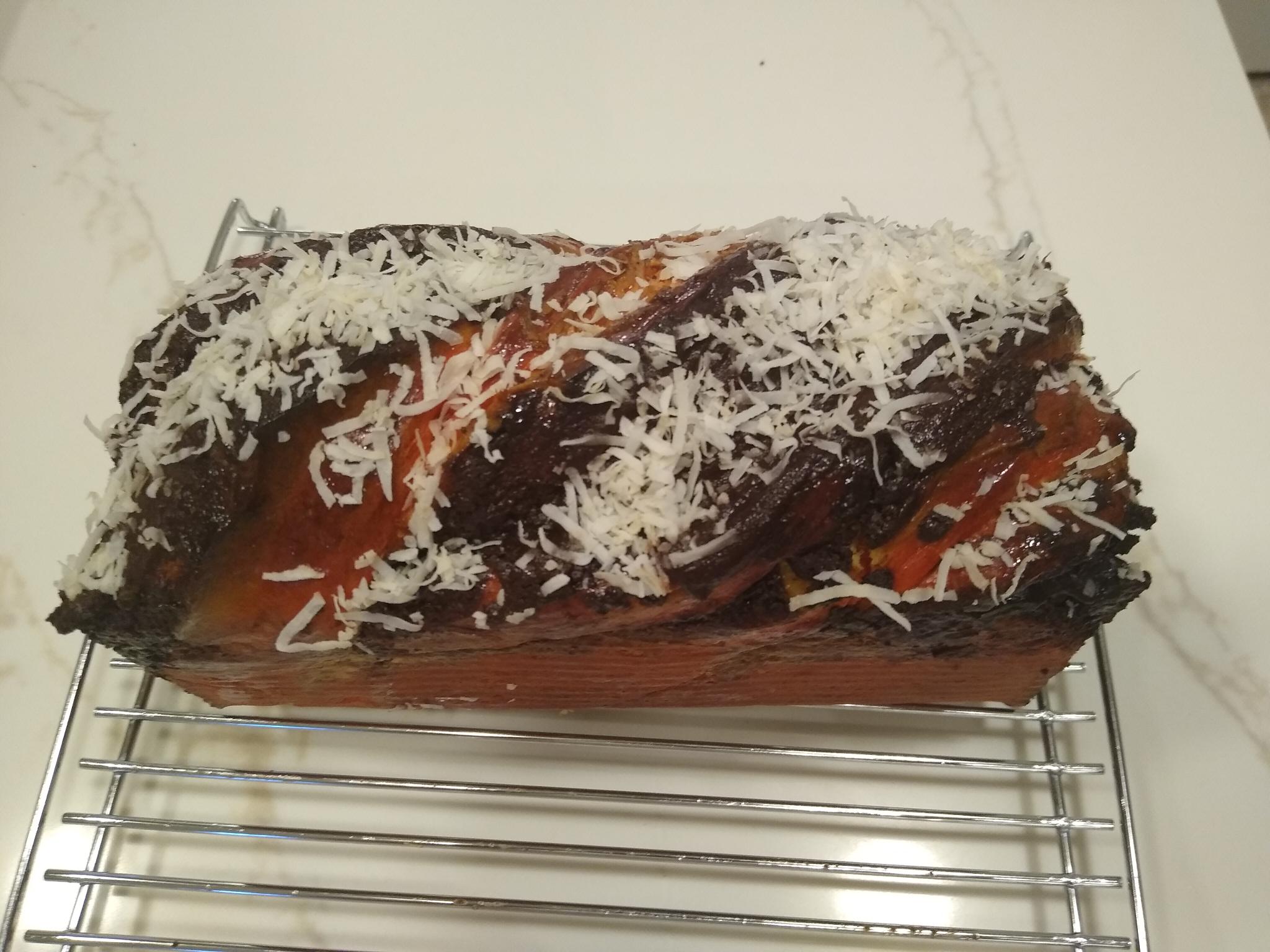