It’s easy to be overcome by the original and exquisite flavor of warm freshly made saj bread and neglects its rich history and various benefits.

Wheat, a key component of saj bread, is a major staple grain in the Middle East and North Africa (MENA) region, accounting for up to one-third of all calories ingested. Saj is a mainstay of Lebanese cuisine and is frequently served as part of a mezze platter. Because many agricultural cooperatives are managed by rural women who bake and sell saj bread, the production of saj bread benefits women’s livelihoods in rural areas.

What Is the Origin of Saj Bread?

The word “flat” bread refers to a variety of bread kinds that vary in ingredients, cooking methods, and overall taste depending on where they are consumed.

Saj bread (also spelled markook, khubz ruqaq, shrak, khubz rqeeq, and mashrooh) is a sort of unleavened flatbread popular in the Levant and the Middle East. It’s baked on a saj, which is a domed or convex metal griddle. The saj is usually rather large, measuring around 60 centimeters in length. The dough for saj bread, like that of other flatbreads, is flattened and maintained very thin before baking. Before being sold, it is normally folded and placed in bags.

Bread’s history is entwined with the history of the world. Wheat, the main ingredient, is known to have grown on various continents in ancient times, but it thrived in the Fertile Crescent, which encompassed modern-day Palestine, Lebanon, Syria, Jordan, Egypt, and Iraq, as well as the southeastern portion of Turkey and the western edges of Iran. The famed tenth-century Arabic cookbook “Kitab Al Tabikh” (The Book of Dishes) by Ibn Sayyar Al Warraq contains one of the earliest descriptions of markook bread.

Flatbreads, in general, are regarded as an asset in a subsistence economy, when every resource must be rationalized, when compared to more voluminous bread loaves. Bread can also be used to scoop up and devour food instead of using dining utensils. Flatbreads are popular in locations where nomadic life is prevalent, possibly because of their simple and convenient transportation technique, in which they are placed on top of each other. Flatbreads are popular all throughout the world, despite their rustic origins. They have a fantastic taste and many health benefits.

Is Saj Bread Good for You?

Flatbread is a healthier option than typical yeast bread. It’s best if it’s produced with whole grains and contains little sugar and salt, as well as no hydrogenated oils. Whole grains offer a higher nutritional and fiber content than white bread. Fibers are important for a healthy digestive system and have numerous health advantages. They may also aid in the prevention of obesity, as well as the prevention of constipation, diabetes, heart disease, and high cholesterol. Adding seeds like flax or chia seeds can boost the flatbread’s nutritious worth even more.

Wheat is an important component of bread because it is largely made up of carbs and has a moderate amount of protein. Carbohydrates are an important aspect of our diets because they supply energy to our bodies. Carbohydrates account for over half of our daily caloric needs. Vitamins including thiamin (vitamin B1), folic acid, riboflavin (vitamin B2), and minerals like iron, zinc, and iodine are added to flatbread wheat.

Saj Machine: Make Saj bread for your restaurant with the Saj Machine, Saj Bread Maker, Laffa Bread, and Taboon Bread Maker. This is a commercial heavy-duty saj maker for restaurants, sandwich shops, and other businesses that use natural gas. 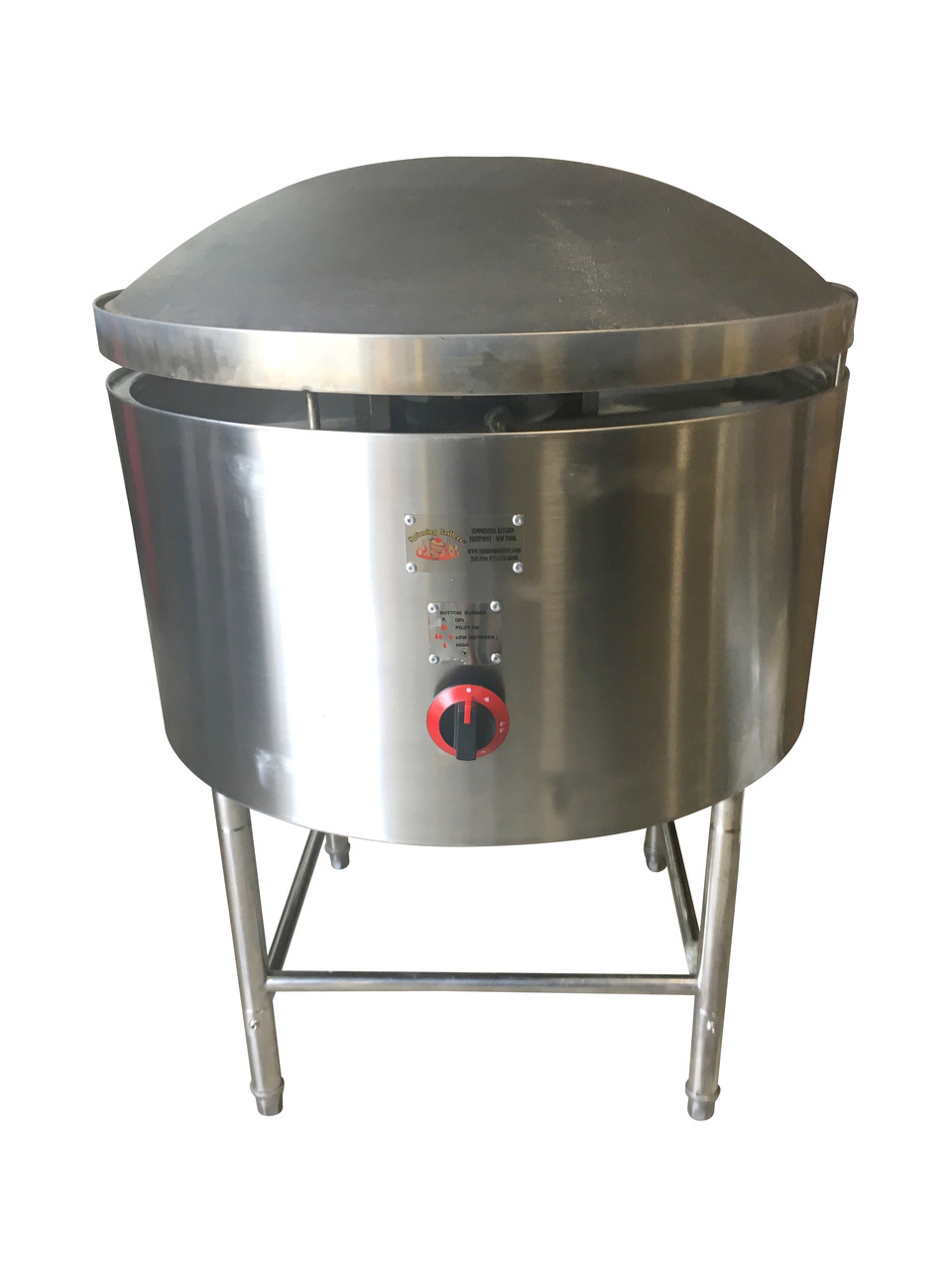 Note: If you’re using coarse salt, make sure to melt it in warm water before mixing it in with the rest of the dough’s ingredients, or add table salt after it’s been made.

Here’s How To Prepare Saj Bread: