We’ve been traveling. It seems a bit odd to say that we are vacationing, since we are retired, so “traveling” might be the better verb.  Last week we were in Nashville, TN.  This week we are in Sapphire, NC.

Today we took a little ramble down to Highlands, NC just to poke around a bit.  On our way, we came across this business that is one part furniture store, one part antique store, and one part reclaimed architectural bits store.  I won’t try to estimate how many parts might have been junk.  From a bread perspective, they had a stack of strapped pans from some long-defunct bakeries:

There were also several dough troughs scattered about, like this one: 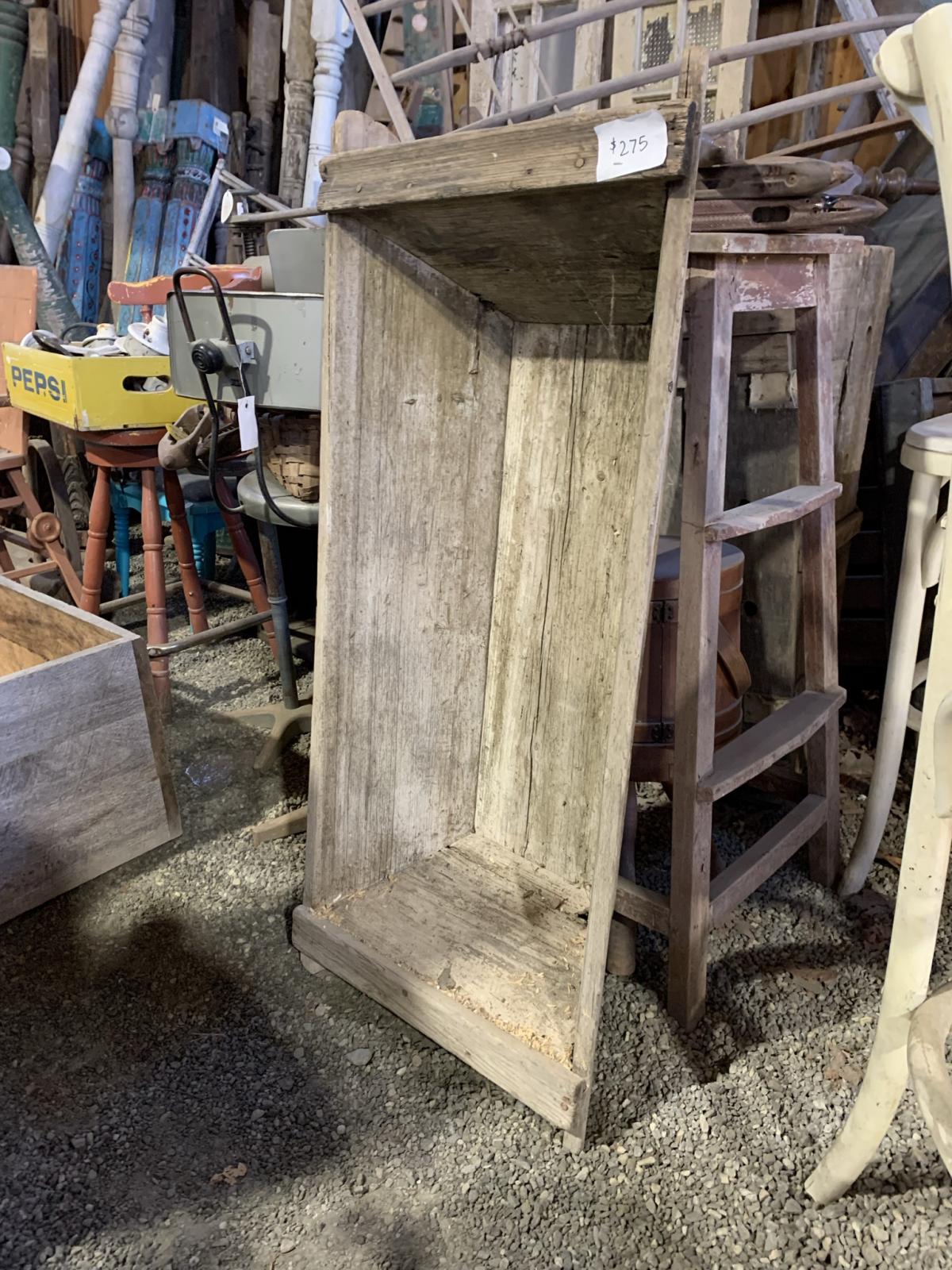 Some of the other specimens were in much rougher condition.

There were other “treasures” too numerous to mention.  Happily for my pocketbook, none of them followed me home, although there was a very close call with a bench.

We’ve also managed to see a few of the numerous waterfalls in the area: