Overnight Apple French Toast Bake is made with sweetened apples, brioche bread, and an egg mixture flavored with maple syrup, topped with pecans, and drizzled with a cream cheese glaze. If you are just looking for French toast, this French Toast recipe is the best!

This apple french toast bake is a perfect recipe to share with guests. It is a cross between an egg bake, apple pie filling, French toast, and bread pudding. The egg mixture is flavored with maple syrup that complements the filling. Pecans can be added to the dish for crunch and more flavor. And finally, a cream cheese glaze is literally the icing on the bake.

There are four parts to this recipe–the French toast filling, the egg mixture, chopped pecans, and cream cheese glaze.

Apples: I recommend granny smith apples in this recipe. They hold up well when baked. A few other options you could try would be Honeycrisp apples, Braeburn, or Pink Lady apples.

Bread: I chose to use brioche, a French bread, in this recipe. It is somewhat of a pastry and bread combo that tasted amazing in this recipe! You could also use another sweet bread like Hawaiian bread or even French bread.

Pecans: If you do not want to add nuts, simply leave them out of the recipe.

Glaze: When making the glaze, make sure the butter, cream cheese, and milk are all at room temperature. Cold ingredients will cause the glaze to clump and separate and not be as smooth. 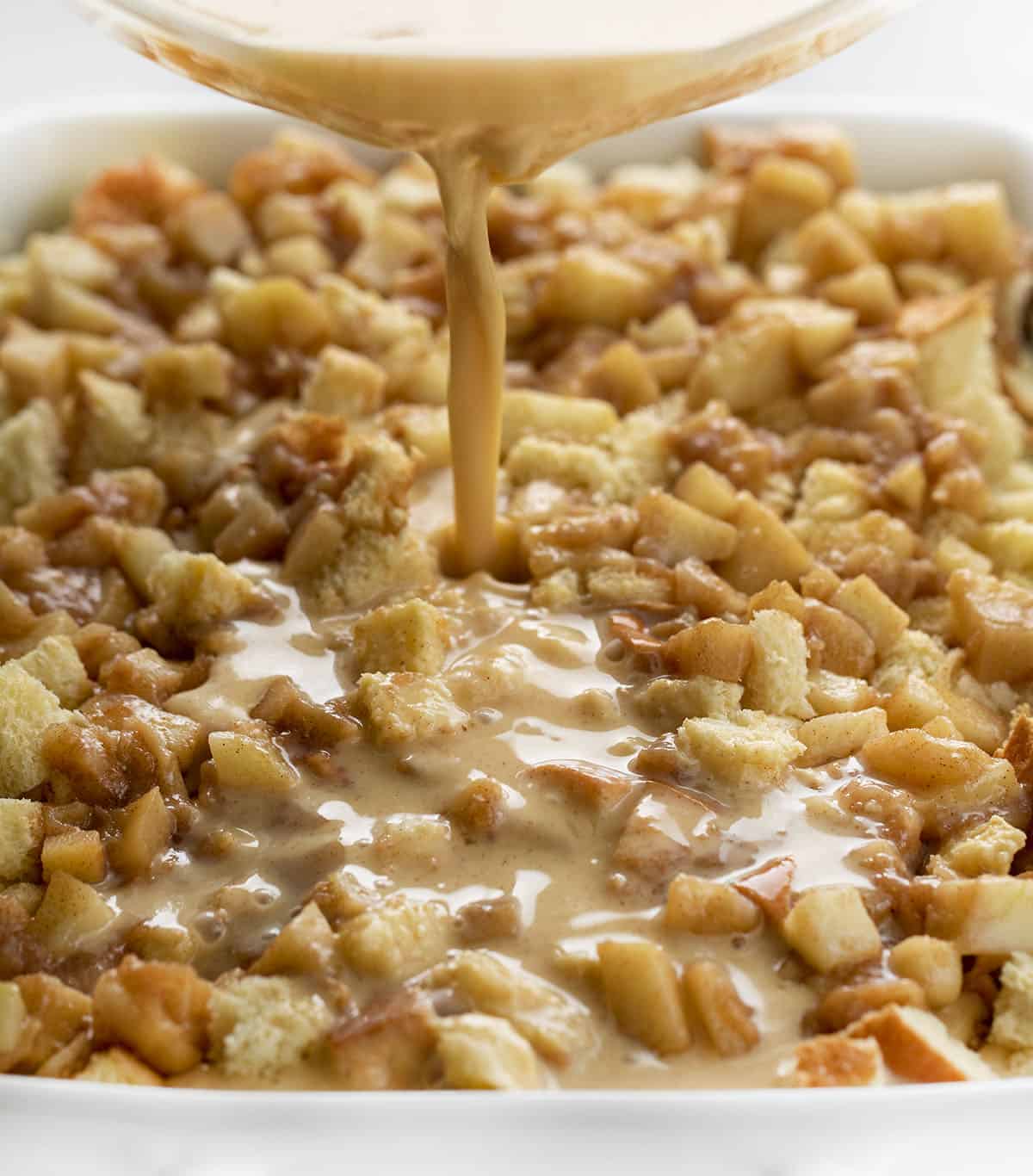 The first thing to do in this recipe is to get the apple french toast filling made. To do this, peel, core, and dice the apples. After the apples are cubed, melt the butter in a medium saucepan. Add the apples to the melted butter to let them cook for about 5 minutes, or until they are softened. 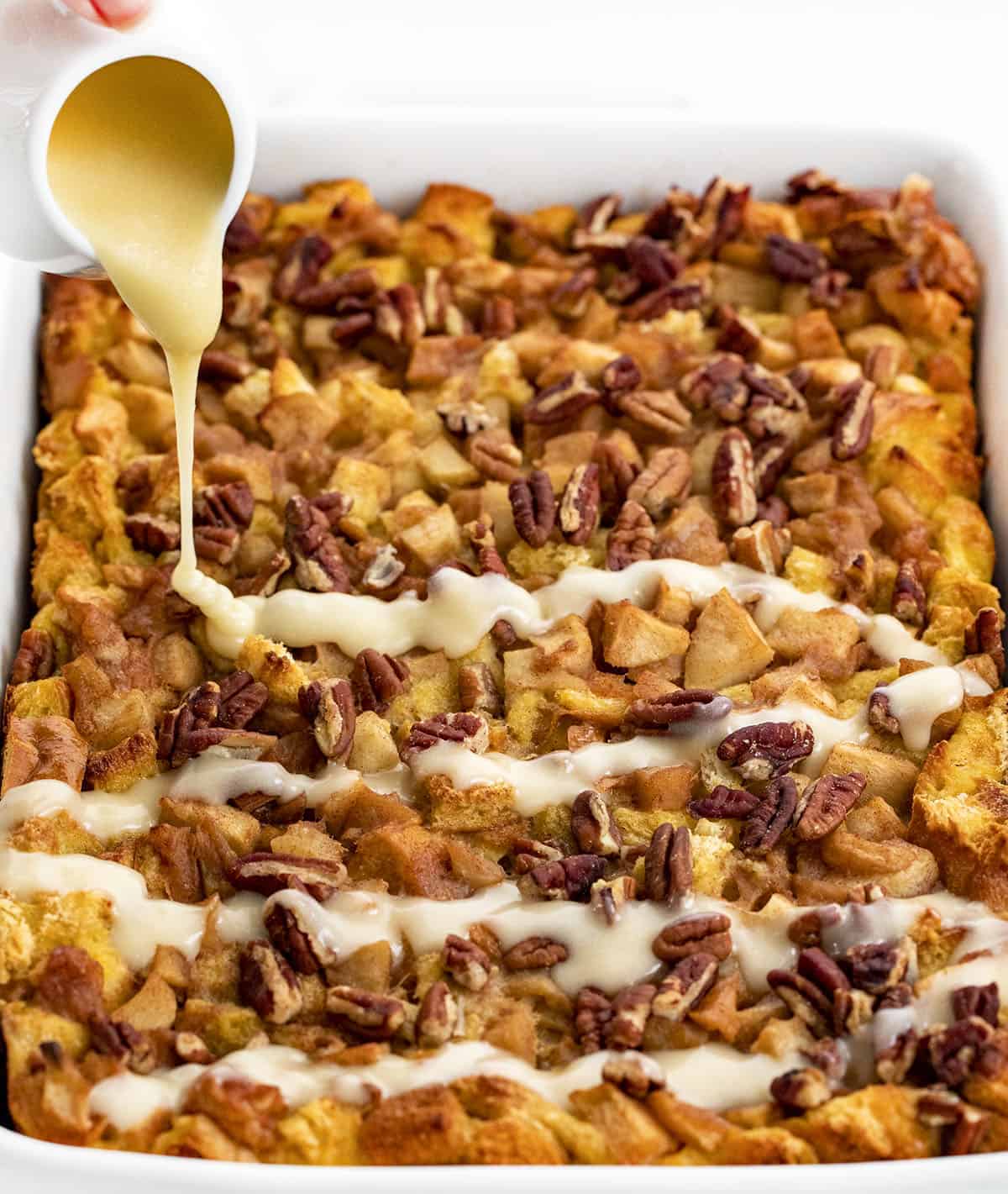 How to Make the Glaze

The glaze is a cream cheese glaze that puts the sweetening touch on the overnight apple french toast bake. To make the glaze, be sure to use room-temperature ingredients. In a bowl, mix together the ingredients for the glaze. Start with a tablespoon of milk and add more as needed until the glaze reaches your desired consistency. Pour the glaze over the warm french toast bake and serve. 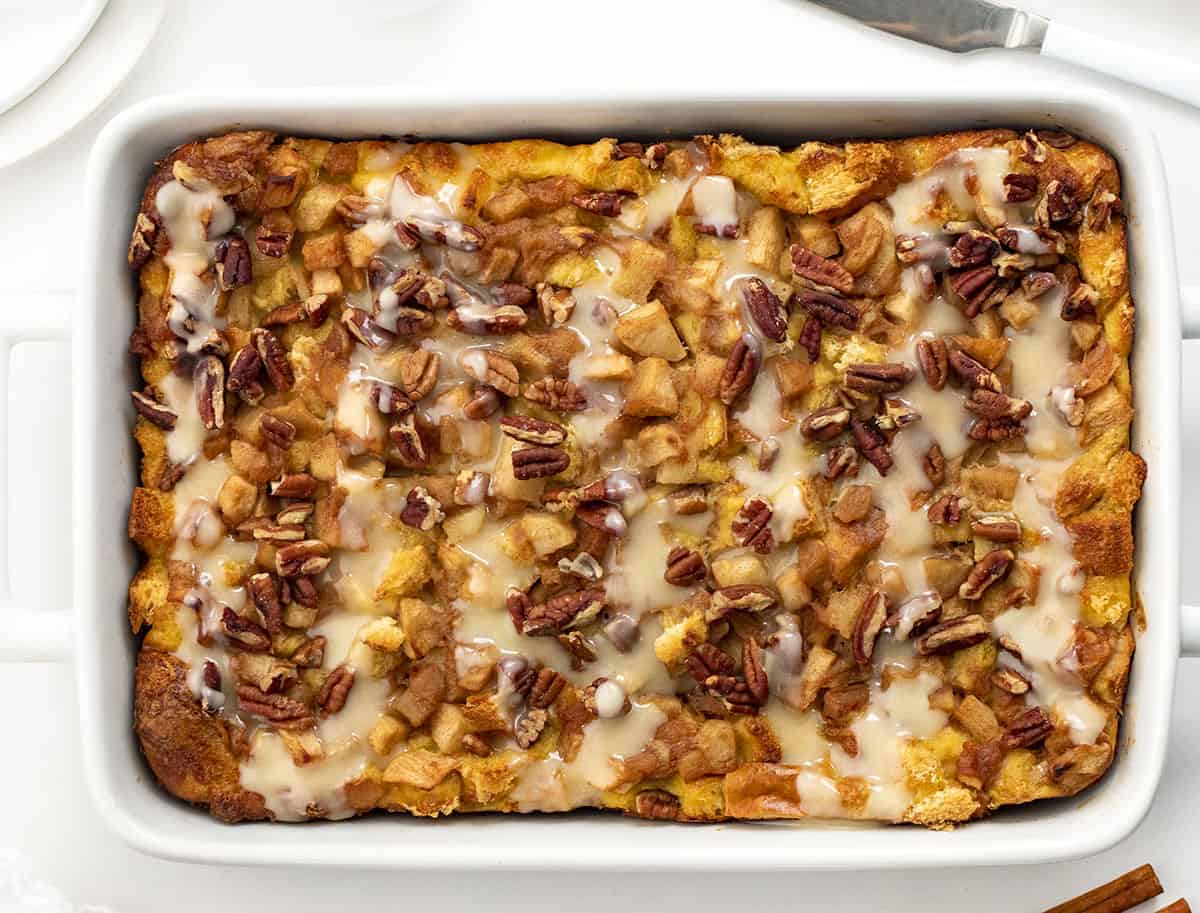 Do I Have to Refrigerate this Overnight?

For the best results, I recommend letting the apple french toast bake chill in the refrigerator overnight. This gives the egg mixture plenty of time to soak into the bread. However, you could get away with baking this after the dish has been in the refrigerator for as few as 2-3 hours. 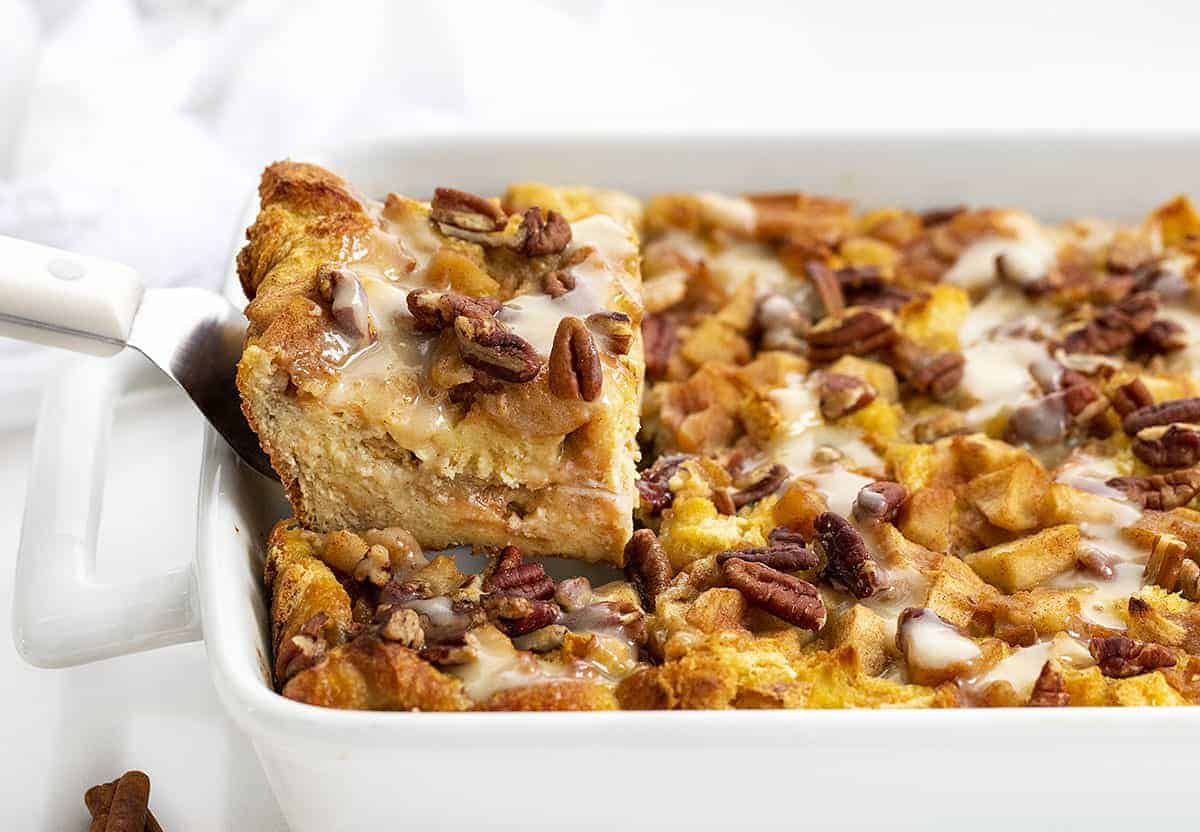 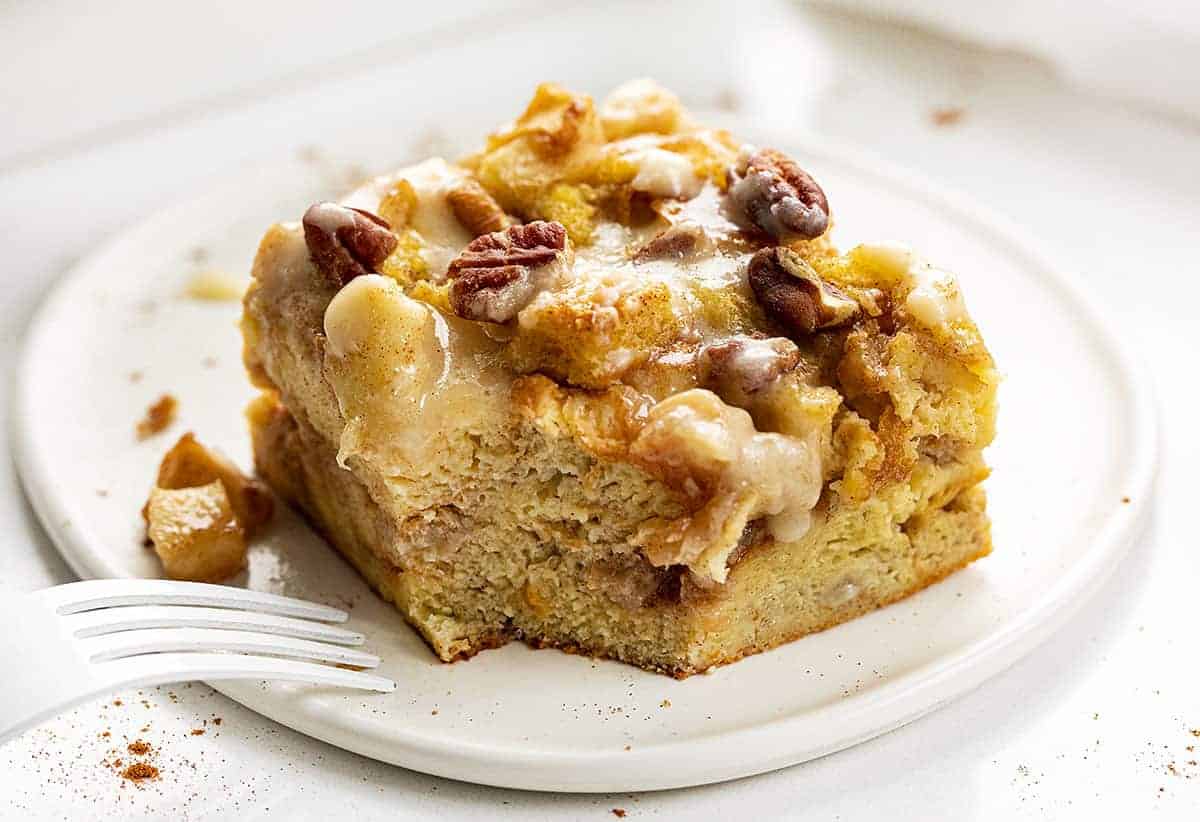 Calories: 413kcal
Tried this recipe?Let us know how it was!