I wanted to try this recipe again but with more of the porridge and cooked a bit longer. I increased the porridge to 15% and cooked it with half milk and water. However, in order to keep the porridge moist during cooking, an unspecified about of water was added. The porridge is kept at room temperature covered until the next day.

I built an overnight stiff levain which was kept at 76ºF which started at a pH of 5.26.
In the morning, I mixed salt, all the water and all the whole wheat and this was allowed to hydrate for 30 mins.
At the end of this short saltolyse the levain was at 3.5-4x rise and the pH was 4.12. It was added to the wet dough and broken up and hydrated. The bread flour was then added, the pH at this point was 5.26. After a 10 min rest slap and folds x 200 were done.
An additional 16 g of water was added via bassinage bringing the hydration not including the porridge to 80%. After a 5 mins rest the porridge was added through a series of stretch and folds. pH now was 5.36. After a 30 mins rest a bench letterfold was done. Then at 30 min intervals a series of coil folds were done until the dough appeared to have good structure in this case 4 were done.
The dough was then allowed to fermented at 80ºF until it showed a rise of 35% and a pH of 4.38 at which time shaping was done. The shaped dough in banneton was then allowed to start final warm proofing on the counter until the pH reached 4.1 and the rise was 50%. Cold retard was started 3ºF overnight for next morning baking.
Pre-heat oven with cast iron skillet in the oven and set up for open steam baking.
30 mins prior to baking, pour 1 L of boiling water into metal loaf pan with Sylvia towel and place on baking steel on the lowest rack of the oven.
Once oven reaches 500ºF turn dough out of banneton, brush excess rice flour off, score and then brush with water. Transfer to oven. Pour 250 mL of boiling water into the cast iron skillet on a high shelf, high enough that the dough have fully bloom. Drop temperature to 450ºF and bake with steam for 25 mins. Then vent oven and remove all steaming gear and drop temperature to 425ºF. Bake for another 25-30 mins rotating as needed. 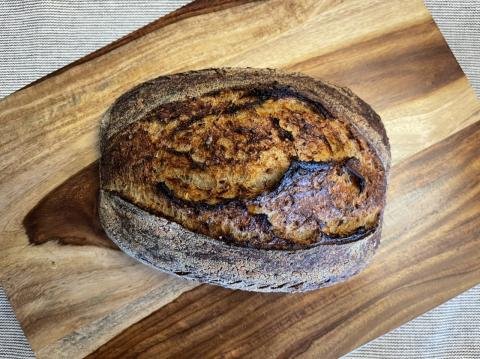 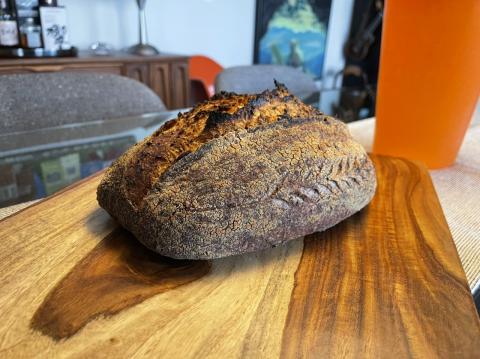 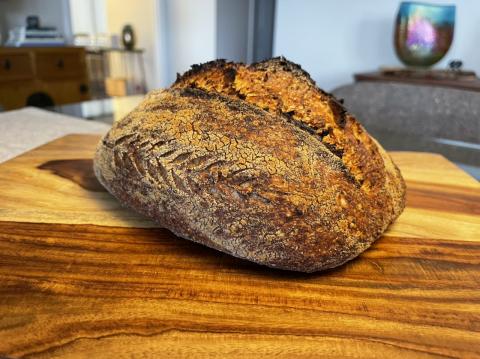 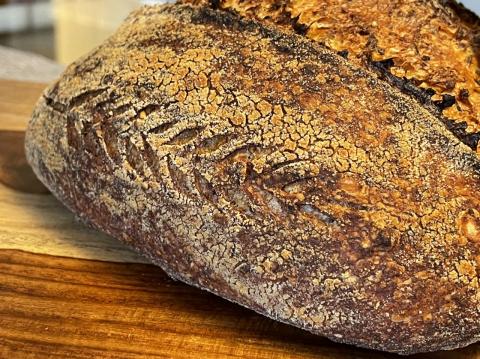 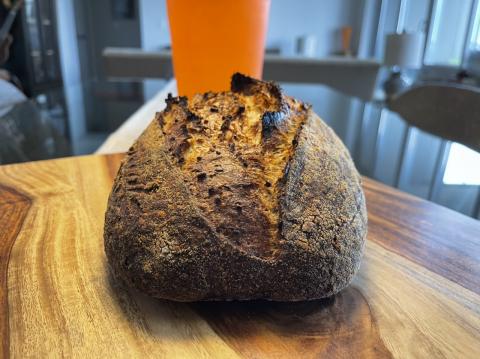 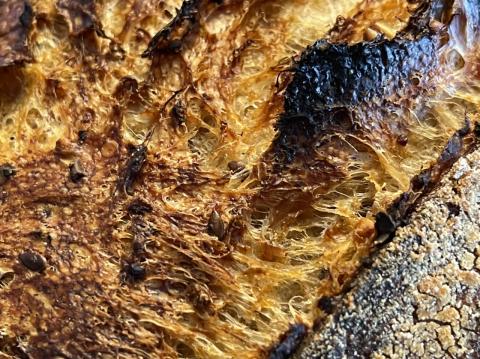