These Chickpea Breakfast Rolls are perfect for your next brunch party! Flour tortillas filled with vegan chickpea scramble and spinach, then rolled up, sliced and fried into crunchy golden pinwheels! Serve with my hashbrowns and some fruit. Nut-free & gluten-free option.

Coming at you with a full vegan breakfast platter! Chickpea Scramble Breakfast Pinwheels, Hashbrowns, and fruit! That alongside a cup of good coffee and the day is already pretty perfect. Think of these Chickpea Breakfast Pinwheels as a fun spin on a vegan chickpea scramble burrito or a wrap. But here, instead of just rolling it all up and biting right in, we slice the  breakfast wrap into little breakfast pinwheels.

Chickpeas are mashed with some secret ingredients into a chickpea scramble salad which you can also serve on bread! We roll that up in a tortilla, slice it and pan fry for a crisp bite! These also make a great packed breakfast or snack. 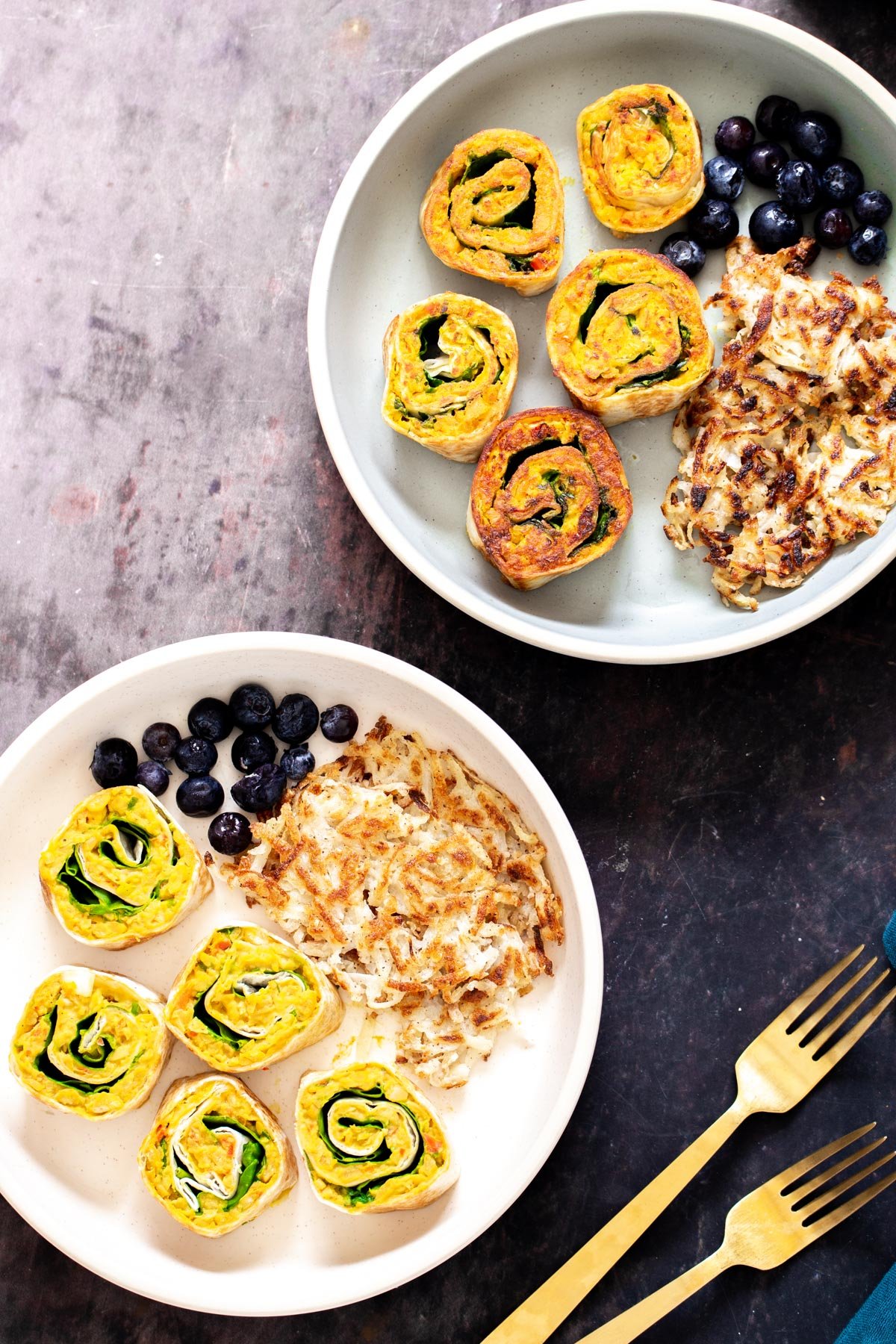 Once we have prepared our scramble filling, we just take some extra-large flour tortillas and add the chickpea scramble plus some greens. I went with spinach but you can use herbs, arugula, kale, whatever you want.

Roll it up then slice it into rounds. These are delicious as they are but to take them to the next level of golden crunchy chickpea breakfast deliciousness, fry the pinwheels in the pan just a couple of minutes to brown them on both sides.

Serve them as a complete vegan breakfast platter along with my quick homemade hashbrowns and some fresh fruit at your next brunch party. Or pack it all and take it to work, school, or university for an easy lunch. 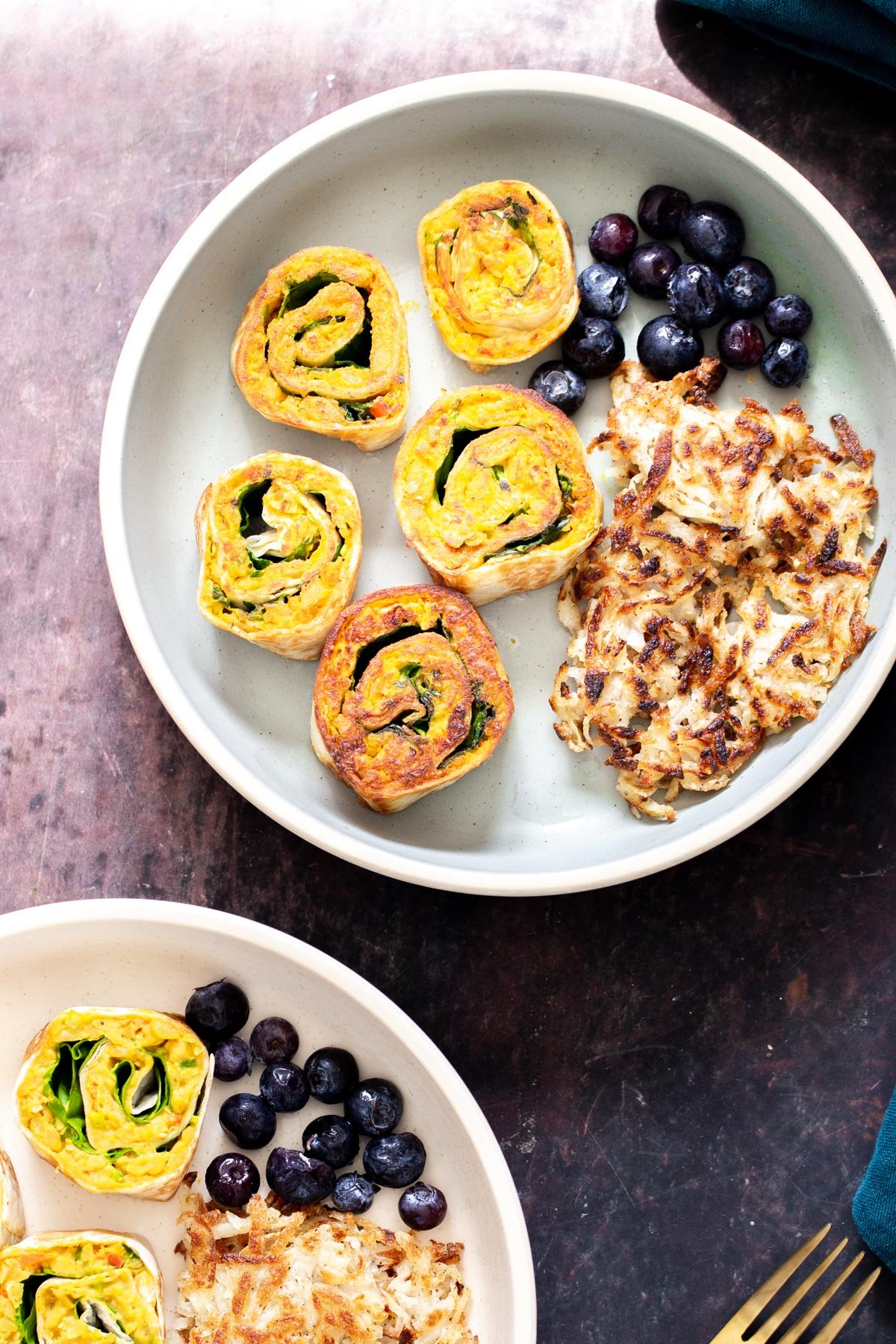