Black Forest Cake meets Self-Saucing Chocolate Pudding – oh yes, two iconic chocolate desserts in one! What’s not to love? This is love by the spoonful. This vegan chocolate pudding cake is so amazing, it’s warm, gooey, fudgy, chocolatey, and it has a secret superpower!

You guessed it  – this pudding makes it’s own chocolate sauce while it is baked! You just throw together the batter, pop the casserole in the oven, and when you scoop it up, you find all of these amazing pockets of chocolate pudding sauce hidden right in the cake. So cool and exciting (not to mention crazy delicious)! 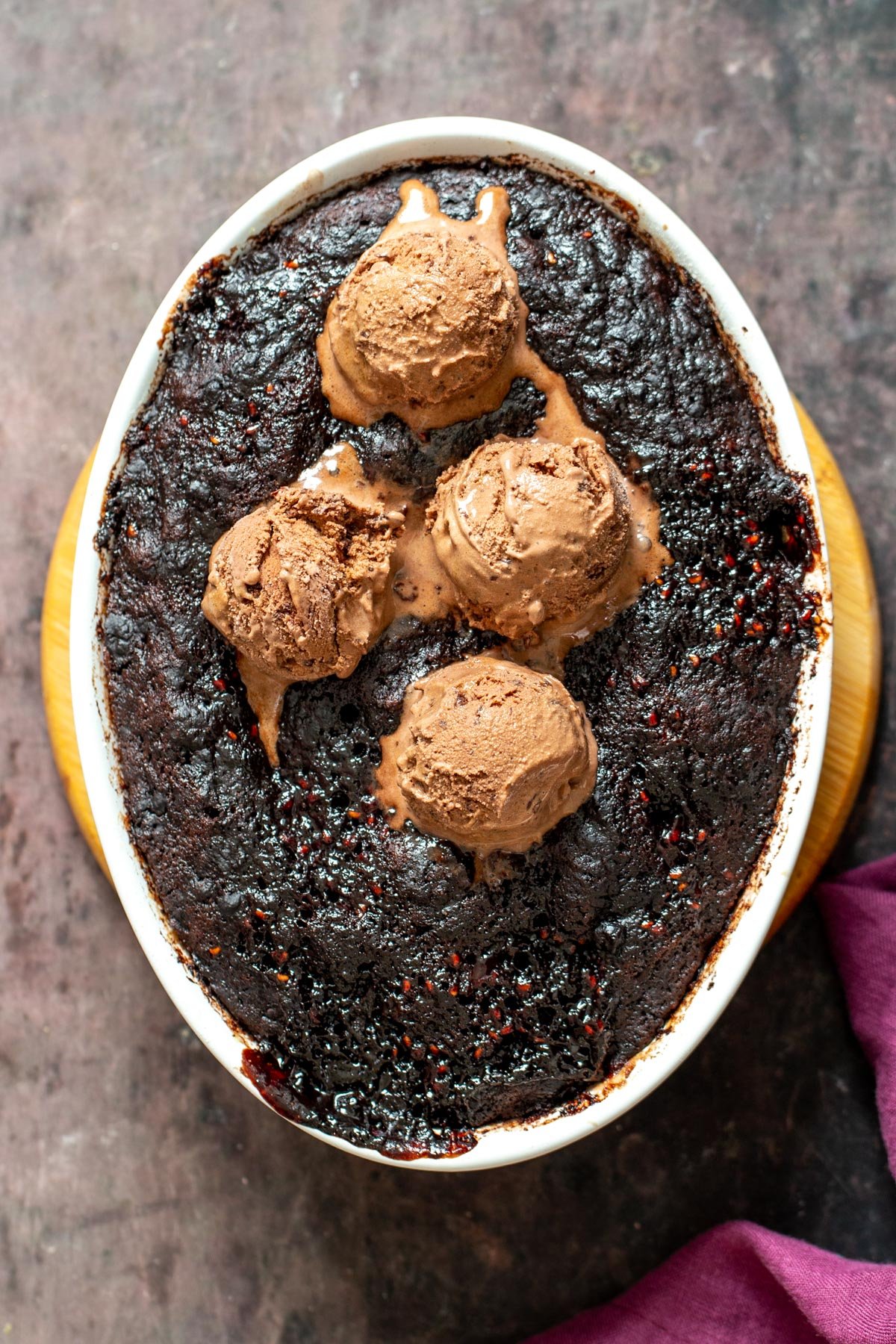 This pudding cake is made in three layers, the bottom chocolate pudding cake layer, a middle layer which is basically just a sprinkle of cocoa powder and sugar, and the top water layer which is added before baking. You might feel a bit skeptical when making this for the first time, but trust me, truly amazing things happen in the oven. Just trust the process!.

How to make Cherry Compote:

For making Cherry Compote from scratch, combine 1 cup cherries with 1 tsp lime juice, 2 tablespoons maple syrup, and a pinch of cinnamon and cook in a saucepan over medium heat until thickened to preference. The cherries with burst and then thicken a bit making a delicious compote, some of which you can also serve on the side with the cake. 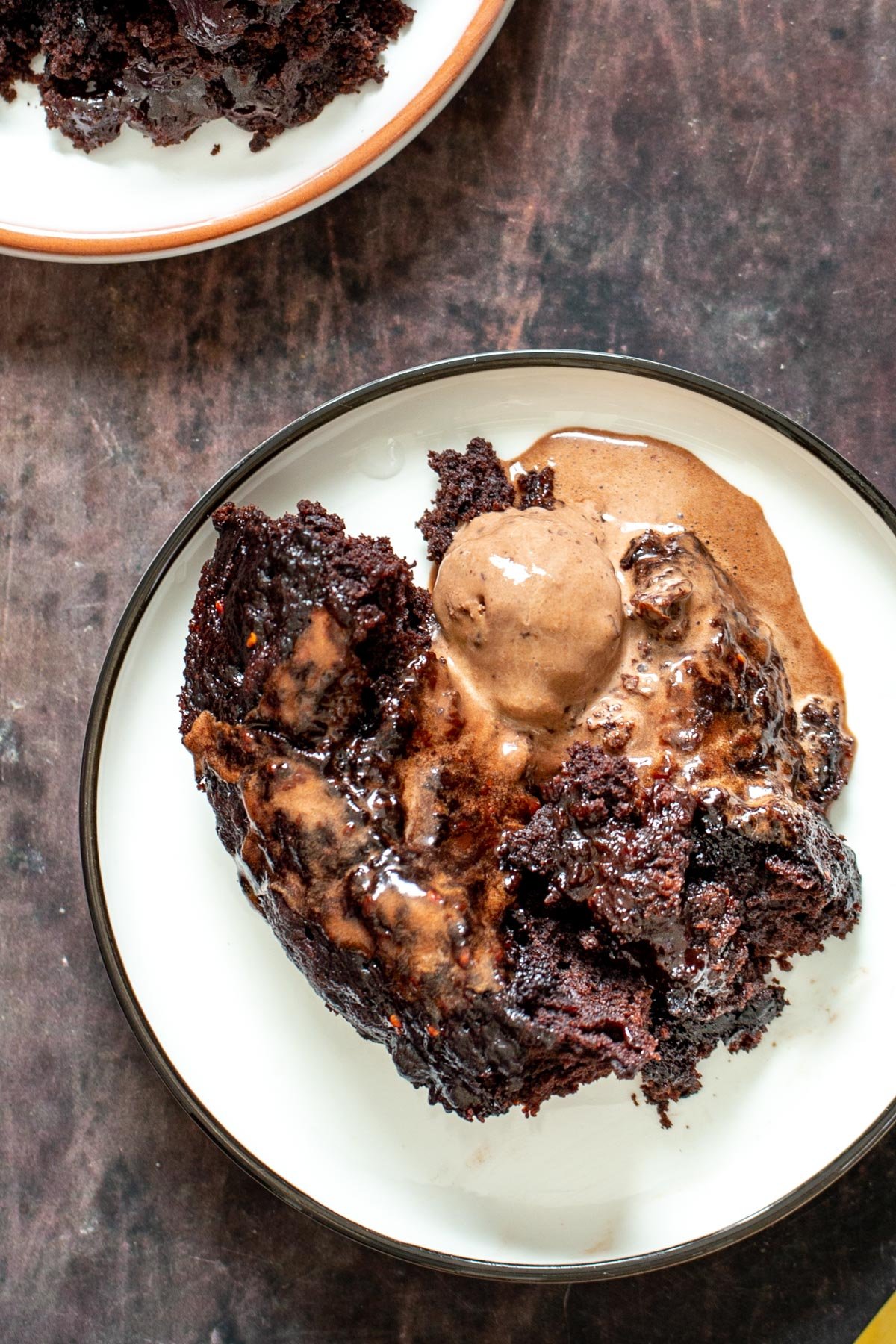