Move over grilled cheese, my Vegan Spinach Cheese Melts are here to curb even the most serious cravings for a cheesy, melty and comforting lunch sandwich! The addition of tomatoes and sauteed mushrooms take these vegan cheese sandwiches to the next level.

I mean, the combination of melty vegan mozzarella cheese and sauteed spinach alone would be pretty amazing.  But I didn’t stop there. Natural plant-based umami bombs mushrooms and tomatoes are added to take these vegan cheese sandwiches to the next level of deliciousness!

Just in case you’ve been wondering.  Yes, vegan cheese melts and grilled cheeses are a thing! How so? Homemade vegan mozzarella cream. You could also call it vegan cheese spread! That’s right. No need to buy expensive vegan slices at the store. We make our own spreadable mozzarella from simple ingredients. Mostly blended soaked cashew nuts, some garlic and miso for umami, and a touch of flour for getting that gorgeous thick yet silky texture upon heating the sauce. 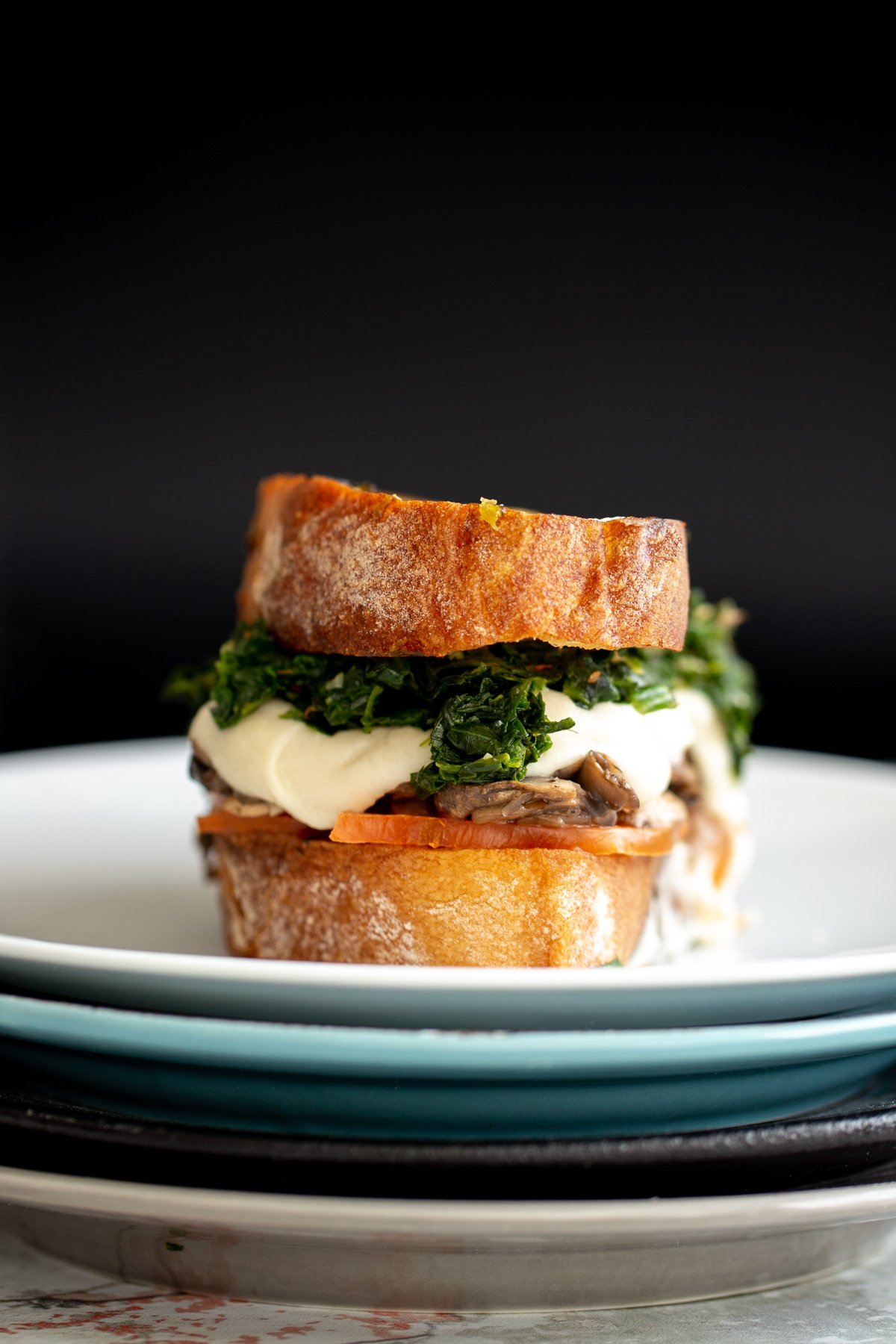