This Vegan Stuffing is made with homemade chickpea sausage crumbles and is hearty, wholesome, and packed with flavor! Serve it for your vegan Thanksgiving Dinner. Gluten-free option.

No Thanksgiving Dinner without Stuffing! This vegan stuffing is my current favorite! It is made with bread and homemade vegan chickpea sausage meat. It’s hearty, moist and flavorful on the inside, and perfectly crisp on the outside – just like any good Thanksgiving stuffing should be. 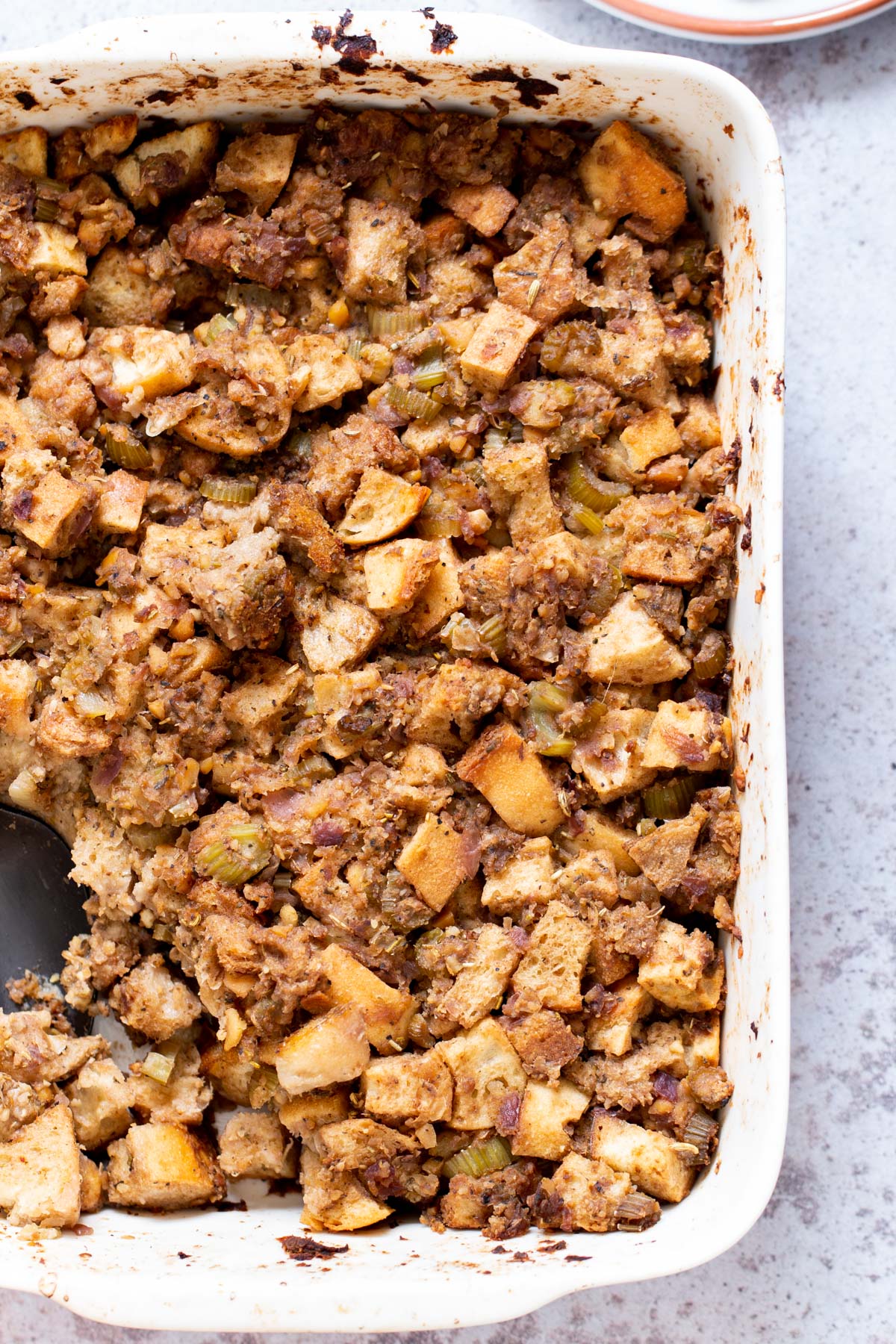 Comforting, flavorful, loaded with veggies and studded with nutrient-rich chickpeas. This is a vegan stuffing recipe that is wholesome and satisfying. A simple vegan side dish that is perfect for holiday gatherings.

This would be the perfect side dish to serve alongside my Vegan Thanksgiving Roast Or my Lentil quinoa meatloaf  or Nut Roast , along with some vegan gravy and mashed potatoes. 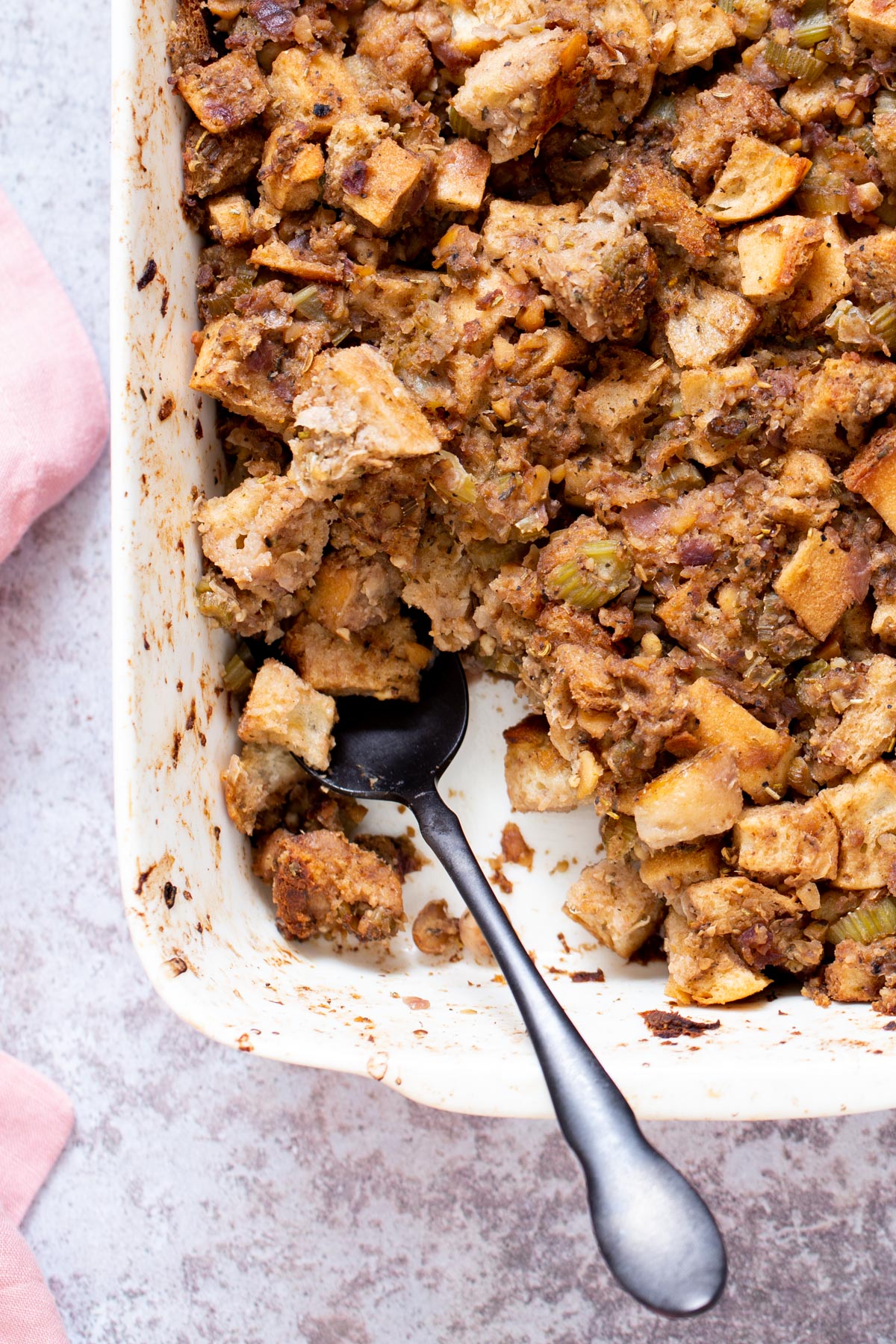 And for Thanksgiving dessert