I have been working on a new starter, and you can find details on that in my forum post.  Yesterday’s bake was the second bake using it, and so far so good!

The first bake was two loaves of Vermont Sourdough with a cracked rye soaker added to it.  The only variation is the levain.  I did not use an overnight levain build per Hamelman’s method.  Instead, I used the same amount of prefermented flour but out of a starter refresh at 140% hydration.  Loaves turned out great!  Completed bulk in 4 hours (50-75% rise at 76 deg F) and final proof in 1 hour.  No crumb shot for these as they were both spoken for by friends.

This loaf was an experiment.  I picked up a 10″ round banneton and haven’t made a loaf with it yet.  This loaf was a porridge bread that used farro, hulled barley, maple sugar, and whole milk for the porridge.  The loaf also had spelt and barley flours.

The porridge was made by cooking the farro and hulled barley with water only and low heat until fully hydrated and soft (~2 hours).  The fully hydrated grain was pureed in a food processor before returning to the pot where the milk and maple sugar was added.  Cook on low heat and stirring regularly until the porridge is creamy.

Again, I used the new starter at 140% hydration after a 9 hour refresh.  I didn’t know where to go with hydration as this used spelt, had a significant amount of low gluten flour with the barley, and had a creamy porridge.  It was on the wet side after final mix.  Thought about adding a little more flour, but I wanted to see if the flour would take it.  It was close, but the loaf spread a little more than I wanted.  This bread proceeded very similar to the VSD.  Bulk was nominally 50-75% rise and was done in just under 4 hours.  Final proof was also an hour for this dough.

The loaf spread more than I wanted, but I attribute that to the moist dough and the spelt.  I couldn’t quite get the strength in the dough that I wanted.  However, the crumb was excellent with this bread!  I split it with my neighbor, so I had to cut it a little early (~ 5 hours after baking).  It was still curing, but very happy with it!

All three of these loaves were baked at the same time using the new baking steel. 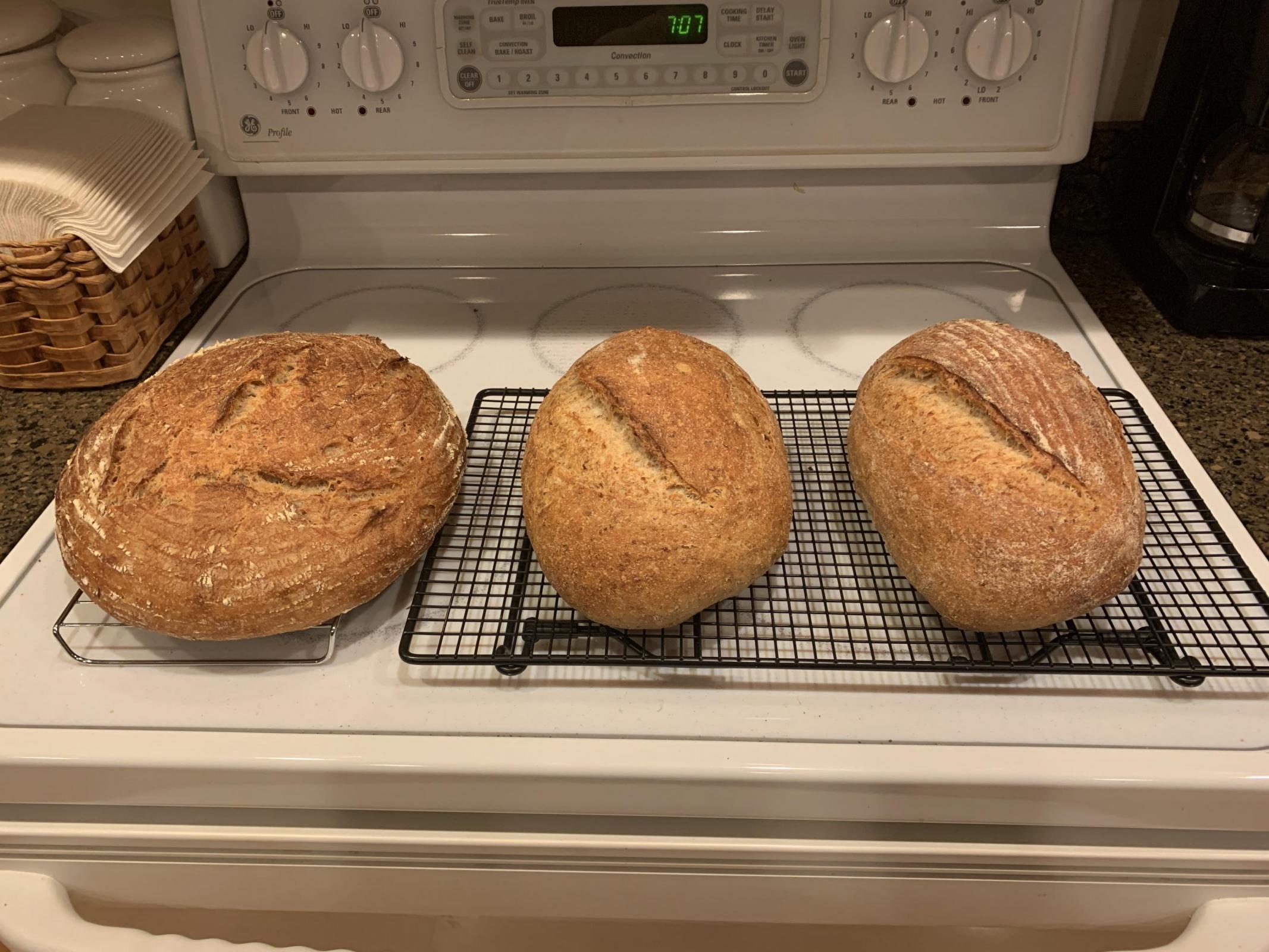 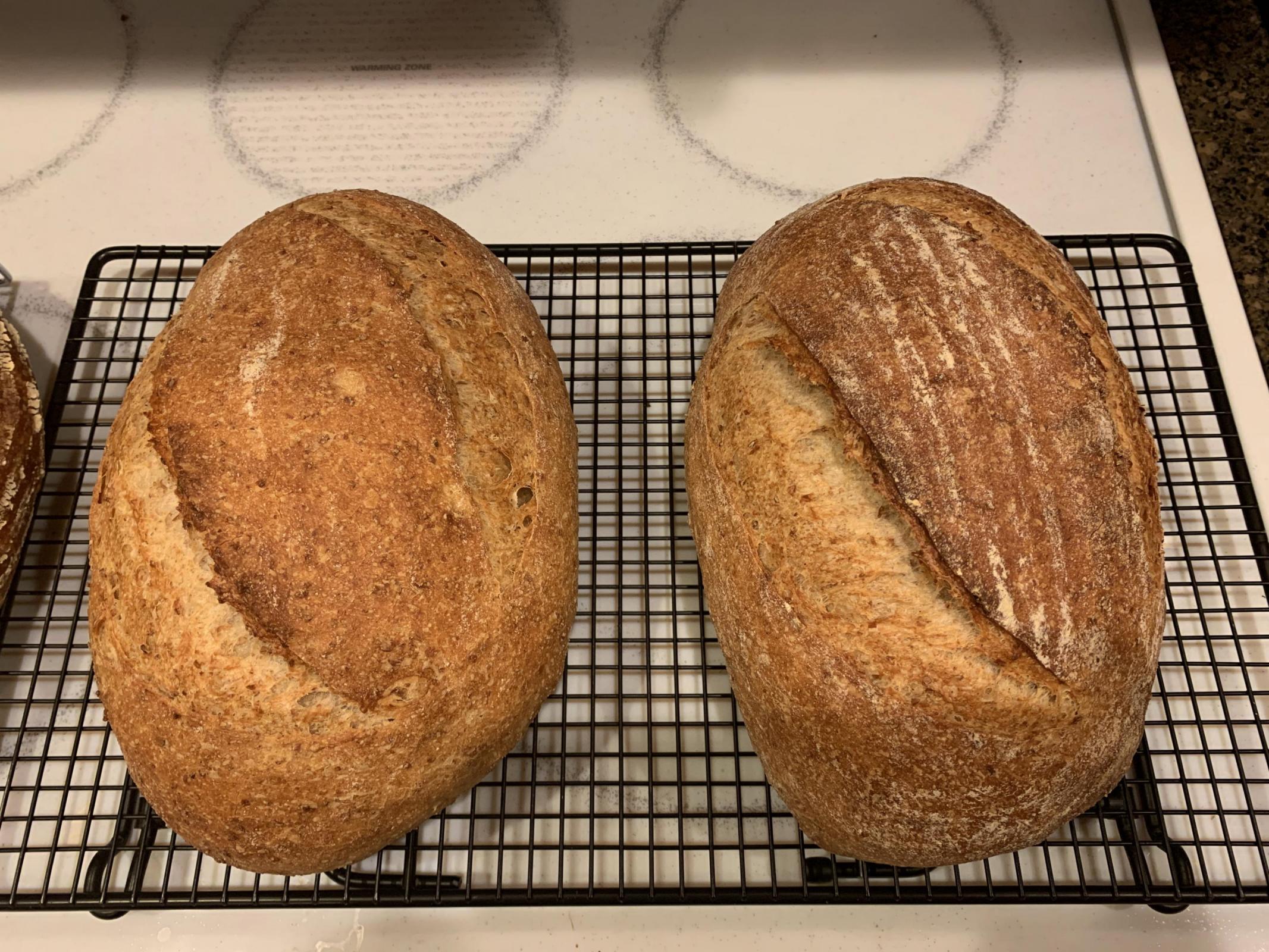 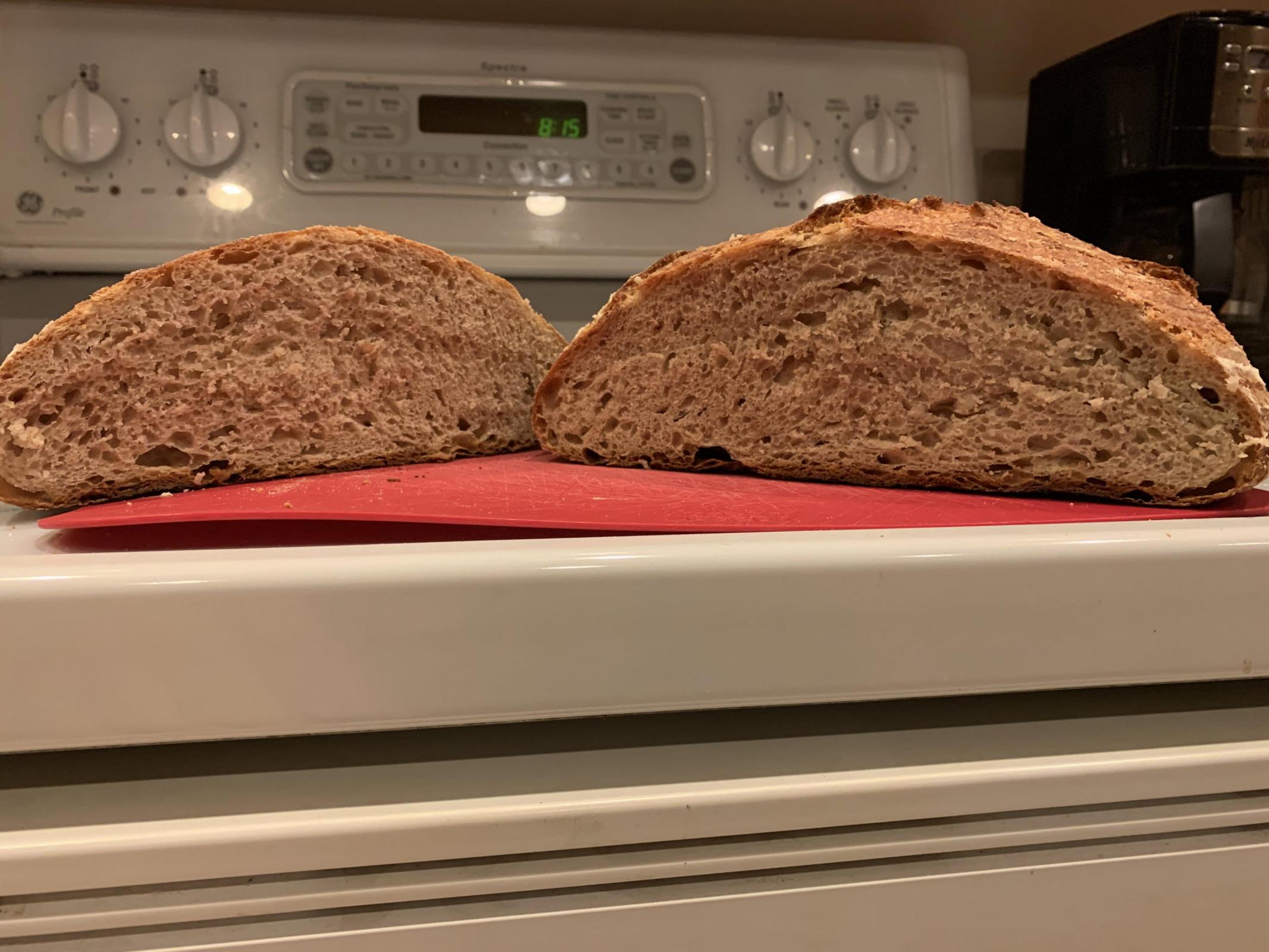 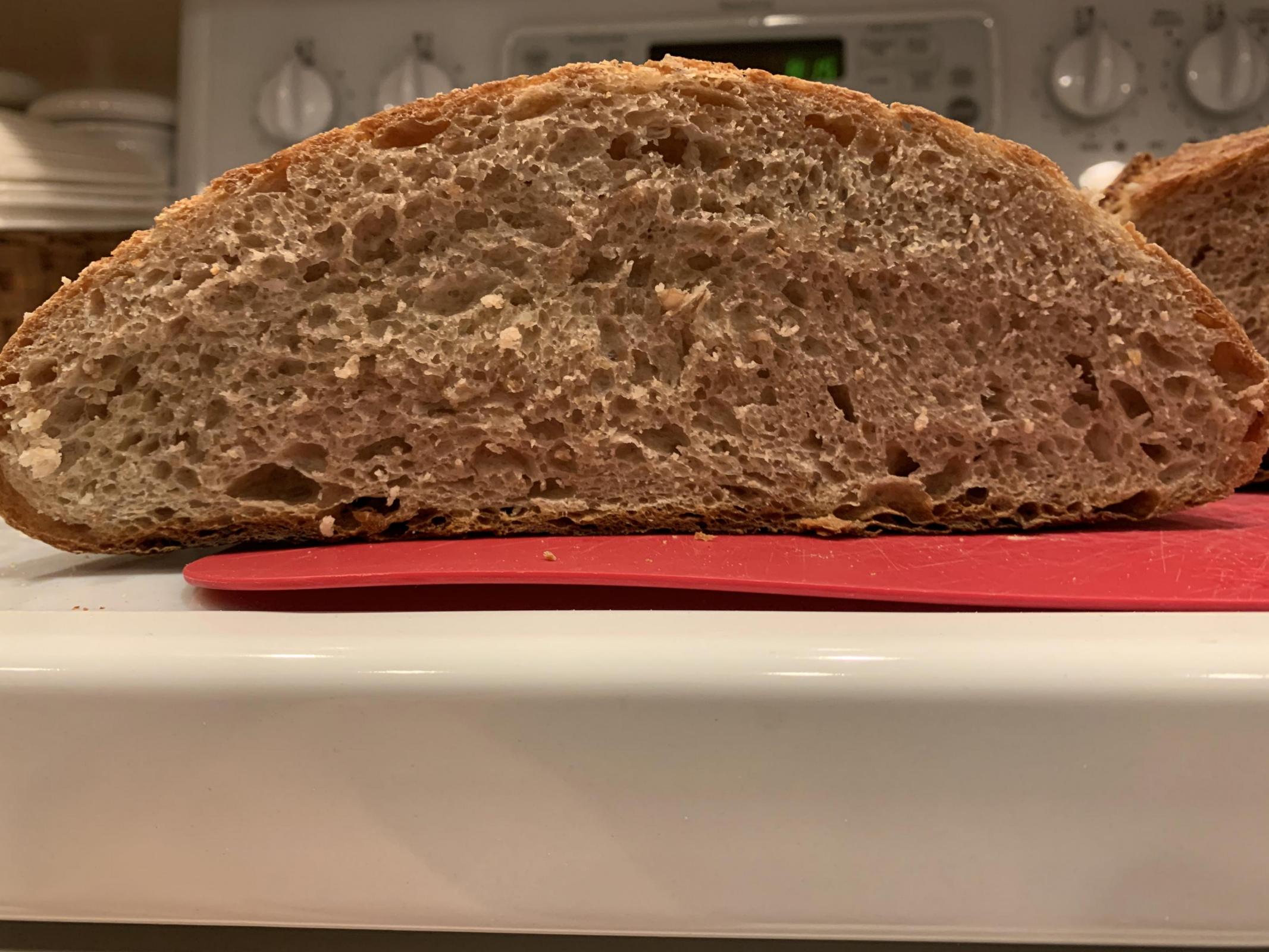