I haven’t baked plain sourdough baguettes in a while and I thought it would be a good way to test out my new flax linen couche.  You might recall that my old couche, sold to me as being flax linen was in fact 100% cotton and has given me tons of grief each time I’ve tried to bake ciabattas.  The dough would stick no matter how much flour I used.  So I broke down and got a new couche.  I seasoned it by sprinkling then rubbing in white flour.  It did work well and my baguette dough didn’t stick, thank goodness.  The big test will be trying ciabatta again.

I’ve updated my formula for these baguettes and used Scott McGee’s MeGee’s shaping.  I’m very happy with his technique.  In fact, when shaping the baguettes you never press down at all on the dough to elongate.  You press along the edge where the dough meets the table which builds tension and elongates the dough.  This time I’ve increased the hydration to 72% and increased the dough so each baguette is 330 g.  I was easily able to shape the baguettes to the maximum length of my cookie tray that fits in my fridge which is 15 inches.  The shaped baguettes sit in the couche on the cookie tray which makes it easy to give the dough a final chill to ease scoring once they are fully proofed to 30% rise by aliquot jar.  By the way, the pH of the dough at the time of baking is a relatively high 4.34.  For hearth loaves I’ve been aiming for a pH of 3.8 – 4.0 at the time of bake.

With the longer baguettes I’ve now also done five scores per baguette which I think works well for this length.  I’ve need a bit more practice to avoid overlapping them too much which I did particularly in the one baguette where the ears broke from the oven spring. 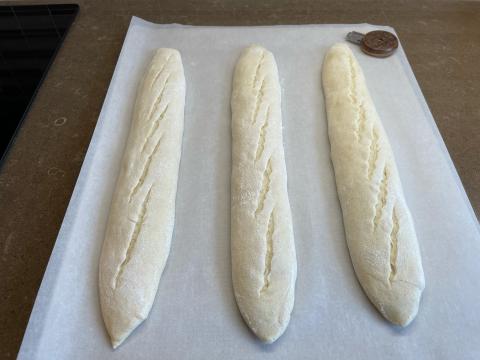 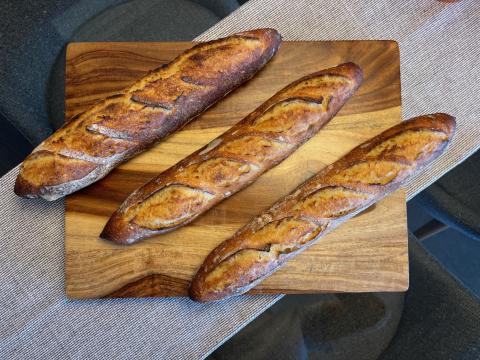 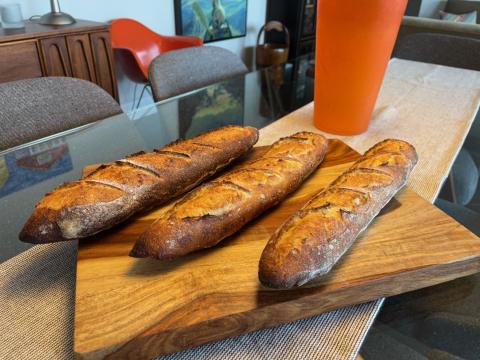 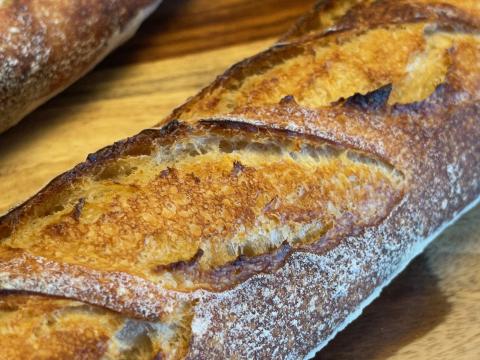 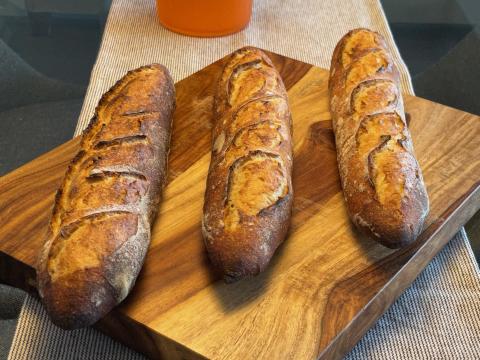 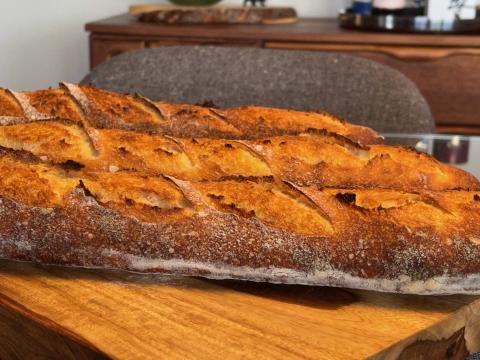