Last weekend I made a sourdough baguette using the yudane method (20% flour from the recipe + equal weight of boiling water, left overnight). The yudane is added to the dough before bulk fermentation. I used fresh milled hard wheat for my first one.

Once again this is a variation of Maurizio Leo’s sourdough baguette recipe with low aesthetics!

My dough recipe is 80% AP and 20% buckwheat. I measured the buckwheat out and toasted it in a skillet on high heat, mixing regularly until it was browned a bit. Here you can see before and after. 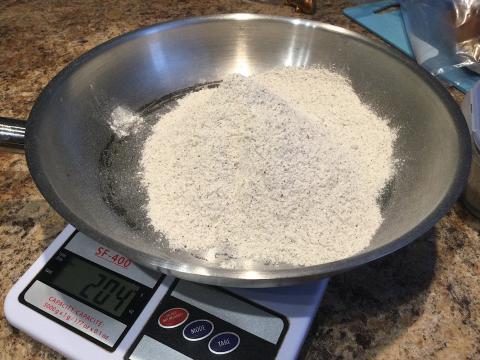 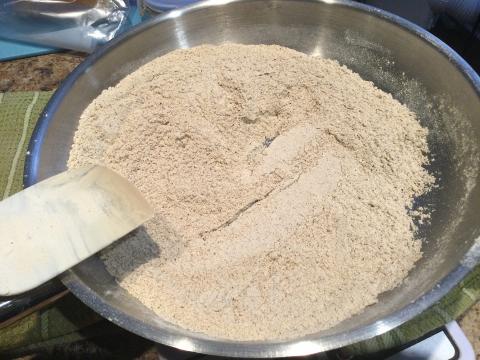 After toasting I made the yudane by adding an equal weight (200g) of boiling filtered water. Note that I should have let the flour cool first. I got flash boiling of the flour in the mixing bowl because everything was too hot. This resulted in losing water to steam, which I had to replace by weighing it all out again.

I let it sit overnight. Next day I autolyzed the AP flour and filtered water for 30 mins with the yudane folded in. This was because this yudane was a bit dry (compared to the fluffy porridge I had with a milled wheat version with no flash boiling).

This yudane had some bits that didn’t fully integrate into the dough unlike last time.

Then overnight in fridge. 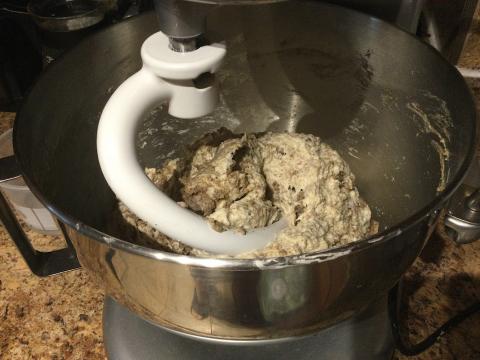 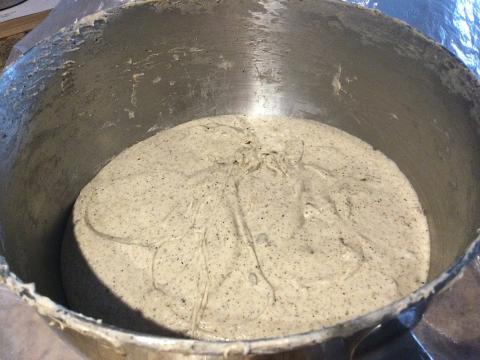 Next morning dough had risen a lot in fridge. I scooped it out, shaped and baked.

A very slack dough. I bookfolded and coiled each portion, then did baguette shaping. 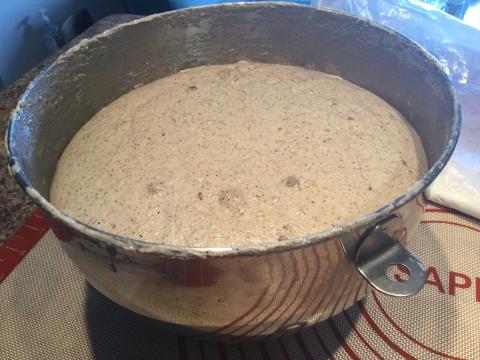 Loaves were not as puffy as wheat ones. May be overfermenting / proofing. Slashing didn’t work too well with slack dough. I was a little impatient and abusive in my dough handling which shows :p 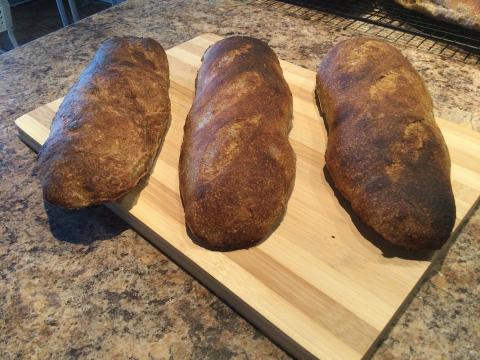